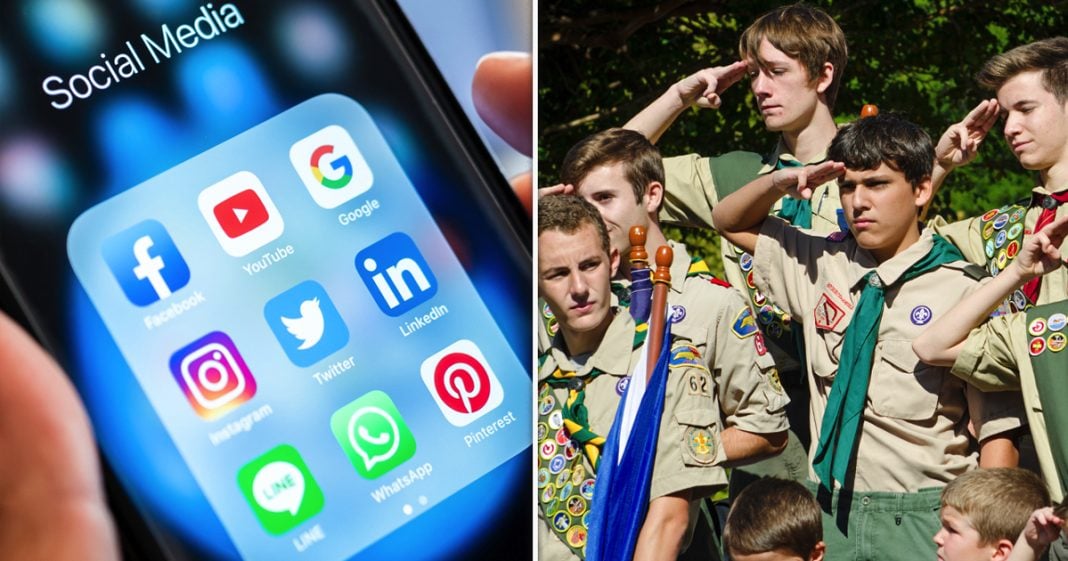 Via America’s Lawyer: Big Tech has now become the biggest spender in federal lobbying. Is there still hope for an antitrust crackdown? Mike Papantonio & Farron Cousins discuss more. Then, Mike Papantonio is joined by attorney Steve Babin to explain how the Boy Scouts of America is handling over 90,000 claims of sexual abuse after the organization declared bankruptcy earlier this year. The tidal wave of allegations is exposing the organization’s toxic culture which victimized tens of thousands of young boys over the course of decades.

Mike Papantonio:             Look, tech companies have now, they’re now becoming the most powerful lobby group in the United States as they fight this antitrust claim that has got to take place. Somebody has got to have the courage to pull the trigger. Tell me about it. We got about a minute left. Tell me about the antitrust claims and how these, these folks are spending billions of dollars to try to shut it down.

Farron Cousins:                  Right. Big tech, you know, Facebook, Amazon, all these groups, they’re now the number one lobbyist in the United States. They’re giving both to Democrats and Republicans, just really spreading money across the board to avoid regulations because so far they’ve managed to get through without having any real restrictions placed on them. That’s what allowed them to grow into these monopolies, to where they have these massive platforms and they say, well, if you want to use our platform, you also have to use our, you know, this program, this one, and this one. Much like the best way to describe it as back in the golden days of Hollywood, where the movie studios also owned the movie theaters and would only play their movies at the theaters. That was the monopoly that got broken up then and that’s essentially what we’re seeing with tech giants, who don’t want any regulation.

Mike Papantonio:             And the politicians on both sides, Democrats and Republicans, are just, just got their hands out. They got their pockets open.

Mike Papantonio:             The Boy Scouts of America has been inundated with more than 90,000 claims of sexual abuse and time’s running out for the organization to answer those claims. I have Steve Babin with me who was smart enough to get out in front of this, who figured out that something was way wrong with the scout organization. Steve, can you explain what these claims are alleging and how far back do they go?

Steve Babin:                         Yeah, Mike, these claims are alleging the most egregious thing there is it’s child sex abuse, and they go back to the 1950s or the 1940s. This is one of the most trusted American institutions that we’ve ever had and we trusted this institution with our kids. And what we have found out is this has gone on for decades and decades and decades at numbers that are, well, large enough to have the biggest sex abuse case in history with over 90,000 victims filing claims in the Boy Scouts bankruptcy.

Mike Papantonio:             What caused this? I mean, it seems like a sudden flood of new allegations that nobody’s talked about. Course. We’ve seen it again and again, with the media, you know, it was like with the Catholic church for so long, the media, corporate media would not take on the Catholic church. Same way with, you know, the whole Weinstein kind of stories. The media was terrified by it because the media, the corporate media will never stand up on issues that they should stand up on if there’s any pushback. So I’m wondering, is it part of that that caused this sudden flood of new allegations? Was it just the media again, not doing their job?

Steve Babin:                         I mean, I think it’s a number of things. I think, yeah, the media was not doing their job. That’s one thing. I think that this is a case where it’s young boys that were abused and it’s a case that, you know, I’ve got over a thousand clients and this is a case that my clients didn’t want to talk about. And what happened is there were sufficient cases filed. There were enough cases filed across the country where victims saw others stand up and have the courage to speak out against what happened. And, you know, when there’s more than one and there are many, it’s easier for those victims to stand up. And that’s what we had here, I think, is we had, you know, a lot of, a lot of men with, with the courage and women, with the courage to stand up about what happened to them and to speak the truth and to, you know, explain that the Boy Scouts didn’t, didn’t do what they were supposed to do. They didn’t take care of our children. And, and it was, it was a result of a, of a, of an epidemic failure from the top down without having proper policies or procedures in place or safety procedures or really anything. For many, many years, they had really nothing in place to safeguard our children’s lives when they, when they went with Boy Scouts camping and on trips that were overnight.

Mike Papantonio:             You know, no, what, what I wanted to get at Steve is I, I think back and when we analyzed the whole Weinstein awful story, we’ve found out that for example, MSNBC was even un, NBC unwilling to do a story when there was overwhelming for years overwhelming information, and they refused to do it because of their political contacts and because of the financial involvement. How, how was this one of the most prom, one of the most prominent organizations in the country, how did they manage to get by without having anybody looking at them seriously for so long? What happened here?

Mike Papantonio:             So you’re heading up Anne Andrews that by the way, I will tell you that the team that you’ve put together, Anne Andrews, superb lawyer out on, out on the West coast. She’s put together a program in bankruptcy, even though the Scouts is, they’re trying to hide behind bankruptcy, Anne Andrews figured out a way to make these people responsible anyway. What you’re trying to do in bankruptcy court, that’s kind of a new thing the way you’re trying to handle this, isn’t, isn’t it? It isn’t it something going forward could be important to all claimants, not just in, not just in the Boy Scouts case? What’s your take?

Steve Babin:                         I think, I agree. I think it is. I think Anne Andrews is a brilliant lawyer. I think we’ve got a great team that she’s put together with Adam Slater. It’s the Coalition of Abused Scouts for Justice, and that’s essentially the leadership group in this bankruptcy. And those are the lawyers that are going to get this case settled and get equitable just compensation for all of the victims. But, what, what she has put together and the team that she’s assembled, who sit in a leadership position in this case, there’s really a lot of deep knowledge and wisdom and skill sets there that come to the table to hopefully get some compensation on a quick timeline for our clients.

Mike Papantonio:             Yeah. I’m afraid people might hear about this case and say, well, it’s in bankruptcy. I can’t do anything. With what you’re doing and Adam Slater and Anne Andrews, and it really a great leadership team that you have there. You’re changing the way, I mean, look, you’ve got Lloyd’s of London, you’ve got the, you’ve got some of the biggest insurance companies in the world that have insured the Boy Scouts all the way back to the seventies. So just because the boy Scouts said, okay, we’re going to move into, in, into bankruptcy court, that doesn’t mean the fight is over. It means it’s just really started isn’t, isn’t that what’s happening here? The fight has really just started.