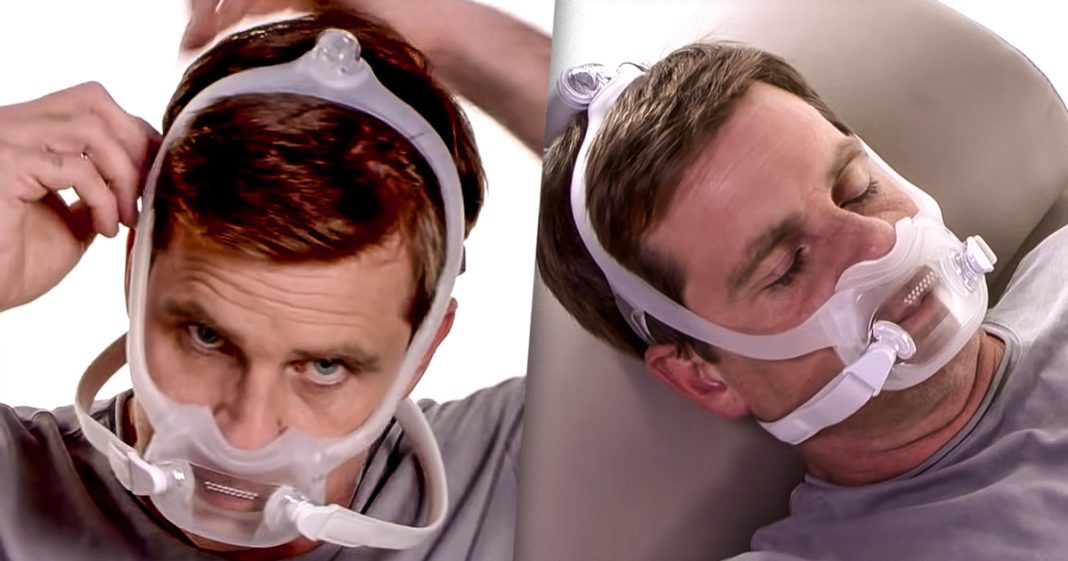 Via America’s Lawyer: Millions of Americans suffer from sleep apnea and rely on CPAP machines to get them through the night. But Philips’s DreamStation devices have been shown to break apart, releasing cancer-causing chemicals into people’s airways. From the Mass Torts Made Perfect conference in Las Vegas, RT’s Brent Jabbour fills in for Mike Papantonio, to sit down with attorney Troy Bouk to discuss the widespread dangers of these devices which could be slowly killing users in their sleep.

Mike Papantonio:             Millions of Americans who suffer from sleep apnea depend on CPAP machines to get them through the night. But it turns out these devices are releasing cancer causing materials, slowly killing users in their sleep. At a meeting in Las Vegas, RT’s Brent Jabbour sat down with attorney Troy Bouk to discuss the dangers of these devices.

Troy Bouk:                              Okay. Well, basically the CPAPs, the BiPAPs and the ventilators all use the same type of foam that is used for sound abatement, and that’s called PE-PUR foam. And that foam basically breaks down over time into little pieces and those pieces get inhaled into a person’s lung, and they can also be digested into a person’s system like that. And so you can get anything from kidney cancer, liver cancer, you know, nasal cancers we’ve been seeing, and you can also get sort of inflammation of the lungs and it can cause significant inflammation of the lungs. And I recently signed up a guy who has sarcoidosis, and I think that’s going to be one of the injuries in this case.

Troy Bouk:                              Yeah, you’re exactly right. And in fact, you know, for the DreamStation line, which is a very significant product line that Phillips advertises, their, their key advertisement was that it was 64% quieter than the competition. And so this foam was their competitive edge.

Brent Jabbour:                    So, it is essentially that they knew there was a problem, but they said, wait, wait, wait, before we do something, let’s make sure we have the, the next product in line set up so that we don’t have these issues. So we don’t lose any profit.

Troy Bouk:                              So right now, the JPML panel, which is the federal panel of judges, just decided this past week that they’re going to situate this MDL. They actually agreed to form the MDL and they’ve issued it to judge Conti in the Western district of Pennsylvania, which is Pittsburg, basically.

Brent Jabbour:                    And how many people are we talking about being involved? I mean, I know we say that millions of Americans, these are very common devices. I mean, I think we all know somebody who uses a CPAP machine for sleep apnea, because if you don’t know about sleep apnea, I mean, you could wake up because of the way it closes your throat and the way the air is actually transmitted through your body. It actually can wake you up hundreds of times, or up to 100 times that is to say, an hour while you’re trying to get a good night’s rest. So this is something that affects people and can really be detrimental if you have to struggle with it and this looks, and the way we’re looking at this right now.

Brent Jabbour:                    And what is Phillips actually saying in response to, as these, because there’s obviously they’ve done the recall, but what were they saying as far as when we start to see litigation coming forward?

Troy Bouk:                              Well, they actually came out and they said, you know, as part of this recall, unless you absolutely have to use these devices, don’t use them, except for the ventilators. Ventilators are sort of a life support device and so they’ve told people do not stop using them until you have an alternative device to go to. But for the CPAPs and BiPAPs, they basically said you need to contact your doctor and determine if your doctor weighs the risks versus the reward of using the machine. And that’s a lot to put on a doctor and I’ve talked to lots of pulmonologists now, and they’re quite upset about this because it is basically having a doctor make a medical decision based on information they’re not aware of because, you know, the pulmonologists that I spoke to said, hey, you know, I don’t know how dangerous these machines are. I haven’t done any studies. I haven’t seen any results. There’s no epi studies in there. So how, how can I make that reasonable decision and tell my patients, oh yeah, continue to use it? You know, Phillips needs to be coming forward and bringing this information to us. How dangerous are your machines? You’re saying you’re recalling them all. You’re saying that could be carcinogenic. But what are we talking here? What’s the probabilities? What’s the chances?