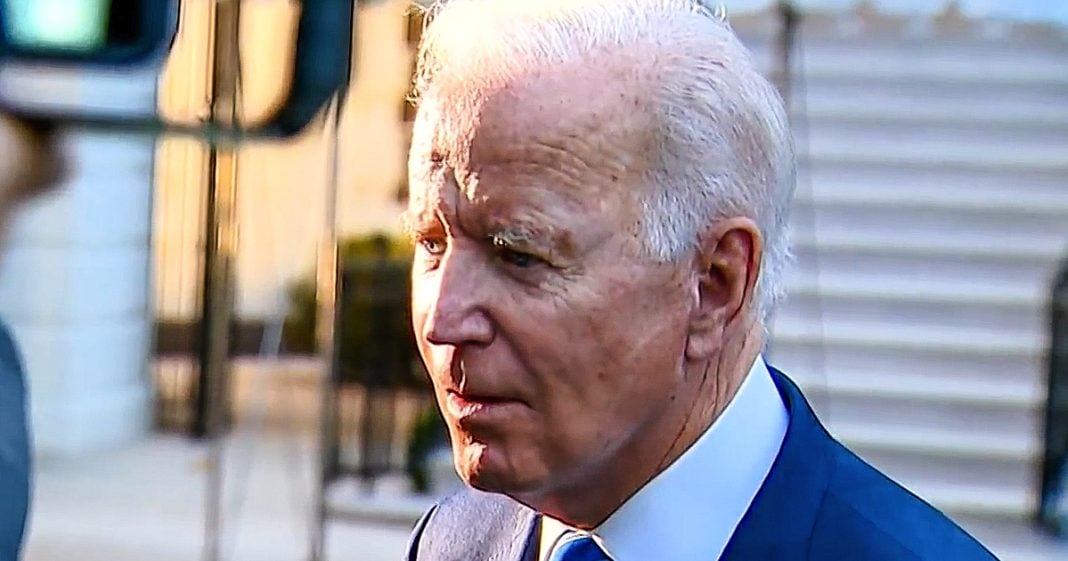 Mike Papantonio:             President Biden’s approval rating is getting worse by the week. It’s abysmal. The Democrats need to figure out how to stop the bleeding before the next cycle. I think it’s bigger than that. Okay. I think the Democrats need to be looking for a new presidential candidate. It’s not Harris, I can promise you. This whole cackle thing that she does. She cackles about everything. The media has just taken, they’ve embraced that everywhere from Saturday night, live to CNN. It’s ridiculous. She’s not the candidate. Biden, I’d be surprised if he makes it through this, I really will be surprised if he makes it through this first, these, these 10 years.

Mike Papantonio:             You know, do you know I talked to five doctors about that. Three of them said it is a sign of dementia. If you’ll go, It’s just one of the signs. It’s this rigidity. I mean, he was stand, didn’t know what to do with his hands. So my point being, look, we got rid of Trump. Hallelujah, we got rid of Trump, but that doesn’t mean we have to stop with this guy who president Obama would not even endorse. I mean, think about it. He was with president Obama for eight years and Obama, kicking and screaming, had to come out and endorse the guy. He is a scary little guy. I don’t know how else to put it.

Farron Cousins:                  He really is. And I think the public obviously is waking up more and more to that. The shock of having Trump as president has worn off and that’s what attributed to a lot of his early high approval ratings.

Farron Cousins:                  But now that the shock has worn off and people are starting to finally calm down and look and they say, well, wait a minute. What’s changed though? What’s changed? And the answer is nothing in regards to just about everything. There’s nothing different from this point this year and this point last year, pandemic excluded obviously. But in their daily lives, you know, the, the, the dining room table issues.

Farron Cousins:                  Those haven’t changed for anybody. They’ve gotten worse in many instances. They see the dysfunction of these Democrats in DC right now, arguing over what we can and can’t do in a budget bill, but it all falls back on him and it should, he’s in charge and he’s not doing a good job.

Mike Papantonio:             There’s no way to avoid his lia, his, his liability here. This man, I mean, all you gotta do is watch the guy and understand there is something really wrong here. Okay. And that’s, that kind of scares me just a little bit. It ought to scare everybody. Am I glad Trump is gone? Absolutely. I’m delighted that he’s gone. But this guy is really scary to me. And if, if, if I don’t care how, you know, Democrat you are, I invite, you know, we’re going to get, oh, how dare you say that about Joe? I don’t give a anymore. Somebody has to say it. They have to say it. Look, they’re yelling and screaming F Biden at football games all over this country. I don’t know if you followed this story.

Mike Papantonio:             We gotta find a candidate. The Republicans don’t have a candidate either. I mean, they don’t.

Mike Papantonio:             So you dig yourself out of it. You find somebody that, you know, is maybe still lucid and somebody who has some charisma and appeal and there are a lot of people out there. Let’s go looking is what I’m trying to say.