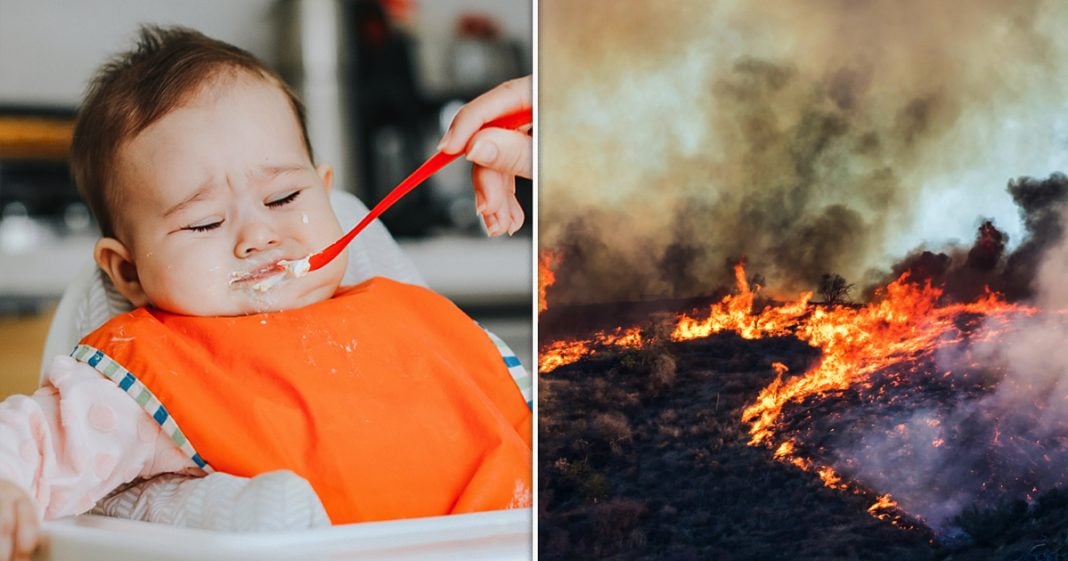 Via America’s Lawyer: Back in February, the House of Representatives released an alarming report about toxic heavy metals found in popular baby foods, which can cause long-term developmental harm. Attorney Madeline Pendley joins Mike Papantonio to discuss how manufacturers now face a bundle of class-action lawsuits. Also, PG&E is charged with 11 felonies including manslaughter over the 2020 Zogg wildfire which killed 4 people in Northern California. Mike Papantonio and Farron Cousins discuss more.

Mike Papantonio:             Finally tonight, some good news. A district in Northern California has announced criminal charges against power company, PG&E, alleging the company is totally responsible for last years Zogg fire. Farron Cousins joins me again to talk about this. This is so critical because it’s a breakthrough, isn’t it? It’s a breakthrough to where it lasts just because somebody is in an Armani suit and has an MBA and they kill people, in the past, it’s our history, we don’t do anything about that. We, we, we put people in prison for selling 10 ounces of marijuana. But guys like this who make these decisions, no, no harm.

Farron Cousins:                  Well, exactly. And right now, PG&E from the Shasta county, 11 felony charges, including manslaughter and then 20 misdemeanor charges, all for this Zogg fire, where you did have multiple people die. You had millions and millions in property damage. And this was just the latest in a long line of fires in California that had been linked to faulty PG&E equipment. And this one is all because they didn’t remove a tree, a tree, one tree in 2018, they had marked it for removal, but never came back to get it. Had they, you would. I mean, it’s, it’s insane to think that you would have saved millions of dollars and multiple lives by cutting down one tree.

Mike Papantonio:             Look, let me describe manslaughter. Manslaughter is some cat that drinks a bottle of whiskey and then he drives through a school zone at 90 miles an hour and kills somebody. Okay. That’s manslaughter. There’s no, the analysis is the same here. The company understood, they have history after history of fires destroying entire swaths of California. This time, they knew that they knew what the problem was. We have a problem, 2019, the tree is going to fall over on this distribution line and if it does, it’s going to cause a fire. That’s exactly what happened. People in charge ignored it.

Farron Cousins:                  Yeah. And you have to throw the, I know we say that so much it feels like it loses meaning, but if you do not throw these individuals in jail, they will never learn because paying fines is nothing to them. They write most of it off on the taxes anyway.

Mike Papantonio:             That’s all for tonight. Find us on Twitter and on Facebook @facebook.com/rtamericaslawyer. Watch all RT America programs on DirecTV 321. Also stream them live on YouTube and be sure to check out RT’s new portable app where you can watch all your favorite shows. I’m Mike Papantonio and this is America’s Lawyer where every week we tell you the stories that corporate media is ordered not to tell because their advertisers won’t let them and because their political involvement doesn’t allow for it. Have a great night.