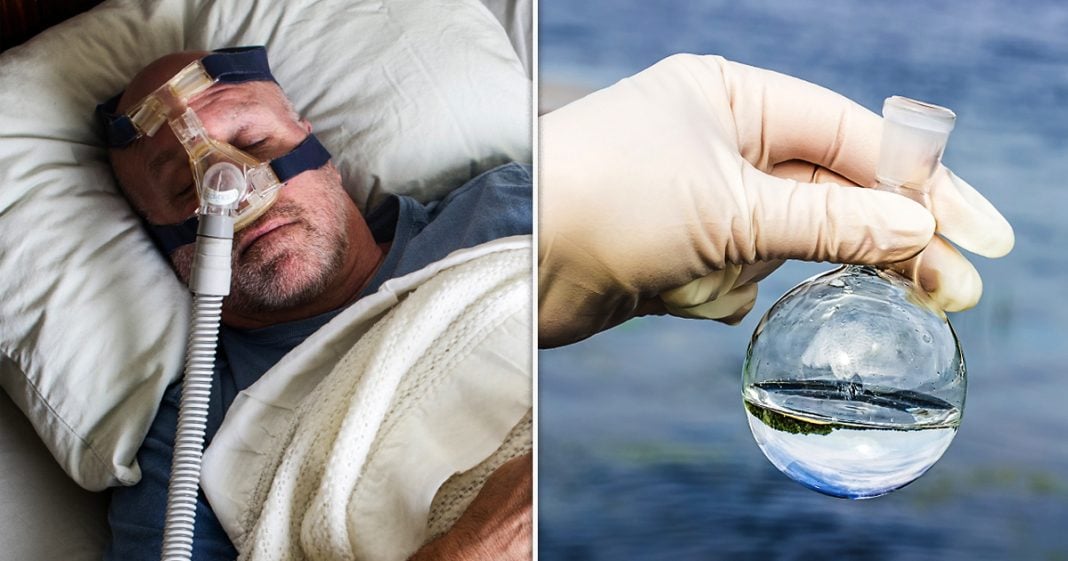 Via America’s Lawyer: Millions of Americans who struggle with sleep apnea depend on CPAP machines and ventilators to get a good night’s rest. Attorney Troy Bouk joins Mike Papantonio to discuss the mass recall of these sleep aids after they were found to contain cancer-causing chemicals. Then, the EPA finally proposes limits on toxic PFAS chemicals in wastewater. Mike Papantonio and Farron Cousins discuss more.

Mike Papantonio:             Finally tonight, some good news. The EPA has finally proposed limits to chemicals known as PFAS in our waterways. You think? They’ve been looking at it now for 30 years and they’ve, they’ve let us, they’ve let us swallow all this poison and, you know, now they say, well, maybe we’ll do something. What is it?

Farron Cousins:                  That’s the problem. It’s not, we’re definitely doing something yet. It’s, we’re going to start looking at what we should do in the future. This is not something that will happen under the Biden administration. This will take years. But again, you got to take a victory when you get it and this is about as close as we get on the issue of PFAS, these deadly forever chemicals that cause all sorts of cancers in people who consume them. They’re bioaccumulative, they build up over the years and we have 44,000 facilities in the United States, right this second that are dumping this in their wastewater. And it’s getting into groundwater, getting into rivers. It’s, it’s everywhere.

Mike Papantonio:             Go to Netflix and look up The Devil We Know. It was a documentary that they, these, these folks followed me around for two years. It’s about the case I tried up in the Ohio River Valley. It is a, it is a startling story of the EPA and the buffoons that run the EPA, allowing this poison to stay in our water and presidency after presidency, that’ll take no action. Biden could close this down tomorrow, you understand?

Farron Cousins:                  Right. And their prpposal to set limits on it, they, that may not even be good enough because what we’re seeing now, there may be no safe exposure level.

Mike Papantonio:             That’s all for tonight, but find us on Twitter and Facebook @facebook.com/rtamericaslawyer. You can watch all RT America programs on DirecTV channel 321 and also stream them live on YouTube and be sure to check out RT’s new portable app, where you can watch all your favorite shows. I’m Mike Papantonio and this is America’s Lawyer where every week we tell you the stories that corporate media is ordered not to tell because their advertisers won’t let them or because their political involvement doesn’t allow for it. Have a great night.