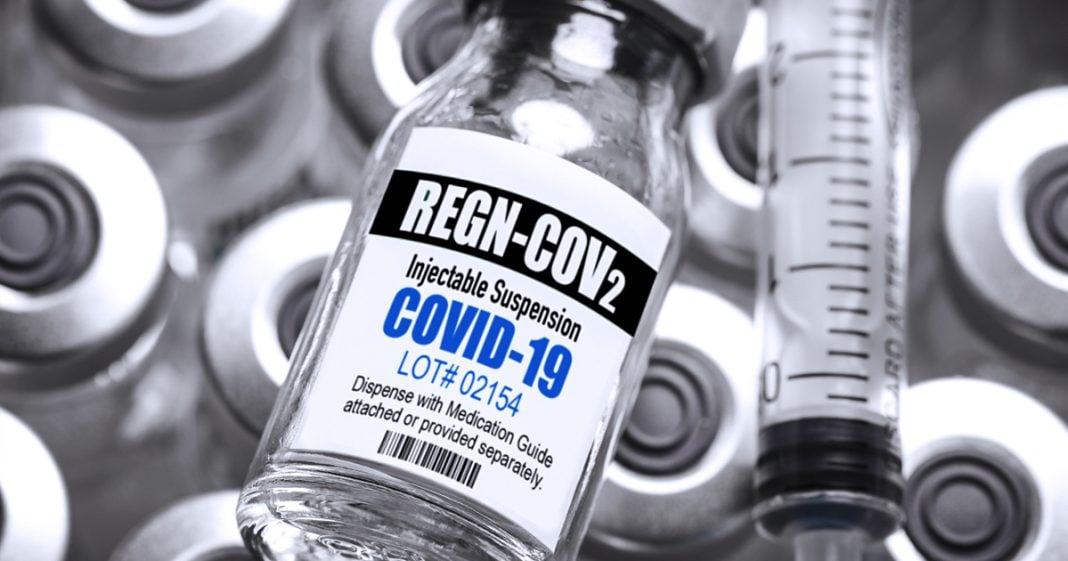 Mike Papantonio:             The Biden administration decided to ration Regeneron treatments and Republican lawmakers have drafted legislation to prevent him from cutting off treatment. Okay. I got to tell you something. This is the time to take your Democrat hat off or your Republican hat off and let’s just talk about human life. Okay. If this is true, if this is true and everything I could read say it, says it is true. They’re denying they did it. They’re actually playing with people’s lives. They have potential to kill people by not giving them this treatment. And if you follow the story, it’s all about politics. These folks, they didn’t vote for us. So we’re going to punish them. That’s kind of way this story reads. Now give me your take on it, I’m interested.

Farron Cousins:                  Well, we’ve got, this move by the Biden administration to, you know, basically start rationing the monoclonal antibody treatments came after it was discovered you got seven states, all red states, that basically have hoarded about 70% of the supply.

Farron Cousins:                  So 43 states are left to split the remaining 30%. So on paper, again, we’re not being partisan, on paper that looks really bad, you know. Okay, you can’t have 43 states fighting over 30%. So the Biden administration says we’re going to have health and human services come out. They’re going to do this equitable distribution. But the question I do have is was there evidence that these remaining 43 states were not able to get the treatments or were they even seeking them? Because if you do not have that, if you don’t have these states saying, we want it, but can’t get it, then there is no other explanation other than this is politics.

Mike Papantonio:             And, you know, and, and, and the, the spin on this is that this is Biden playing politics with human lives because he doesn’t like the politics. Now, Florida, for example, there is a shortage of it. If, if you or I got sick, there’s a shortage of this treatment because of the decision that Biden made or, you know, directed the, the, the argument is that he directed this, uh, he directed the DHHS to cut back the supply. I don’t know if that’s true or not, but that’s the talking point. It just looks so bad for the Democrats, doesn’t it?

Farron Cousins:                  Well, at the same time, you also have, you know, Ron DeSantis here who one of his major donors gave millions of dollars to his political action committee, happens to have a direct financial tie to Regeneron. And that’s when you know, that was revealed after DeSantis opens up all these Regeneron treatment clinics here. And you have these governors who instead of pushing vaccinations are pushing, hey, don’t worry. If you get it, we’ll treat you. So I believe there is plenty of bad behavior on, on both sides here, really.