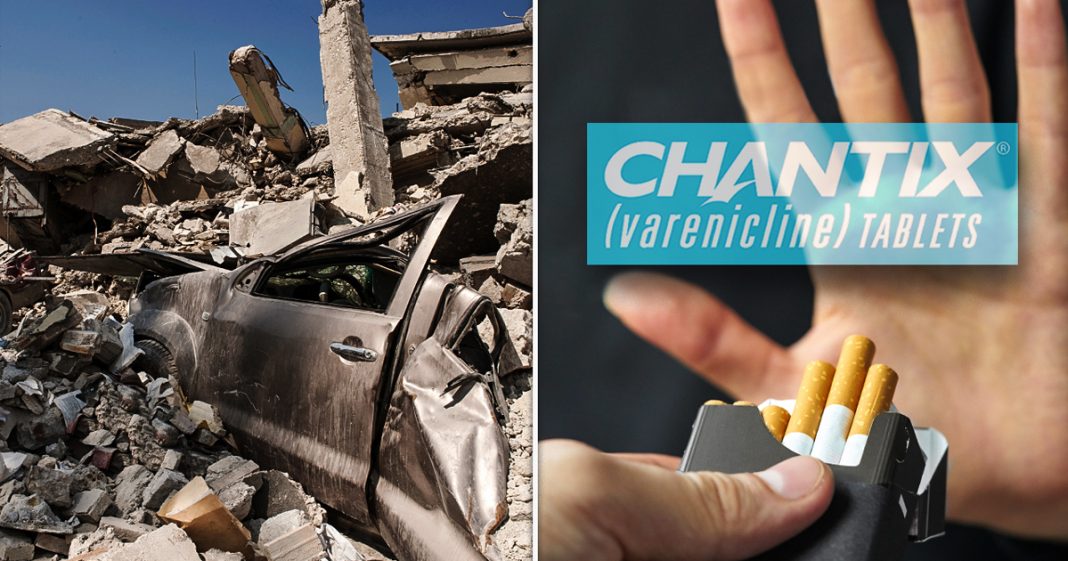 Via America’s Lawyer: RT correspondent Brigida Santos joins Mike Papantonio to explain how lawmakers are voting to end U.S. support for the Kingdom’s deadly bombing campaign against civilians in Yemen. Also, Pfizer announces a global recall of its anti-smoking medication Chantix after studies linked long-term use of the drug to certain cancers. Mike Papantonio is joined by attorney Joshua Harris to outline the long-term dangers of the drug.

Mike Papantonio:             House lawmakers have approved an amendment ending all support for the Saudi lead bombing campaign in Yemen. Brigida Santos joins me now to talk about that. Brigida, first of all, what can you tell me about the amendment? What are the details here?

Brigida Santos:                   The amendment to the 2022 national defense authorization act was introduced by Senator Bernie Sanders and Congressman Ro Khanna who says, quote, our amendment would end all US logistical support and a transfer of spare parts for Saudi war planes that are bombing Yemen, bombing schools, killing children and bombing civilians in the largest humanitarian crisis around the world. Khanna says they introduced this amendment to finally end US complicity in the Saudi led war on Houthi rebels in Yemen, which the US has supported since 2015. While the bill passed in the House of Representatives it now goes to the Senate for upper chamber NDAA conference negotiations.

Mike Papantonio:             You know, the difficulty that the Saudis have had is that it’s like, their, their basically, they could lose their, their whole control over Saudi Arabia, the Royal family can, unless they can control the radicals. You know, the radicals are kind of in control right now in Yemen, and they’re afraid that’s going to bleed over to Saudi Arabia. I mean, the connection is all about the Royal family. There’s no reason for these bombings. There’s absolutely no reason for these bombings. They’re killing civilians by the hundreds and thousands. The House also passed another amendment to the defense bill that undermines the amendment by, it’s introduced by Senator Sanders and congressmen Khanna. Tell me about that if you would.

Brigida Santos:                   Yeah, that’s right. Democratic lawmakers also passed an amendment to the national defense authorization act introduced by House foreign affairs committee chair, Gregory Meeks. Now that amendment prohibits the maintenance of American made war planes used by Saudi military units, that the president personally finds responsible for offensive airstrikes that result in civilian casualties. Now that’s great. However, there’s one major caveat an exception that allows the US to continue providing maintenance to war planes defending Saudi territory from Houthi attacks. Now this amendment could essentially be used as a loophole by the Biden administration to continue offensive operations in Yemen permitting business as usual and of course, undermining the Bernie Sanders, Ro Khanna bill.

Mike Papantonio:             What’s the likelihood of these amendments passing, Brigida, as you see it right now? I, you know, I, I, I hear this, there’s just so much division right now within the Democratic party. It’s just the division’s crazy. What do you think about this actually passing?

Brigida Santos:                   Well, this is the first time since the Saudi led coalition launched its military intervention in Yemen that the Democrats have had control over the White House and the upper and lower chamber of Congress. However, both parties have consistently been united on war. So we’re going to have to wait and see whether Congress thinks tax payers should stop bankrolling maintenance and spare parts for Saudi war planes to continue bombing civilians, or if it chooses to keep fueling the world’s largest humanitarian crisis. Now in the end, it’s entirely possible that the Sanders Khanna amendment is scrapped and the watered down amendment with all those loopholes proposed by Congressman Meeks makes that final annual defense authorization bill. We’ll have to wait and see.

Mike Papantonio:             Pfizer’s announced a global recall of its anti-smoking medication Chantix after studies linked long-term use of the drug to certain cancers. Meanwhile, the FDA insists the health benefits of stopping smoking outweigh the cancer risk of Chantix. That sounds like classic to me. Joshua, Josh Harris with our law firm. Josh, first of all, I look at this case and I see a pattern. Okay. The pattern is the FDA’s always going to side with corporations as long as they possibly can. That seems to be the case here. Their argument is there’s, you’re not taking enough of this. You could, you can go a long time and taking in this toxin. You’re going to be okay. What sparked the recall?

Joshua Harris:                     Well, the recall was sparked because Pfizer noticed back in June that their product Chantix had levels of nitrosamine in it, which is a chemical compound, which is known for decades to be linked to cancer and causing cancer. From June Pfizer was going and reviewing these to see if there was any way that they can recoup this. They stopped distribution and then finally, earlier this month in September the FDA worked with Pfizer to say that they needed to do a recall. But you’re absolutely right. The problem is that they keep substituting one bad thing for another.

Mike Papantonio:             Yeah. And the FDA is used to that. If it’s, it’s, they’re at the beck and call of corporate America. Now the truth is, the company’s known about this problem a long time. They’ve certainly known about the concept of NDMA, right? NDMA is one, is, is part of this class of, of, of issues. NDMA they understand there really is no safe level of NDMA. But here they’re saying, yeah, there’s a safe level. We’re going to allow it to happen. How, how long did the company know about the problem?

Joshua Harris:                     Well, they’ve known about nitrosamines including NDMA for at least the past 20 years, that’s been publicly available. In fact, the FDA published articles and support in 2000, I believe, saying that companies need to be on high alert for these cancer causing chemicals. But they still allow it. They allow a daily level that you can take. But here Chantix is at two and a half times the acceptable level.

Mike Papantonio:             You understand that acceptable level that the, that the FDA does, it’s just a decimal point.

Mike Papantonio:             Okay. And they get pressure from the drug company to move that decimal point. They get press, they get pressure from Congress to move the decimal point. So Pfizer can continue making big profits. And we know this about NDMA. Here let me give you an example. I know, you know this and it’s banned in the United States. You can’t buy NDMA. The only thing they use it for is to test laboratory rats, to get them cancer, cause cancer as quickly as they can. So how dangerous are these compounds?

Mike Papantonio:             Apop, apoptosis, it causes a whole chain of issues with, at a cellular level, your body’s affected. But the FDA says, oh, you know, you gotta have.

Mike Papantonio:             Yeah, this is a level of acceptability because, gee, smoke, smoking is terrible. But there are other things besides Chantix that people can take it.

Joshua Harris:                     There’s, there’s much safer alternatives. And actually that’s what anyone who’s doing Chantix right now needs to do. They need to go talk to their doctor. They need to get off it as quick as they can, because the longer they ingest this, the higher their risk of cancer is. The studies all show that. The doctors know it. Pfizer knows it. The FDA knows it. And they’re just, like you said, doing a work around so Pfizer can keep pumping out this $1 billion seller.

Mike Papantonio:             You’ve been handling cases against drug companies a long time. How much confidence do you have in the FDA making any kind of proclamation that, hey, keep taking this, you’re going to be okay?