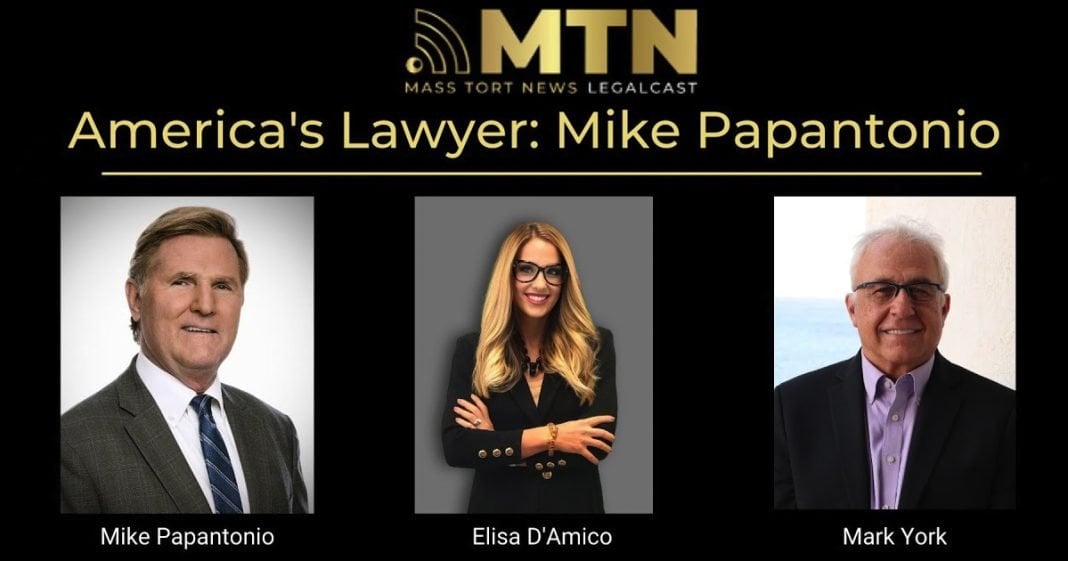 Via Mass Tort News LegalCast: Mike Papantonio is a senior partner with Levin Papantonio Rafferty, one of the largest and most well-known plaintiffs’ law firms in the United States. His award-winning work handling thousands of mass tort cases throughout the country has led to numerous multi-million dollar verdicts on behalf of innocent victims of corporate greed and malfeasance.

He is also the host of “America’s Lawyer,” an international television show, where he exposes corporate negligence and government corruption. And, Mike is an acclaimed author who has written several novels based on his cutting-edge work: Law And Disorder, Law And Vengeance, Law And Addiction, and co-author of the soon-to-be-released Inhuman Trafficking. (click here to order)

Mike was instrumental in launching “Mass Torts Made Perfect,” which holds annual conferences for the top personal injury attorneys, teaching successful litigation strategies to use against multi-national corporations and mentoring lawyers to help them improve and grow their legal practice.