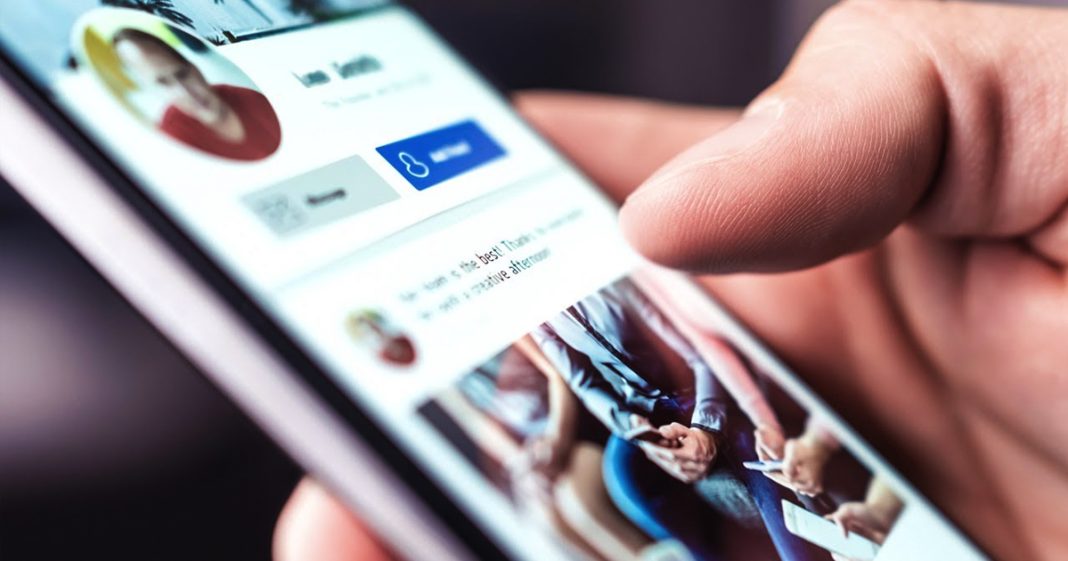 Via News. Views. Hughes: Attorney Madeline Pendley joins Natasha Sweatte to discuss the new scrutiny on social media giant Facebook’s abuse of users’ privacy following a document dump by an employee-turned-whistleblower. She also speaks to the growing awareness of social media’s toxic impact on the self esteem of young women and Facebook’s financial interest tin stoking polarization and controversy.

Natasha Sweatte:            Tech giant Facebook has been making headlines recently, but now there’s even more to report. More than 1.5 billion Facebook users are reportedly having their information sold from the social media platform. This means their private information is now possibly visible to cyber criminals. And while there have been privacy breaches in the past, this is the biggest one yet. For more, we turn to Madeline Pendley attorney with the firm Levin Papantonio Rafferty, Madeline, thanks so much for joining us today.

Natasha Sweatte:            Now, there are several things I would like to cover with you, but first, what do you make of this Facebook data dump? Has it surprised you since, you know, maybe users thought after prior breaches, their information might have been more secure?

Madeline Pendley:        Okay. So yes and no. It is surprising on the one hand because you would think just like you mentioned earlier that after this massive data breach earlier this year where 500 million people had their privacy compromised, that maybe Facebook would take some action to ensure that this didn’t happen again. However, that seems to be too good to be true. So of course we’re in the same situation again, this time it’s to an additional 1.5 billion people. And based on the data that we have from this second hack, it seems that there wasn’t any overlap in the two breaches, which means we’re looking at almost 2 billion people independently who’ve had their data essentially stolen from them on Facebook in just the last year.

Natasha Sweatte:            Wow. And now we saw a whistleblower come out, a former Facebook employee who claims the company is misleading the public on progress. You know, she went on to say that getting exposed to more anger causes more interaction among users. So what do you make of these claims?

Madeline Pendley:        I actually find that to be credible. I think it lends itself to common sense, content that elicits emotion gets more interaction than something that’s passive and mundane. But the problem with Facebook is that Facebook is intentionally providing users with this type of inflammatory information through its algorithm in order to make money. So basically Facebook’s programming decides what you see and what you don’t on your Facebook page. And their, their own research shows that content that is divisive or polarizing promotes more engagement than other forms of content. And if Facebook were to change this algorithm to take this stuff away or hide it from that main newsfeed, people would end up spending less time on the page, engage with fewer ads and Facebook will ultimately lose money. But the problem is this algorithm tends to show inflammatory information that has very dangerous implications.

Natasha Sweatte:            Yeah. And now last week we reported that Facebook’s own research has showed it actually damaged female teams body image and self-esteem, but since then a Facebook executive has refuted those reports in front of Congress. Take a listen.

Antigone Davis:                  I understand that recent reporting has raised a lot of questions about our internal research, including research we do to better understand young people’s experiences on Instagram. We strongly disagree with how this reporting characterized our work.

Natasha Sweatte:            So Madeline, do you really think after the evidence surfaced that Congress would really believe the opposite, that Instagram actually helped teens in their coping mechanisms with depression, anxiety and body image health?

Madeline Pendley:        I would hope not. I don’t think Congress would believe that, but to be fair members of Congress didn’t grow up with social media the way young people are growing up with it today. So they may not be well-informed about its effects. You know, social media definitely has the potential to help with mental health. You’re keeping up with friends and family. You’re seeing content that you want to see, hopefully, but it definitely has the potential to be harmful. It allows people to show essentially, you know, their highlight reel the best part of their lives without showing the challenges, the behind the scenes or the boring stuff, which leads to comparison, which is ultimately damaging to, you know, egos and self-esteem, especially when it comes to young women, unfortunately.

Natasha Sweatte:            And I want to get your take on a heated exchange between this Facebook executive and Senator Marsha Blackburn of Tennessee, take a listen.

Sen. Blackburn:           Did Facebook know about content on its platform used to recruit women into forced slavery and why did you not remove it until Apple threatened to drop Facebook from the app store?

Antigone Davis:                  Respectfully Senator, um, I don’t, I don’t agree with that characterization of, of what occurred. In fact, we have policies against sex trafficking.

Sen. Blackburn:          This is your reporting. The documents show survey results into the digital interest of eight to 10 year olds. So with this categorization in mind, does Facebook conduct market research on tweens? Yes or no?

Antigone Davis:                  That document is actually from an age appropriate design code, something that Senator Markey and others have actually given to tech companies.

Natasha Sweatte:            So Madeline, I know there was a lot to take in there, but seeing the way Congress is interacting with Facebook on the Hill, also taking past hearings into consideration. If this Facebook whistleblower does in fact go before Congress this week, do you see federal regulations coming to the platform or just another slap on the wrist? Or will she just be seen as a disgruntled former employee?

Madeline Pendley:        I think at this point, unfortunately slap on the wrist is probably our most probable option. I sincerely hope that they take these issues seriously. You know, these social media companies make millions of dollars from our private information and our engagement. You know, they need us to keep their business viable and they have a responsibility to protect our information as well as to ensure that they’re not facilitating potentially harmful information like trafficking of minors and things like that. And it’s frustrating to see these companies consistently lie to Congress, say that they’re not doing anything wrong, despite all the evidence to the contrary and is frustrating that there are no serious consequences from Congress that come as a result. As far as the misinformation issue, I don’t see Congress doing anything about this anytime soon as they’re likely worried about encroaching on the first amendment. Rightfully so. And it’s ultimately going to fall on these companies to regulate themselves, which I don’t anticipate them doing anytime soon. As far as the data breaches, various states have actually passed consumer protection laws that allow citizens to sue for breaches like these, however, nothing federal has come yet. And I’m not sure how many of these breaches will need to occur before we can get the federal government’s attention. But I hope this will result in some protective legislation coming soon.

Natasha Sweatte:            Well the story continues. Thank you so much, Madeline, for your insight. We really appreciate your time.