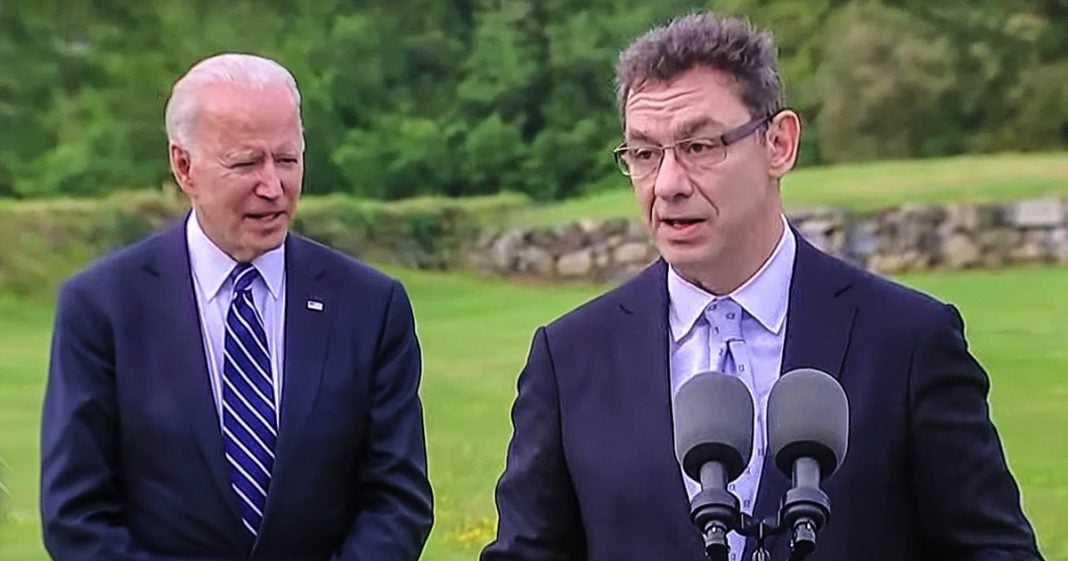 Via America’s Lawyer: President Biden calls Pfizer CEO Albert Bourla a “good friend” despite targeted efforts by his company to fight against drug price reform touted by Democrats and the President himself. Mike Papantonio and Farron Cousins discuss more.

Mike Papantonio:             President Biden recently called the CEO of Pfizer, his friend, but the company is actively trying to tank Biden’s domestic agenda to lower drug prices. That’s just the beginning of it. Look, this, this Pfizer company, they have more lawsuits for fraud. They have more lawsuits for defective products. They have killed more people in this country with bad, with bad medicine. And, and this is his friend he’s embracing. The Democrats are trying to say, well, we need to lower drug prices and you got Pfizer spending millions to stop that. This is Biden, Biden’s calling this guy, his friend.

Farron Cousins:                  Yeah. Albert Bourla, the CEO’s name of Pfizer. And the problem is right now, sure, Pfizer, you, you, you did good on the vaccine. You know, we’re very grateful for that. Wonderful, wonderful work there. That does not excuse any of their behavior in the past and it sure as hell doesn’t excuse the fact that they’re spending millions right now, trying to fight this drug price bill, which isn’t even a highly effective bill. Let’s be honest here. This is only for people who are on Medicare.

Farron Cousins:                  You know, the government’s only gonna negotiate drug prices on Medicare. And now it could be only on certain drugs covered by Medicare.

Mike Papantonio:             You’ve got 18 million people that can’t even afford their medication that they have to take. Now, this friend that Biden said, this is his pal. He’s his pal because he gave him a lot of money in the election.

Mike Papantonio:             But look, you don’t associate and say, this guy is my pal and he is, he stands for, this guy doesn’t stand for everything that’s right. I’m telling you, look at the, just Google, the history of Pfizer drug corporation. You will see more fraud lawsuits. You will see more injury lawsuits where their drugs and their products have killed people. But, okay, let me come back to the beginning. God bless them for trying to develop a vaccine that seems to be a successful vaccine, seems to be working. So I guess, I guess that’s one reason to be a friend.

Farron Cousins:                  Well, exactly. But, but Biden also knows their history. He knows that Albert Bourla here is not a hero in the, Bourla didn’t develop anything.

Farron Cousins:                  Right, right. And so for him to say that this guy is my friend while at the same time he is paying the money that’s going to cost Biden and the Democrats dearly in the midterms, because if they don’t deliver something like this drug price bill for the American public, they’re gone. And then the next two years, he’s a lame duck because he’s not going to win or he’s not going to pass a single thing.