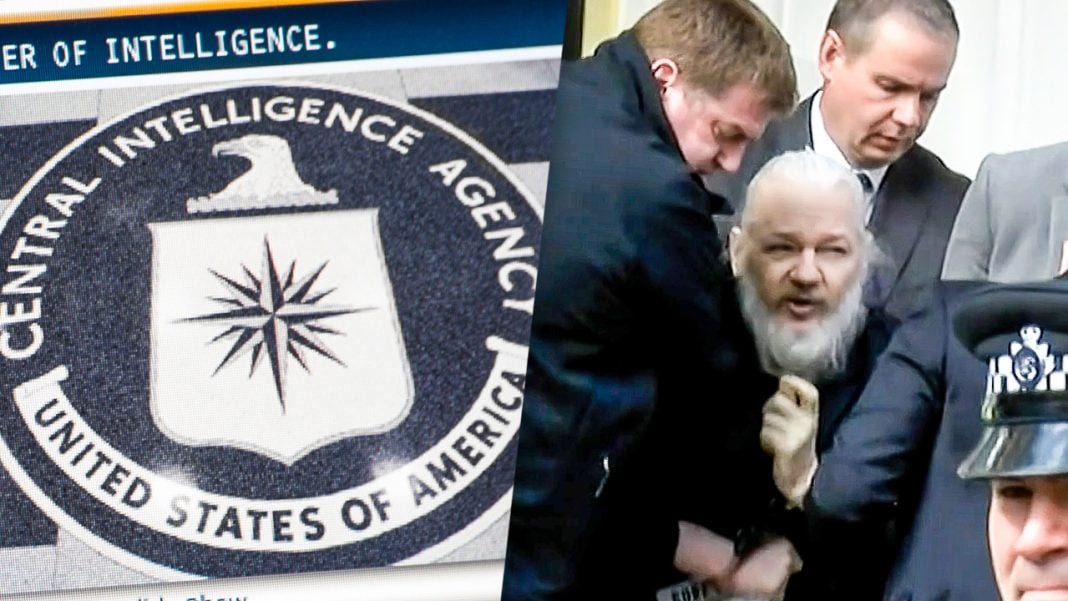 Via America’s Lawyer: In its war against Julian Assange, CIA officials had outlined plans to kidnap and assassinate the WikiLeaks founder who exposed the glaring deficiencies of U.S. intelligence gathering. Mike Papantonio and Farron Cousins discuss more.

Mike Papantonio:             We learned over the weekend that the CIA has never changed and they’re still an organization hell bent on assassinating anyone they feel could be a threat to their mission, including journalists like Julian Assange. Farron Cousins from the trial lawyer magazine joins me now to explain this new explosive report. As I read it, I got to tell you something. I, I started laughing because it’s so ridiculous. First of all, let me point out, this is good reporting. Comes from Yahoo and I’m thinking maybe Yahoo is, you know, they’re, they’re serious about going toe to toe, you know, with competition now. This is, this is how they do it. Look, here’s something where the CIA was planning on killing Assange, you know, they, they, they were, they had the assassination plan in place. Pick it up from there.

Farron Cousins:                  Yeah. What’s really interesting about this is the assassination or the, you know, plot, the kidnap and all that and that’s basically the middle of the story. And it’s what everybody, you know, gravitates toward because it is so extreme. So just to kind of put that part in a nutshell, you had Mike Pompeo, you know, long time CIA guy, once he finally became the director under Donald Trump, he said, I’m going to use my power and what I want to do more than anything is go after Julian Assange, because he has been a thorn in my side. So Pompeo basically admits I’ve got a personal vendetta against this man because he exposed.

Mike Papantonio:             He exposed what an idiot, the little punk Pompeo is and he is a total utter fool. That is the simple truth. So he puts, so Assange puts together vault 7, in vault 7 he’s telling these stories about how incompetent, I mean, if you just, just take a, take a look at it and you, you conclude that the FBI, CIA, NSA is just this gaggle of a clown car group. And so they’re, it embarrasses them, right, it embarrasses them. He tells, he tells us that they’re spying on Americans and here’s the proof.

Farron Cousins:                  Yeah. And, and, and further explains, you know, here’s how they hack into these secure messaging apps. Here’s the ones they’re targeting. Here is everything this organization is doing and it’s not just to track down the bad guys. They’re doing it to you average American using these. Your information is vulnerable. They can come after you and we’ve seen too many times they have. You know, they always try to say it’s an accident, but no.

Mike Papantonio:             They still have Pompeo on TV. He’s still a talking head on TV. The guy is a nut job. Trump knew he was a nut job when he put him in office. He would have this, I mean it, another four years of Pompeo, we had been a world war. There’s no question. Let me tell you how crazy this, the plot is. I know, and this is what I laughed about. Okay. They were, they, they said, okay, the Russians are coming to take him to Moscow, no proof of any of that, but they reduce it to Russia. The Russians are going to break him out of the embassy and fly him to Moscow. Now, Pompeo and the nuts around Pompeo said, ah, we got a plan. When they, when they drive him from the airport, we’re going to crash a truck into his car, pull him out and kill him. And if we, if we fail then, I swear, I’m not making this up. We’re going to have a gunfight in the streets of London. And if that doesn’t work, we’re going to, and he gets away from us, we’re going to shoot out the tires on the jet as it takes off. This is all in writing.

Farron Cousins:                  Well, and it’s even scarier because this wasn’t just, hey, what if we, they talked to British intelligence agencies and they got the go ahead in Britain to be the ones to fire the guns because the US said, listen, whoever fires the guns, you, since it’s going to be in the UK, you’ve gotta be a UK agent or officer. We don’t, we want to avoid an international incident here is what they said. So the Brits are going to have to fire the guns against the Russian spies who are allegedly going to smuggle Julian Assange out, after Ecuador agrees to partner with Russia to give him immunity. It is the most.

Mike Papantonio:             The Russia, Russia, Russia. Look, I’m doing Russian television. We’ve been doing it what, seven years, not one time has anybody told us to do a story. Let me just tell you how crazy this is. This all, follow the trail, this goes back to Hillary Clinton.

Mike Papantonio:             I mean, it’s inescapable. This goes back to Hillary Clinton. The, she does the impossible. She loses to this buffoon Trump, because she’s such a terrible candidate. Nobody can accept that. So her handlers try to blame it on the Russians. And all of a sudden, now we know that was ridiculous. It was nonsense. As a matter of fact, Durham has proven that the whole story was created by Hillary Clinton’s lawyer, who is now has, now he has to testify. But the, the ugliness, the ugliness is that the deep state, NSA, CIA, FBI was all part of this. They were willing to start a cold war with Russia to save face of this moron woman, Hillary Clinton, that couldn’t beat Donald Trump. I mean, that’s the headline to me.

Farron Cousins:                  Well, see and that takes us back to, you know, really the beginning of the story, because Julian Assange and WikiLeaks, all of that really exploded onto the scene in 2010. So Obama’s president at the time, they say, okay, he’s, he’s published this video that somebody in the government leaked to him of US soldiers, basically killing civilians over in Iraq. And Obama had enough good sense in 2010, now it changes as the timeframe goes on, he said, listen, we can’t do anything.

Mike Papantonio:             Obama looked at what the CIA was doing and said, are you guys crazy? You know there’s something called the first amendment and journalism, journalists have. So at least at the beginning, he could tolerate what the, you know, it was intolerable to him what these nuts were doing. So pick it up from there.

Farron Cousins:                  You know, his information, WikiLeaks publishes it, shows the US is spying on our citizens. And at that point, Obama says, well, okay, you know what, uh, let’s look into this guy. We gotta be super careful. We gotta make sure there’s no first amendment issues where we’re not going to do anything outside of, you know, what’s definitely legal for us to do. Let’s keep an eye on him. 2016, he publishes the DNC emails.

Mike Papantonio:             Democratic party goes crazy. This is going to cost Hillary the election. Hell, she had already lost the election. She was a bad candidate and her, her handlers were even worse.

Farron Cousins:                  Right. And, and so at that point, once the DNC emails got leaked, the government under Obama said, all right, enough’s enough. We’re going to start tailing WikiLeaks employees, or their followers. We’re going to confiscate electronic devices. We’re going to fully investigate this guy. Then of course, Trump wins, in comes Pompeo, and he’s got his grudge.

Mike Papantonio:             I mean, you know, let’s talk about difference between Trump and Obama. At least Obama said, are you guys nuts? No, you’re not going to kill Assange. And then Pompeo comes in.

Farron Cousins:                  Well, and another part of that too, is you actually did have members of the Trump administration, according to this, you know, reporting here that told him, they said, look, Trump, you, you can’t go along with this because if you do this, this obviously is an assault on the press. But where does it stop? That was the question they asked. You know, are you going to start, you go after CNN?

Mike Papantonio:             In other words, within the deep state, there were some people with brains.

Mike Papantonio:             Even though you had the Pompeo types running around like crazy people, within the FBI and the CIA and the NSA, there were people that said, are you crazy? You can’t do this. And that makes me feel a little better.