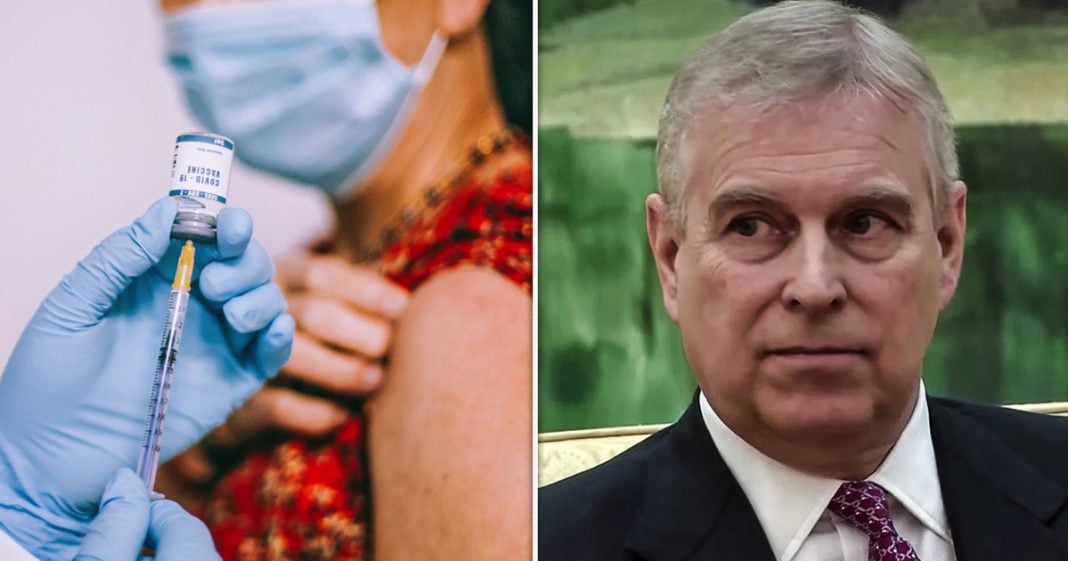 Mike Papantonio:             The Biden administration has announced a new vaccine mandate for private corporations, leaving many to wonder if this is even legal. Joining me now to talk about this is Farron Cousins for the trial lawyer magazine. Farron, you know, my quick take is yes, it is legal and yes, these attorney generals are going to be, these attorneys general are going to bring the cases anyway. It’s, it’s a show. I mean, OSHA laid the groundwork for this back in, I think 1970 under Nixon.

Farron Cousins:                  Right and even prior to that, you know, over a hundred years ago, we had the US Supreme Court rule in 1905 Jacobson v. Massachusetts that yes, these government bodies do have the authority to implement these powers, to require vaccines, especially in the cases of pandemics of, you know, disease outbreaks. They can do this in order to protect the general public. It says, you know, you bring up all the time the police powers, essentially, the health, safety and welfare, the government has a duty to protect individuals and this is what they deem is necessary and this is what they’re doing.

Mike Papantonio:             Yeah. Jacobson v. Massachusetts goes a long way back, but there’s some, there, there’s still some flaws getting there with that. But when you have OSHA and OSHA has the right to, to go into any establishment and say, we’re here to protect the health and safety of workers. They can do it if there’s a product that’s causing cancer, they can do something about it. If there’s a defective product that’s causing injury, OSHA can do something about it. So the same power flows to them. The interesting thing about it is, is that it all ties into the commerce clause too. It, so you’ve got two issues. You, you raised one of them police power, which is very strong where it comes to federal government. And then the other one is the commerce clause, which also ties into this because if you’ve got business owners that won’t comply and that business is creating some product, that interferes with a chain of, with the chain of commerce. So there’s always all kinds of ways to get this. But look, let me ask you, the attorneys general are going to bring the cases anyway, right? Isn’t that the way you see it?

Farron Cousins:                  Yeah, absolutely. Especially, you know, all 24 of these attorneys general that have signed on to this letter, they’re all Republican. In fact, all but two of the Republican attorney generals in this country have signed on to this letter. It is a purely partisan thing and it is because their base is far more likely to oppose these mandates, even though majority of them do support the mandates. Majority of all Americans support these mandates. So these attorneys general, while they’re trying to do their, you know, partisan play here, they’re actually going against what most of the public wants. You know, we, we do see the videos of the, the anti maskers and the anti-vaxxers and, you know, they, they throw hissy fits or they arrange protests, whatever it is. But people have to understand those videos do not represent what a majority of people in this country want. Most people want to be protected.

Mike Papantonio:             We have to live through the day or the labor market doesn’t mean anything. I think there’s a lot of really good economic arguments here. Look, I, you know, the New York Times last time they tried to give us statistics they were caught being so far off it was ridiculous. They were actually creating their own statistics. But if you want to believe the New York Times you got 54% of Americans that are fully vaccined, you’ve got 2000 that, deaths a day, 2000 deaths a day. And you got 98,000 in the hospital all the time. So, I mean, you know, this doesn’t take rocket science. We got to do something about it. It’s going to be a fight. But at the end of the day, White House wins on this one. It’s pretty clear.

Mike Papantonio:             Britain’s prince Andrew is reportedly worried about a civil lawsuit filed against him in, by New York, Virginia Roberts Giuffre, accusing him of sexually abusing her when she was a child at various locations, including Jeffrey Epstein’s mansion. Brigida Santos joins me now to give us the details. Brigida, what’s the latest with the civil lawsuit going on?

Brigida Santos:                   Prince Andrew Duke of York has formally been served with a sexual assault civil lawsuit filed by his accuser, Virginia Roberts Giuffre. Now she alleges that the 61 year old Royal sexually abused her on several occasions at Jeffrey Epstein’s mansions and other locations while she was a minor. While the prince did not personally accept the lawsuit on Monday, his Los Angeles based lawyer received the lawsuit by email and FedEx. Now last week, the lawsuit was also reportedly left with a police officer on duty at the Royal lodge in Windsor, England occupied by prince Andrew who had been hiding out. The process server was told that the matter then would be forwarded to the Royal legal team. But that team has said that they don’t believe the legal papers from Giuffre’s lawyers were successfully served. Well, they have now as of this week and the prince’s strategy of hiding from process servers is backfiring, further damaging the institution of the monarchy and just adding to the impression that prince Andrew is hiding something.

Mike Papantonio:             Yeah, he’s a punk just like Epstein, but he’s a prince punk. So I guess he’s getting protection from the queen or herself. What’s going to happen if the prince doesn’t cooperate with the civil case?

Brigida Santos:                   If the prince doesn’t respond within 21 days, he will likely have a default judgment entered against him. But lawyers say the lawsuit is unlikely to result in the prince paying any financial penalties. And of course he has not been charged with any crimes. Instead, any monetary figure would be symbolic and damaging to the monarchies already bruised reputation. Of course, it’s possible that queen Elizabeth’s second son will quietly settle with Giuffre, but he denies all allegations. So settling wouldn’t exactly be good for his reputation either.

Mike Papantonio:             Well, it’s not exactly a great reputation to begin with. But he’s, he’s counting on that free pass that he gets from being a Royal, that immunity that he gets from a Royal, he doesn’t have to come out of his pocket. Somebody might, but it’s going to be the people in the UK, not the royal family. Ghislaine Maxwell’s also mentioned in that lawsuit. What’s the latest on that British socialite? Last time I heard, she was complaining about the food in prison. What’s your take on what’s happening there right now?

Brigida Santos:                   Yeah, Jeffrey Epstein’s long-time associate Ghislaine Maxwell is currently being held at the metropolitan detention center in Brooklyn, New York. She was arrested last year on multiple charges related to the serial sexual abuse of female children and young women by Jeffrey Epstein. In August, a judge rejected her bid to dismiss trafficking, sex trafficking charges filed against her, and now federal prosecutors have just been ordered to disclose the identities of any unnamed co-conspirators who will be mentioned at the trial. The government must also disclose all the co-conspirator statements that it plans to use at trial by October 11th. Maxwell is slated to face two separate trials. The first is scheduled for this November over allegations that she lured underage victims for Jeffrey Epstein to abuse. After that, a second trial will take place over allegations that Maxwell lied under oath in a civil case filed by Virginia Roberts Giuffre.

Mike Papantonio:             Talk about celebrity LA LA land. She’s complaining about the food, she doesn’t like the clothes and her room is uncomfortable. So, so as I watch this develop, you know, at some point, this woman’s going to tell the whole truth and a lot of people who are not in the spotlight right now are going to be in the spotlight. The latest I hear, a lot of it has to do with right where you are up around LA area, where there’s going to be a lot of new names mentioned. Anyway, thank you for joining me. Okay.