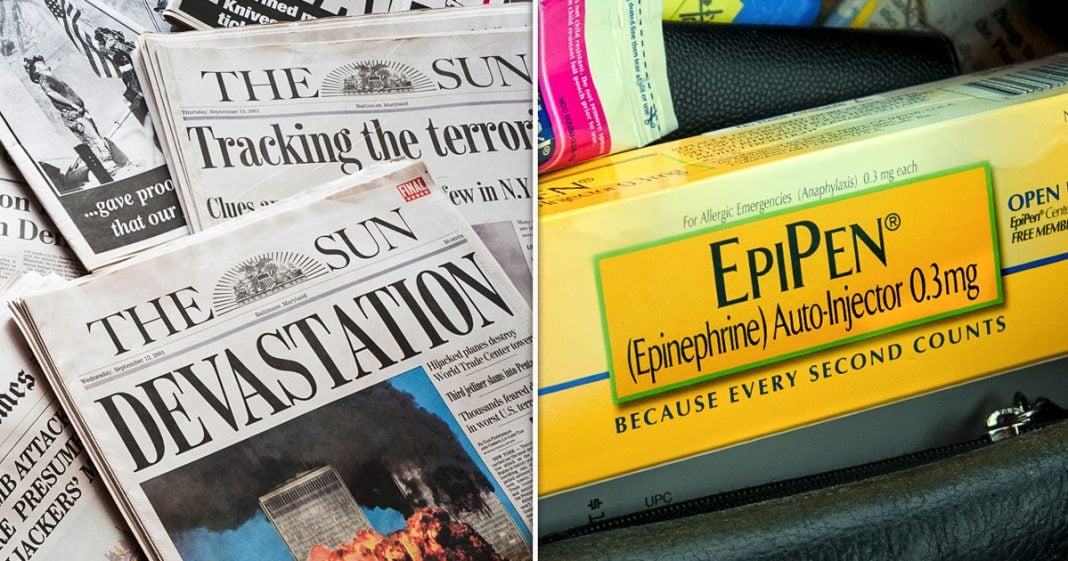 Mike Papantonio:             The Biden administration took the extraordinary step of declassifying certain documents related to Saudi Arabia’s involvement in the 9/11 attacks. I have Farron Cousins from the trial lawyer magazine joining me now to talk about this. Wow. Okay. Operation Encore. Thank goodness there was an Operation Encore because the FBI didn’t want it. The CIA didn’t want it. The government that screwed, completely blew this whole 9/11 thing. They didn’t want it. Now, you know, so, so the setting is this. Here you have these two desert bumpkins. I mean, that’s, there’s no other way to describe it. They come right out of Saudi Arabia. They don’t speak English. They have no contact with Western, with Western countries at all. This is their first trip, literally out of the desert. They show up at LA airport. We know that they’ve been training, we already know they’ve been training to be terrorists over in Asia. The FBI already has a file on them. The CIA has a file on them. The FBI is not talking to the CIA because that’s their territory. You know, the, I’m the FBI guy and he’s the CIA guy and we don’t share any of that. So they show up, land at the airport and we lose them after that. We know that they’re part, I mean, they’ve been trained by the Wahhabi for God’s sakes.

Farron Cousins:                  Yeah. And, and, and we know that one of them has diplomatic status and they’re, they’re meeting at restaurants. There’s all kinds of information that we now know was known. But at the time they said, oh, well, no, we don’t know who these people are. Sure. They’re meeting at the embassy. But the embassy meets with tens of thousands of students, you know, here from Saudi Arabia. So of course, you know, we can’t keep track of all of that. The embassy isn’t supposed to keep track of all of it. But no, there was evidence, there were inklings. And now we know, and this, this was 16 pages, that’s it. 16 pages that were still redacted to a degree.

Mike Papantonio:             Let me, let me promise what was redacted. What was redacted is that the FBI quietly moved Saudi Arabian nationals out of the country after it took place. No investigation, no serious questioning about, were you involved in this? The contacts are all over the place. And what’s, what really, what really is most upsetting about this story is the CIA and the FBI, they don’t communicate because of their ridiculous childlike territorial thing. I am in charge of this FBI, CIA, you’re in charge of that and we don’t work together because this is our territory. That was the heart of this problem. And because of that, we now know this, that the families that have brought this lawsuit have evidence that the FBI might be destroying, might’ve destroyed documents. Might’ve destroyed film where these two characters come into the country and the reason the film is important is because when they land in LA, there should be somebody from the FBI, maybe somebody from the CIA to follow these guys who end up meeting with two Audis who have diplomatic rights in the United States.

Farron Cousins:                  Right. Right. And these, again, these are the two people involved in these attacks. Got a diplomat, at least one diplomat meeting with them. I believe, yes, it was two and we knew all of this. We knew these individuals were meeting. We knew they were friendly. And yet in the 2006 9/11 commission report, what do they tell us? They tell us, listen, we can’t link this to really anybody else. This is, this is a bunch of rogue actors inspired by Osama bin Laden. You know, a Saudi dissident is how they described Osama bin Laden. You know, he didn’t like Saudi Arabia. He hated them. They hated him. Saudi Arabia was on our side. They were on our team, they tell us here.

Farron Cousins:                  But now we’re finding out so much more and sure, okay, we don’t have the smoking gun linking the actual government, I guess, of Saudi Arabia here. But again, this is just 16 new pages that have been hidden from the United States for 20 years almost.

Mike Papantonio:             Okay. What, what’s bothersome again, this is a report that never would have happened if the FBI and the CIA got their way. They tried to destroy this investigation. They’ve hid it from the families. Do you know up until 2017, they were saying, oh, well, we can’t give you any information families that have lost, you know, lost loved ones and 3000 people killed in 9/11. We can’t give you anything because there’s an ongoing investigation. And when they were really, that’s up to 2017, but when they were really asked, well, what, what are you investigating? Why don’t you show us what you’re investigating? They had not seriously investigated anything for years.

Mike Papantonio:             But they didn’t want this material to come out because it was, it looks like a clown car show. It honestly looks like a bunch of clowns are involved. Look, this, uh, Bayoumi, okay. Bayoumi was one of the Saudi diplomatic immunity in the United States. He’s here. They know that this is a guy who all talks almost daily to the folks who we know masterminded the 1993 World Trade attack. We know that he’s in, he’s in constant contact with the Wahhabi clerics that, you know, Saudi Arabia, they have to have a relationship with Wahhabi clerics because the Royal Family is afraid, man, if we lose our relationship with these guys, people are going to rebel.

Farron Cousins:                  And we also know that these organizations, you know, CIA, the FBI, they conducted multiple, allegedly, investigations over the years. The FBI at one point had two different investigations going on, trying to figure out all the intel, intelligence failures. And of course, every time they come back and say, listen, uh, we did great. We found no problems with ourselves.

Farron Cousins:                  And of course, because they’re allowed to, they redact them. They hide them. They’re classified. We don’t get this information. So we’re supposed to blindly trust these people who got it wrong repeatedly before and after 9/11. We have to just blindly trust them with our safety and that’s nuts.

Mike Papantonio:             New documents have revealed that Joe Manchin’s daughter was directly involved with the obscene EpiPen price gouging several years ago. Farron, you know, here we go, Pfizer, Mylan, Manchin. This, you know, you wonder aren’t there prosecutions for this kind of thing?

Farron Cousins:                  Uh, yes, absolutely. Because here’s what happened. You have Heather Bresch, Joe Manchin’s daughter at the time, president CEO of Mylan pharmaceuticals. New emails that have been released and Ryan Grim at the Intercept phenomenal job with this. So these emails show that Bresch and the people over at Pfizer were openly colluding to keep a competitor off the market. That’s, that’s step one. step one, keep this Adrenaclick, Adrenaclick I think is what it was. Keep it off the market Pfizer, because we know Pfizer owns part of the EpiPen for Mylan. They were going to come out with Adrenaclick. They said, okay, well, whoa, what if we don’t do that? We keep it off the market. And in order to preserve our patent, here’s step two, what if we change it from a single dose EpiPen to coming with two in one pack that way you have to buy two so we can jack the price up.

Mike Papantonio:             That is her idea. Let’s be very clear. And her idea to jack the price up from $100 to $650. And then, you’re gonna love this quote. Here’s what she says. Looking back, I wish we had better anticipated the magnitude and acceleration of the rising financial issues for a growing minority of patients. We never intended this. She literally goes in front of Congress and says that. Congress has all of the information. They’ve got the emails. They’ve got step-by-step how she was even writing to Pfizer and saying, remember our deal. They actually have her saying that. Remember our deal. The deal was to commit fraud.

Mike Papantonio:             The deal was to commit antitrust law violations. Nevertheless, nobody prosecutes.

Farron Cousins:                  Right. We have the smoking gun documents on Heather Bresch. There is no reason to DOJ, DOJ shouldn’t prosecute her today. And, and Pfizer has already said, okay, listen, we want this to go away. Pfizer settled for over $300 million, closer to $350 million. There’s still an ongoing suit against Mylan. And, and to me, this is a personal issue. I’ve got two kids with severe nut allergies. So I have to buy the two pack of EpiPens twice a year because here’s the other thing that people like Heather Bresch don’t want people to know about. Those EpiPens from the time they are manufactured, they expire in nine months. So they know not only do you have to buy two EpiPens at a time, you have to buy it twice a year because it only lasts for nine months once we stamp that label on it.

Mike Papantonio:             No question about it. I, you know, you wonder DOJ again. If they, if they’re part of a big business, they’re, they look like a big businessman or big business woman, we’re going to let them go. But let’s prosecute that kid on the street corner that’s selling three ounces of marijuana. Let’s go after that person.

Mike Papantonio:             Well, I, you know what, it’ll never happen. It just never happens in our culture. We forgive that kind of thing because they make so much money and they have so much influence. And of course, daddy in this situation is.