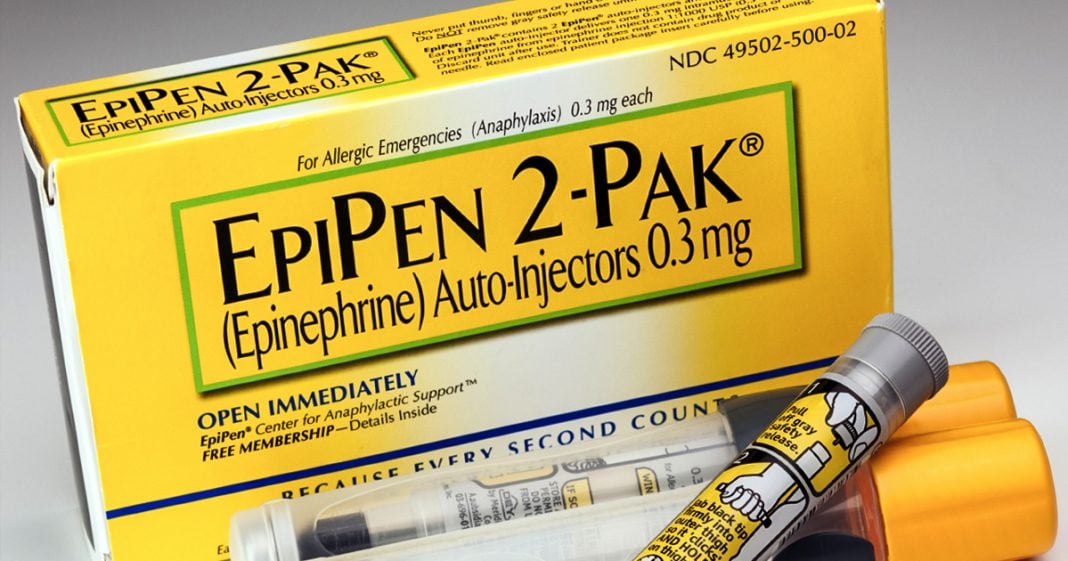 Mike Papantonio:             New documents have revealed that Joe Manchin’s daughter was directly involved with the obscene EpiPen price gouging several years ago. Farron, you know, here we go, Pfizer, Mylan, Manchin. This, you know, you wonder aren’t there prosecutions for this kind of thing?

Farron Cousins:                  Uh, yes, absolutely. Because here’s what happened. You have Heather Bresch, Joe Manchin’s daughter at the time, president CEO of Mylan pharmaceuticals. New emails that have been released and Ryan Grim at the Intercept phenomenal job with this. So these emails show that Bresch and the people over at Pfizer were openly colluding to keep a competitor off the market. That’s, that’s step one. step one, keep this Adrenaclick, Adrenaclick I think is what it was. Keep it off the market Pfizer, because we know Pfizer owns part of the EpiPen for Mylan. They were going to come out with Adrenaclick. They said, okay, well, whoa, what if we don’t do that? We keep it off the market. And in order to preserve our patent, here’s step two, what if we change it from a single dose EpiPen to coming with two in one pack that way you have to buy two so we can jack the price up.

Mike Papantonio:             That is her idea. Let’s be very clear. And her idea to jack the price up from $100 to $650. And then, you’re gonna love this quote. Here’s what she says. Looking back, I wish we had better anticipated the magnitude and acceleration of the rising financial issues for a growing minority of patients. We never intended this. She literally goes in front of Congress and says that. Congress has all of the information. They’ve got the emails. They’ve got step-by-step how she was even writing to Pfizer and saying, remember our deal. They actually have her saying that. Remember our deal. The deal was to commit fraud.

Mike Papantonio:             The deal was to commit antitrust law violations. Nevertheless, nobody prosecutes.

Farron Cousins:                  Right. We have the smoking gun documents on Heather Bresch. There is no reason to DOJ, DOJ shouldn’t prosecute her today. And, and Pfizer has already said, okay, listen, we want this to go away. Pfizer settled for over $300 million, closer to $350 million. There’s still an ongoing suit against Mylan. And, and to me, this is a personal issue. I’ve got two kids with severe nut allergies. So I have to buy the two pack of EpiPens twice a year because here’s the other thing that people like Heather Bresch don’t want people to know about. Those EpiPens from the time they are manufactured, they expire in nine months. So they know not only do you have to buy two EpiPens at a time, you have to buy it twice a year because it only lasts for nine months once we stamp that label on it.

Mike Papantonio:             No question about it. I, you know, you wonder DOJ again. If they, if they’re part of a big business, they’re, they look like a big businessman or big business woman, we’re going to let them go. But let’s prosecute that kid on the street corner that’s selling three ounces of marijuana. Let’s go after that person.

Mike Papantonio:             Well, I, you know what, it’ll never happen. It just never happens in our culture. We forgive that kind of thing because they make so much money and they have so much influence. And of course, daddy in this situation is.