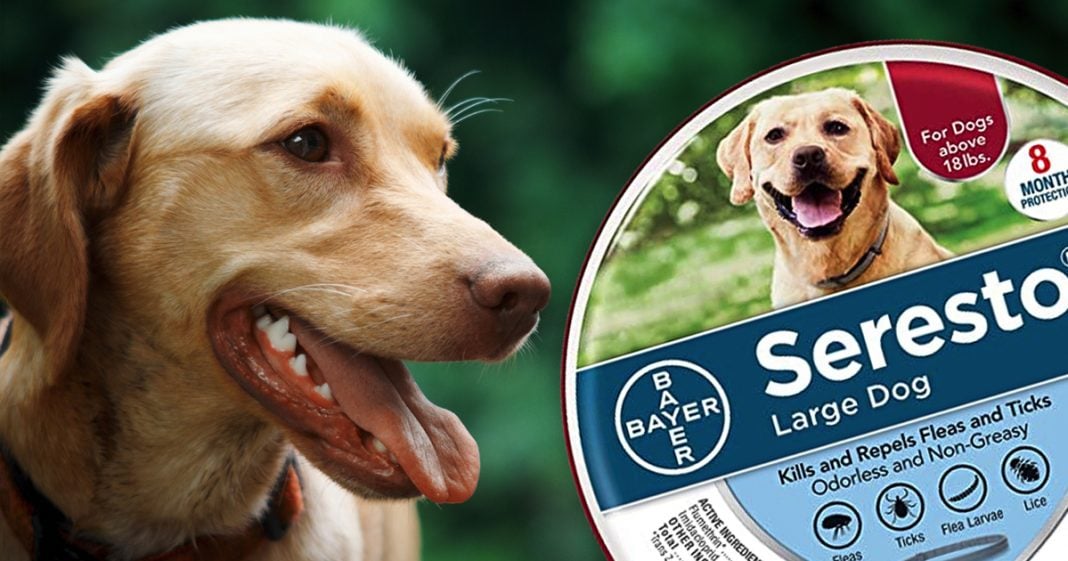 Via America’s Lawyer: Regulators that rushed the 2012 approval of Seresto flea collars could be responsible for tens of thousands of pet injuries. Mike Papantonio and Farron Cousins discuss more.

Mike Papantonio:             The popular flea collar Seresto has been linked to tens of thousands of pet injuries, including the deaths, 2000 deaths of pets from this. You know, just because we’re talking about pets, this is a, an important story. Okay. You got people like our home where our pets are kind of part of the family.

Farron Cousins:                  This truly is another story of pure EPA corruption. Starting back in 2015, when Seresto was originally manufactured by Bayer, I think about a year ago, it moved over to Elanco medical health for pets. But anyway, 2015, the EPA starts getting all these reports from people, I had a Seresto flea collar on my pet. They’ve now got this skin condition. They’re shaking uncontrollably. They’re having seizures, they’re vomiting and they’re dying. And so all the way back then starting six years ago, the EPA was flooded with these reports. And so they said, okay, well we will look into this. So they dragged their feet. They’re slowly looking into Seresto. At the same time, though, you had the Canadian health organization saying, ah, Bayer, we’ve looked at all the adverse event reports that you provided us.

Mike Papantonio:             And Bayer, our own government tries to influence the Canadian government, don’t they?

Farron Cousins:                  Right, right, right. Canada says, we’re, you can’t sell Seresto. Here in the US, EPA calls up Canada, their health agency and says, oh, could you give them a break? Would you please allow Seresto to be sold in Canada? We know that their own materials that you’ve seen and we’ve seen says it’s killing pets. But just go ahead and cut them some slack.

Mike Papantonio:             Well, they’re saying the same thing that the pharmaceutical industry says when they kill people. No, it’s not our drug. It’s something else. Here’s what they know. They own the media. The media is not going to do story on this. I mean, you’re going to see very few stories about this. The media won’t do it because of advertisers. They advertise on ABC.

Mike Papantonio:             It’s all over the place. Okay. So they, they know that they’ve paid their, their science prostitutes. They’ve gone to universities, regulatory agencies, hired people who are nothing but prostitutes and will say anything for the right amount of money. They’ve got that. They own the regulatory because they make deals with regulators. Hey Joe, if you will work with us on this, when we get done, we’re going to get you a job and we’re going to pay 10 times what you’re making right now. And of course they own Congress because all they have to do is spread around money. We’ve seen this case time and time again. We saw it with Yaz. Remember with Bayer that case I tried down in Texas. My God. It just, we see it all the time and right now we have an EPA that, they’re just out of control. They’re not, they’re not incompetent. They’re corrupt.

Mike Papantonio:             They’re borderline criminals. And I hope, like I say, I hope they sue me because I want to take the depositions. I want to have some of those people across the table telling me, now, why did you give this company a break. How did that work?

Farron Cousins:                  Well, and in this specific case too, with Seresto, and again, the documents that were obtained by USA today, this is truly a, an evil, evil story here between Bayer and the US EPA. And I hope people don’t dismiss it just because, oh, it’s flea collars. No, this absolutely tells the perfect story of how in bed these organizations are, our regulatory agencies are, with these companies.