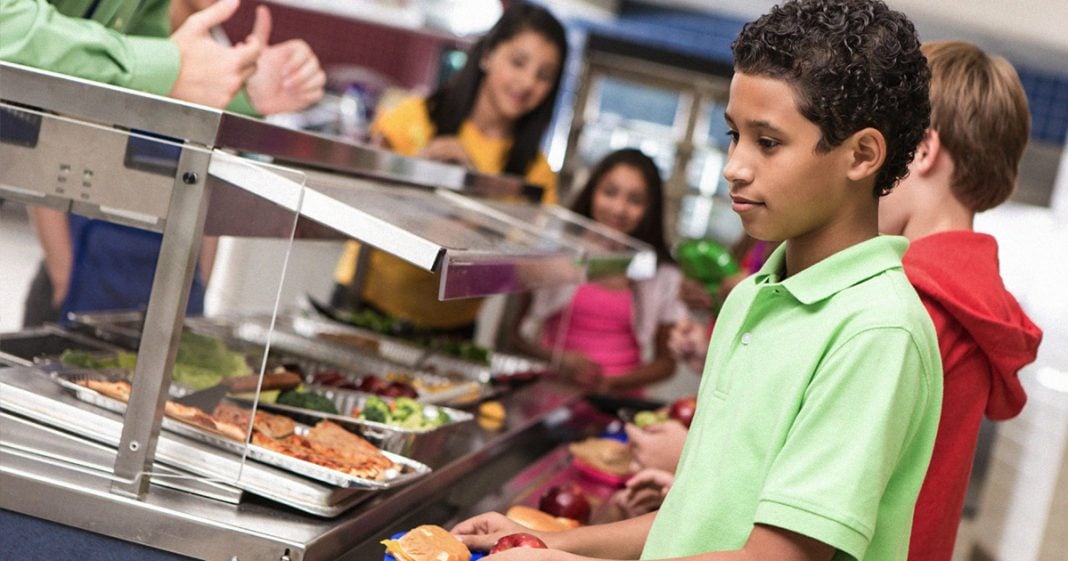 Via America’s Lawyer: A Wisconsin school board reverses its decision to cancel a free lunch program for students after facing nationwide backlash. Mike Papantonio and Farron Cousins discuss more.

Mike Papantonio:             Finally tonight, some good news. A school board in Wisconsin has reversed their decision to cancel free lunch program for students after nationwide backlash when the district said that they didn’t want students to become spoiled by actually giving them food, if they didn’t have food. I’m joined again by Farron Cousins. Farron, I look at the story and I go, the rationale is, is, it’s vulgar.

Mike Papantonio:             It’s nauseating. We don’t want these kids who can’t afford breakfast. We don’t want to give them breakfast because it’s going to spoil them. And oh, by the way, this is really about the federal government messing with us. Isn’t that what it’s about?

Farron Cousins:                  Imagine a kid actually getting food every day. But no, there really was nationwide backlash. And I, I, you know, this was one of the times the media mostly driven, of course, by independent media.

Farron Cousins:                  Did a phenomenal job of covering this and putting the pressure on these people. And again, the Waukesha county here, they didn’t have to pay for these. This was all coming from the federal government. And that’s the problem is these people don’t want other people to know that we have the ability to provide for you. We can take care of you. We’re choosing not to.

Mike Papantonio:             You know, military $800 billion. We spent what, two and a half trillion dollars in Afghanistan. And we’re talking about feeding some kids who can’t have breakfast. And these freaks up in, what is it?

Mike Papantonio:             Waukesha. They say, oh, we don’t want to do that. The federal government is going to be involved. Go figure. Farron, thank you for joining me.

Mike Papantonio:             That’s all for tonight. Find us on Twitter and on Facebook @facebook.com/rtamericaslawyer. You can watch all RT America programs on DirecTV channel 321 and also stream them live on YouTube. Be sure to check out RT’s new portal, portable app, where we can watch all of your favorite programs. I’m Mike Papantonio and this is America’s Lawyer where every week we tell you the stories that corporate media is ordered not to tell because their advertisers won’t let them or because of their political involvement, it just doesn’t allow for it. Have a great night.