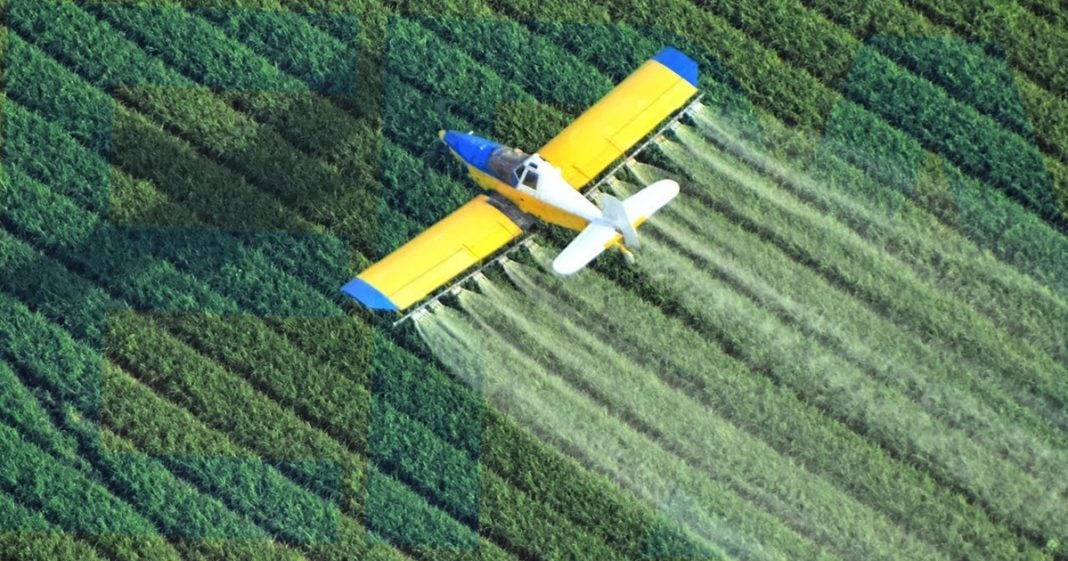 Via America’s Lawyer: The EPA quietly re-approves the deadly pesticide Paraquat for agricultural use, despite other countries banning the substance around the world. Mike Papantonio and Farron Cousins discuss more.

Mike Papantonio:             The rest of the world is banning the toxic herbicide Paraquat but not here in the United States, we’re actually expanding the use of it. Farron Cousins from trial lawyer magazine joins me to talk about this. You know, I used to think that maybe the EPA was just totally incompetent. Maybe they didn’t, they didn’t have enough funding. Maybe there was some, some problems similar to that. But now I’ve just concluded that they’re corrupt and they’re basically a criminal enterprise. I hope they sue me for that because I really want to take the depositions.

Farron Cousins:                  You know, it, it’s really hard to come to any other conclusion than them just being this wholly corrupt organization. Especially when you look at something like Paraquat, where they’ve known for years and years, our EPA, that this stuff is deadly, you know, that it can lead to Parkinson’s, the strong link there. Kidney problems, liver problems, you know, this is just as bad as all the other horrible herbicides. But our EPA, unlike the agencies all across the planet says, well, there’s really no alternatives to it. So we have to leave this on the market. And, uh, you know, Biden came along recently and expanded the use and said, I know Trump said you can’t disperse it through the air, you know, via airplane. But, uh, we’re going to go ahead and let you do that. I’m Mr. Environmental climate change is real president.

Mike Papantonio:             It, it, it took me back to the time I remember Obama when he came and he was running for office, I’m going to throw these Wall Street types in prison who have burned down our economy. You know how many went to prison? Zero, zero. This guy Biden comes into office, I’m going to expand agencies to improve the health of the American public. First, and what he does is even that bumpkin Trump had enough sense to say, this is bad stuff. It’s been banned all over the world. As a matter of fact, the countries that actually produce it, the UK, Switzerland, communist China, it is banned in those places. You can’t use it. But our president tells the EPA, oh, go ahead and, go ahead and okay it. We want to spray it through the air. That’s the story.

Farron Cousins:                  Right. These countries are making it and they have enough good sense to say, we don’t want our people exposed to it, but let’s go ahead and ship it off to the dumb old Americans, because we know because of the regulatory capture there, they’re going to let this chemical go. We’re going to keep making all the profits and they’re the ones assuming all the risk from it.

Mike Papantonio:             Yes, yes. Now here’s the problem. It causes Parkinson’s disease. It’s an awful way to die. But all these people from Parkinson’s disease, this is what they face, causes kidney problems, liver problems. It’s so bad that they’re finding a trend where it’s killing bees. It’s killing birds. Migrations of birds is being affected by it. We’ve known it for a long time. The EPA has had this in their file cabinets for a long time. But nevertheless, they say, well, now we’ve got permission from the president, Biden, to say, we now can spray it from the air. Here’s the problem. There’s something called drift. If they spray it on a field and your home or your business is within about 2000 feet of where they’re spraying it, you’re exposed. Three drops of this play, of this stuff can kill you, three drops. And it doesn’t, it’s not immediate. It’s a slow agonizing process because it causes Parkinson’s disease. These, these folks that are all dressed up like this, average people working around it, they’re not dressed like that. The, the farm worker that comes in over the border, they’re expendable. Right? We’ve talked about that.

Farron Cousins:                  Yeah, absolutely. And another problem here too, in the United States, is that we rely on these industry front groups. And I believe with Paraquat, they came, the agricultural handler exposure taskforce, which was really Bayer, Monsanto, Corteva, FMC, Syngenta, you know, people making this stuff and they told the EPA, oh, we’ve got all these studies here that show it’s totally safe. Use this instead of your real science. And so the EPA just says, okay.

Mike Papantonio:             They lied about the studies. I have the documents, they lied about it. They phonied up the clinical data. The EPA never looked behind it. Total absolute lies about the safety of this product and the EPA still goes along with it. Now the White House is saying, yeah, that’s okay.