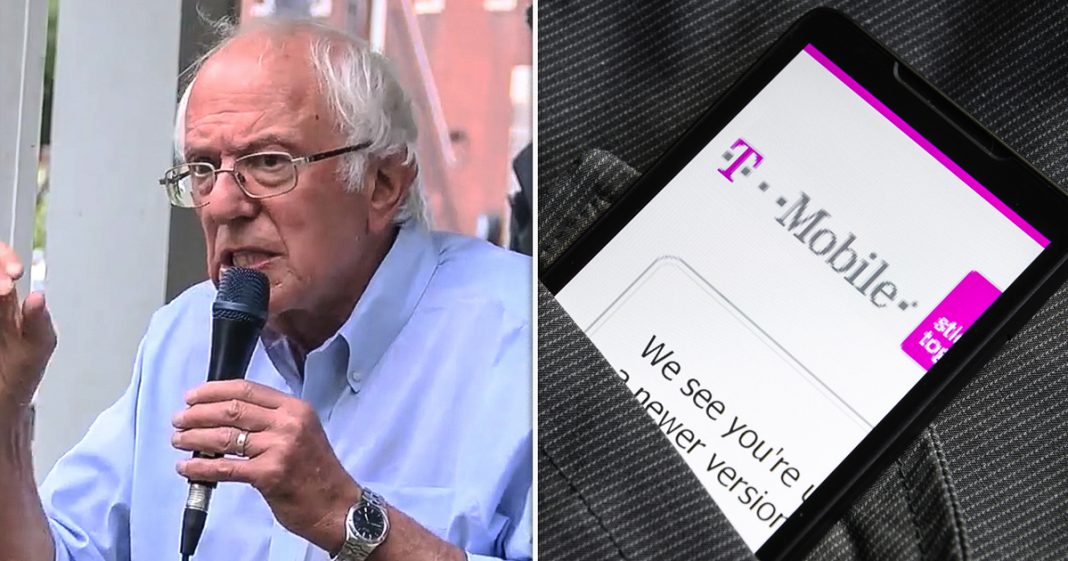 Via America’s Lawyer: A group of nine Democrats pledge to obstruct their own party’s $3.5 trillion budget bill which would threaten their donations from pharmaceutical and fossil fuel industries. Mike Papantonio and Farron Cousins discuss more. Also, 50 million T-Mobile customers were targeted by a hack that exposed their driver’s licenses and social security numbers. Consumer rights attorney Abbas Kazerounian joins Mike Papantonio to explain.

Mike Papantonio:             Big pharma and the oil industry are trying to derail a massive spending bill that Democrats are desperate to try to get passed. Um, wow.

Farron Cousins:                  Which means you have to have every single Democrat on board and you have to get VP Kamala Harris to come in and be the tie breaking vote. You can only do reconciliation three times per session. So it’s kind of like a little genie. You got to choose your wishes very carefully and this would be their third wish, but it’s a big one and it’s one that this country needs.

Mike Papantonio:             Ties up infrastructure with the budget. The, the, the, you got Democrats who are saying, oh, we can’t, we hate this because you’re taking away, they’re not saying this, but it’s affecting the, it’s affecting the oil industry and it’s affecting big pharma. Here’s what’s so ugly. It affects big pharma. These are Democrats who are willing to say, hey, you know what, I am against the idea of lowering prices for drugs. I mean, can you imagine that. The other thing that these Democrats are saying is I’m really against making any move away from fossil fuel. That is the, that is a simple truth about what’s going on here. And it’s Democrats, it’s moderate, what you’d call moderate Democrats, but some of them have not been characterized as moderate in the past.

Farron Cousins:                  Right. And let’s go, let’s name them here. We got Gottheimer, Bordeaux, Case, Costa, Cuellar, Golden, Gonzalez, Schrader, Vela and of course you have the US chamber of commerce right now, running ads, complementing and praising all nine of these Democrats. This, by the way, it was put together by David Sirota over at Jacobin. And he’s wonderful. I love what he does here.

Mike Papantonio:             This, this report by Sirota in Jacobin magazine is excellent. Let’s put the names of those folks up there and let’s let the American public see who’s messing with them. These are the folks.

Farron Cousins:                  Yeah. And this, this is a must pass piece of legislation. It gives the public something real, some real benefits to their daily lives. You can’t have these big interests come in and try to kill them.

Mike Papantonio:             Big pharma, big oil, always in charge of our lives. No difference here. Farron, thank you for joining us. Okay.

Mike Papantonio:             Consumer data breaches unfortunately happen like clockwork these days. There’s been a massive cyber attack against wireless customers. This time targeting more than tens of millions of T-Mobile users. Consumer rights attorney Abbas Kazerounian joins me now to talk about that. Abbas, first of all, fill us in on the details of this breach. How many, how many of the T-Mobile’s customers were actually affected, Abbas, and how exactly did hackers get, get ahold of this information?

Abbas Kazerounian:         Hi, nice to see you again, Mike. So on approximately August 16th, last month, some bad actors, some hackers, if you will, hacked into the networks of T-Mobile and compromised approximately 55 million consumers data points. And the data that we’re talking about includes social security numbers, driver’s licenses, names, date of births and the, if they used a, a pay as you go, they, they also hacked into the pin numbers. And so this data goes all the way back to the 1990s, and it’s a serious issue for T-Mobile and consumers around the country.

Abbas Kazerounian:         This is actually very troubling, Mike, because it’s reported that T-Mobile didn’t actually realize they had been hacked and that being a serious data breach until, and there’s various reports, some say 24 hours and some say 48 hours after the fact, after the breach had happened only when on Twitter, they realized that this data was on sale on the dark web. So that some bad actors could go buy this data off the dark web from these hackers.

Abbas Kazerounian:         Well, I mean, as far as their response, I mean, they’ve obviously done what they pretty much have to do, which is that they’ve offered consumers two years of ID protect, ID theft protection. As far as their liability, they’ve been fairly, kind of, you know, not being very responsive. I’m sure they’ve been advised by their lawyers not to. But as far as the liability goes, Mike, I think, you know, that’s an open-ended question because the state laws differ from every state. But for example, California has statutory damages available of up to $750 per consumer. But what I think is pretty universal is the fact that consumers are entitled to their actual damages. And what that actually means is, you know, if you have to spend time checking your credit reports or calling T-Mobile to see if you were compromised or any time that you lost, or of course in the most egregious way is if your identity actually has been stolen, some bad actors have setups, you know, credit cards or bought, you know, things on your credit. And that’s how you’ve been damaged. You’re entitled to do that. And furthermore, T-Mobile has an arbitration agreement, which I know you have documented and, you know, you know why it’s bad for consumers, you know, oh on your show many, many times. But we can use it as a sword here. What, what’s, the arbitration and the contract with T-Mobile says is that they have to pay the cost of arbitration and if the consumer prevails, which I’m sure most victims will, they’re entitled to all their attorney’s fees. But if T-Mobile wins, they’re not entitled to their attorney’s fees. So that is what’s available to consumers. And that is the only silver lining I see in all of this.

Mike Papantonio:             You know, the backstory to me, Abbas, is interesting. This, this kid, John Erin Binns says that the CIA took him prisoner and tortured him and held him prisoner and that this is his payback. And now he’s, now the question is, how much of this has he put on the dark web? Of course the CIA says, no, we don’t know the kid. We didn’t have anything to do with it. But he sued, this Binns has sued the government because he said, look, this is my payback. This is what you did to me. You abducted me, you tortured me. And now, you know what, I’m going to get even. Well tell, the story sounds just so bizarre, but it’s, it appears to be true. He’s brought a lawsuit, when you read the lawsuit, it sounds like it is the absolute truth.

Abbas Kazerounian:         Well, I mean, if someone’s brought a lawsuit on his behalf, they have, you know, what we call rule 11 obligations to do a due diligence, to make sure you’re not bringing a sham pleading or, you know, bringing a, you know, a case, you know, I, you know, in, in, in fraud, if you like. However, the CIA is not going to admit to, you know, it’s torture techniques and whether it has or has not been torturing any individuals. So what, you know, we can’t take that with, you know, with a straight face. But what I can tell you is, and, and, you know, I think the most upsetting part for consumers is that they don’t know where their data is. And if it’s on the dark web, it’s there for perpetuity potentially and we don’t know who has it and for how long they have it. And I think it’s that insecurity that, that is so troubling to American consumers.

Mike Papantonio:             Abbas, I’m glad you’re working this case. I don’t think there is a better lawyer in America to handle a case like this and I’m glad you’re out there doing that. Thank you for joining us. Okay.

Abbas Kazerounian:         Thank you, Mike. I really appreciate you having me.