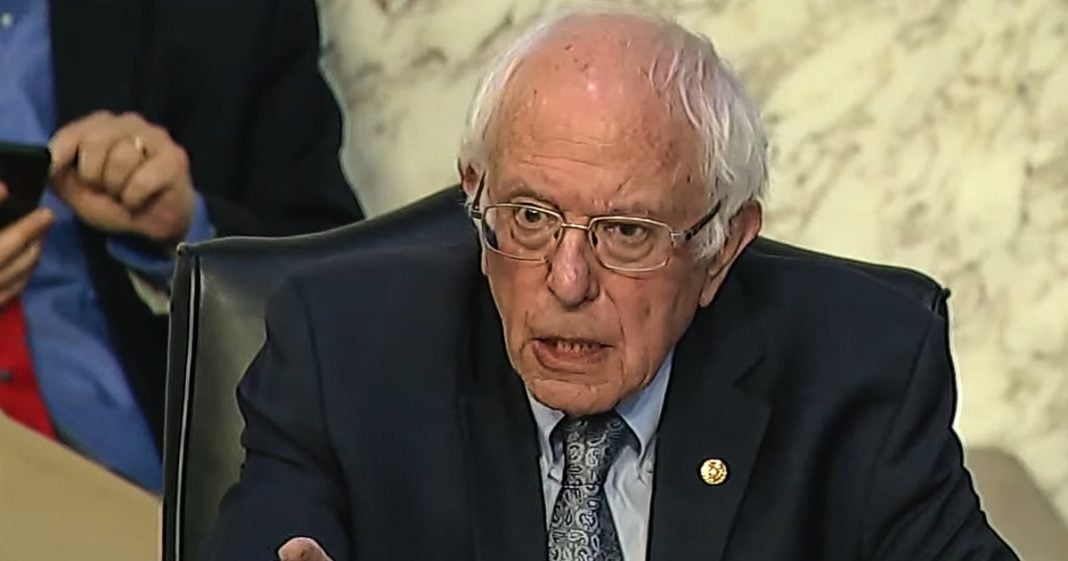 Via America’s Lawyer: A group of nine Democrats pledge to obstruct their own party’s $3.5 trillion budget bill which would threaten their donations from pharmaceutical and fossil fuel industries. Mike Papantonio and Farron Cousins discuss more.

Mike Papantonio:             Big pharma and the oil industry are trying to derail a massive spending bill that Democrats are desperate to try to get passed. Um, wow.

Farron Cousins:                  Which means you have to have every single Democrat on board and you have to get VP Kamala Harris to come in and be the tie breaking vote. You can only do reconciliation three times per session. So it’s kind of like a little genie. You got to choose your wishes very carefully and this would be their third wish, but it’s a big one and it’s one that this country needs.

Mike Papantonio:             Ties up infrastructure with the budget. The, the, the, you got Democrats who are saying, oh, we can’t, we hate this because you’re taking away, they’re not saying this, but it’s affecting the, it’s affecting the oil industry and it’s affecting big pharma. Here’s what’s so ugly. It affects big pharma. These are Democrats who are willing to say, hey, you know what, I am against the idea of lowering prices for drugs. I mean, can you imagine that. The other thing that these Democrats are saying is I’m really against making any move away from fossil fuel. That is the, that is a simple truth about what’s going on here. And it’s Democrats, it’s moderate, what you’d call moderate Democrats, but some of them have not been characterized as moderate in the past.

Farron Cousins:                  Right. And let’s go, let’s name them here. We got Gottheimer, Bordeaux, Case, Costa, Cuellar, Golden, Gonzalez, Schrader, Vela and of course you have the US chamber of commerce right now, running ads, complementing and praising all nine of these Democrats. This, by the way, it was put together by David Sirota over at Jacobin. And he’s wonderful. I love what he does here.

Mike Papantonio:             This, this report by Sirota in Jacobin magazine is excellent. Let’s put the names of those folks up there and let’s let the American public see who’s messing with them. These are the folks.

Farron Cousins:                  Yeah. And this, this is a must pass piece of legislation. It gives the public something real, some real benefits to their daily lives. You can’t have these big interests come in and try to kill them.

Mike Papantonio:             Big pharma, big oil, always in charge of our lives. No difference here. Farron, thank you for joining us. Okay.