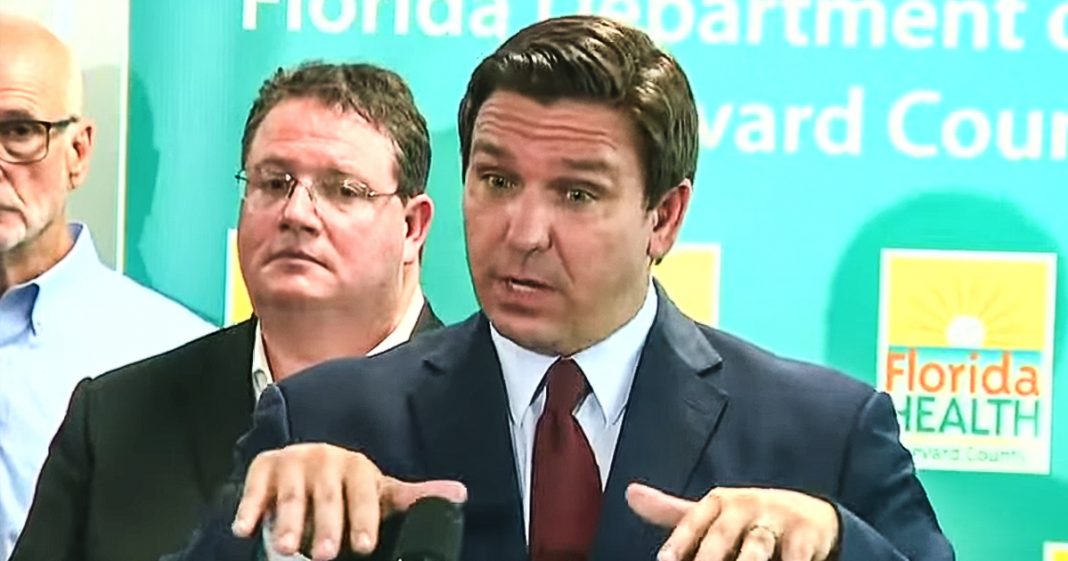 Mike Papantonio:             And finally tonight, some good news. A judge last week struck down Florida Governor’s Ron DeSantis ban on mask mandates as the state gets ravaged by COVID-19. Farron Cousins joins me again to talk about that ruling. Good ruling, sound ruling, tons of precedent for the ruling.

Farron Cousins:                  Yeah. And, and you had two previous Florida Supreme Court rulings that this ruling was based off of. DeSantis’ own legislation that he signed actually carved out a loophole that the judge says, listen, your, your own thing here says that these local governments in the interest of, you know, the health, safety, welfare, they can put these restrictions or, or undo a restriction, I should say, in place if you need to. So this was a phenomenal decision, but unfortunately what we’ve seen now, just in the last 48 hours is the DeSantis has now come out and still in violation of this court order, punishing these, well, at least two of the school districts by withholding their funds. So he’s defying the court order and nothing will happen to him.

Mike Papantonio:             Farron, this, this is the mystery. He is killing himself politically.

Mike Papantonio:             It’s, it’s like he doesn’t have a pollster or if he does have a pollster, the pollster is an idiot, a boneheaded idiot, because he was in command of the numbers. He’s running against Charlie Crist in Florida. He runs for, he’s running for president. This, this, these decisions are so bad and so unnecessary.

Mike Papantonio:             Ridiculous polling that’s giving, this moving him right now. I don’t know who he’s talking to, but they should be fired immediately.

Mike Papantonio:             That’s all for tonight. Find us on Twitter and on Facebook @facebook.com/rtamericaslawyer. You can watch all RT America programs on DirecTV channel 321. Also stream them live on YouTube and be sure, check out RT’s new portable app where you can watch all your favorite shows. I’m Mike Papantonio and this is America’s Lawyer where every week we tell you the stories that corporate media is ordered not to tell because their advertisers won’t let them or because of their political attachment, their political involvement doesn’t allow for it. Have a great night.