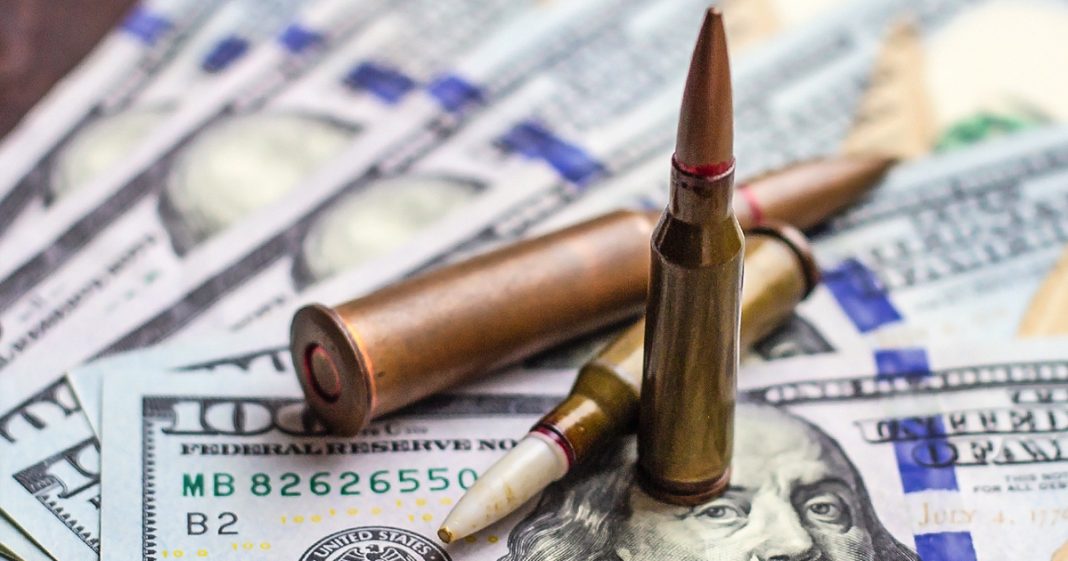 Mike Papantonio:             K street lobbyists are hoping that the chaos in Afghanistan is going to lead to a huge cash windfall for them and a new report suggests that they’re already getting that wish. Wow. What another ugly story. Anytime you see, anytime you see suffering, anytime you see chaos, you know what, it’s always an opportunity for, for Wall Street. This is their opportunity, right?

Farron Cousins:                  Yeah, it is. Right now, you’ve already got the major defense contractors that have ramped up their lobbying efforts because Afghanistan, let’s face it, it was nothing more than a cash cow for the weapons industry. And now that that cash cow has been put out to pasture. They’re saying, okay, well, we’ve got to get our lobbyists, we’ve got to go talk to Congress. We’ve got to get the White House involved. We got to find something new. But then even more disgustingly almost as you have these other countries, you know, a lot of them in the Middle East that have now already in the last two weeks, poured millions into K street.

Mike Papantonio:             You better give us money because we’re worried about the terrorists. Now, the studies that are done show that most of this money goes to the folks in charge. I mean, it doesn’t end up where it’s supposed to go. We give them tons of money. We give them tons of weapons. They sell the weapons to terrorists. They keep the money. But nevertheless, that does not stop K street lobbyists for saying, hey, this is a heck of an opportunity for us to make more money. Isn’t that kinda of way you see it?

Farron Cousins:                  Yeah. And it terrifies me because I’m, you know, I’ll call it right now. I think Biden, I think Democrats and I think Republicans will go along with these efforts because these countries are going to say, oh, look what you did to Afghanistan. We, we’re worried they’re going to come across our borders. Please sell us $500 billion in your weapons. And everybody will say, oh, we have to protect them, but we don’t want to send troops. So we’ll just sell you everything that we can possibly sell.

Mike Papantonio:             And, and, you know, it’s amazing the money that’s being spread around. And when the money does not go where the US government says it’s supposed to go. 23 PR firms and law firms right now are representing Saudi Arabia. It is like a cash cow gather time.