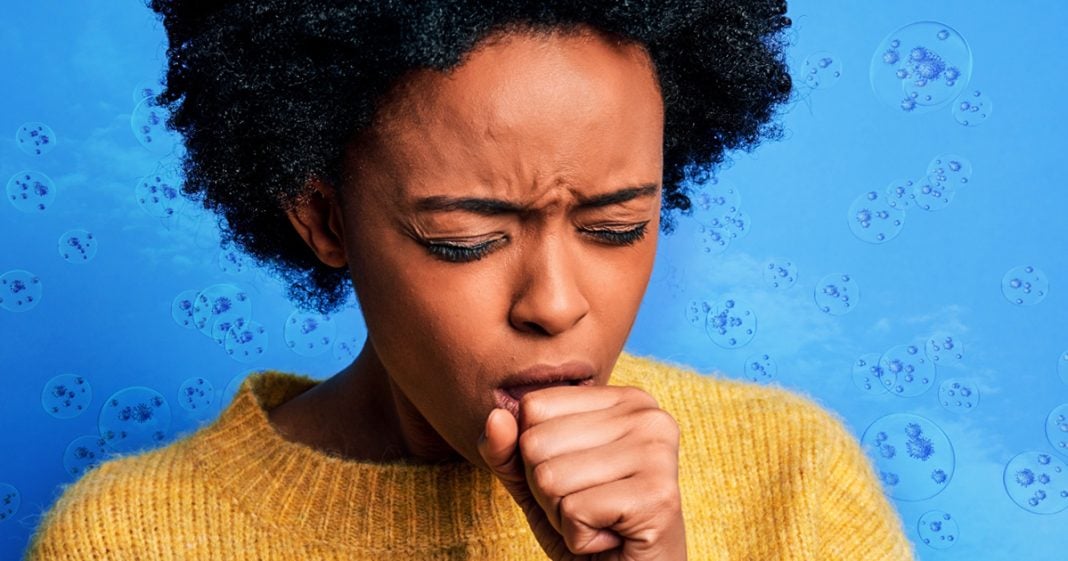 Via The News with Rick Sanchez: Legal analyst Attorney Sara Papantonio joins Tyrel Ventura, filling in for Rick Sanchez, to discuss the carcinogenic PFOS particles found in virtually all consumer items, spreads through the air and ocean, accumulates in organs, endures forever and humans do not know how to confront the problem.

Tyrel Ventura:                     As I mentioned earlier at the top of the show, not only do we have to fear breathing in smog, smoke-filled haze from massive forest fires and of course COVID-19, but now researchers have discovered that toxic pol, polyfluoroalkyl substances called PFAS have graduated from contaminating our food and water to now having been discovered in the air inside our homes, classrooms and stores at alarming levels. PFAS or forever chemicals because of their ability to not break down over time in nature and in our bodies have been linked to birth defects, liver disease and cancer. Joining us now to discuss the dangers of these chemicals on, and what regulators and the legal system can do to combat them, is lawyer and legal analyst, Sara Papantonio. Sara, thank you for joining us.

Sara Papantonio:              So the type of chemical we’re talking about PFAS is, is what we call the forever chemical. And we call it that because it is bio-accumulative. That means as you take ingested, it accumulates in your system. It’s, bio-persistent meaning that as you accum, it accumulates in your system, it stays in your system. And it’s also bio-active. So all of that PFAS in your system starts to react with your organs and that’s what makes it so incredibly dangerous. That’s why we start seeing the reaction to the certain cancers, the liver disease. I mean, this stuff is so pervasive in the world that it’s being found in oceans, in the Arctic, in really remote areas. And that’s just because it is, it is so pervasive and it’s so prevalent. Right. It’s been used on every basically household item, anything that we, that is non-stick, non-stain, which is virtually all of our consumer products, you find PFAS. So we’ve created this problem for ourselves that, that now we’re in a situation and we’re finally learning just how dangerous it is, but we don’t really know how to solve the problem.

Tyrel Ventura:                     And that is the, and that’s interesting because on the other side of this, you’ve got Robert Simon who I met and quoted earlier, the vice-president of the chemical products and technology division at the American chemistry council. He argues in the Hill that PFAS help make possible the cell phones, tablets and telecommunications that we use every day to connect with our friends and family. They are, they power the aircraft that power the US military and the wind and solar powers that help enable alternative energy sources and that banning or regulating them would do more harm than good. Is that truly the case? Are we so dependent on these dangerous chemicals that we can’t save ourselves from them?

Sara Papantonio:              I mean, we’re absolutely dependent on it. And, and I, I can’t sit here and say, we have to just totally erase PFAS and get rid of all of, all of the products that use it because that’s kind of unreasonable. But what we have to look at is the history of it. You know, we’ve known PFAS to be a dangerous chemical for the past couple of years, actually for a couple of decades now. And in the past couple years, we’ve started taking it off the market, or we’ve been telling manufacturers to take it off the market. But what this study actually just found is the very elements, the very PFAS chemicals that we have told manufacturers to take off the market have shown up in this study. So I don’t want to say we have to take it all off, but we have to enforce, we have to enforce these manufacturers with the government has to, to really act on this stuff and make sure that they’re holding these manufacturers liable and accountable for getting this nasty stuff off the market. So, so no, it, no, it wouldn’t be a good idea to take it all off the market, but enforce the truly, truly nasty, toxic PFAS chemicals that are causing so much harm to our environment and to ourselves.

Sara Papantonio:              Well, well just look, look around, they’re everywhere. This is a, a huge, huge, huge moneymaker for these companies. And just to put this into context, PFAS has been around for nearly 40 years and as you’ve discussed, and as we talked about, it’s a manmade, human-made chemical. So 40 years ago when DuPont and 3M were creating this chemical PFAS and realizing just the potential it did have, what they’re also doing was evaluating the science. So 40 years ago, these companies knew just how toxic, just how bio-persistent, bio-active, bio-accumulative this chemical was going to be, but they also saw, you know, dollar signs in their eyes. They also saw just how we can use it on virtually everything. And so guess which one won?