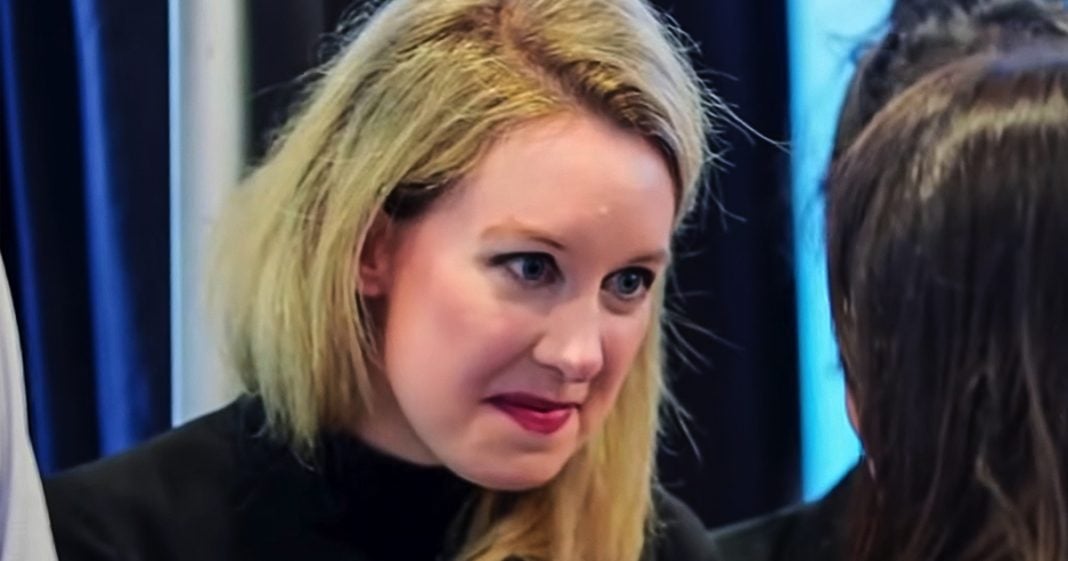 Via In Question: Former businesswoman Elizabeth Holmes is accused of securities fraud in a high-profile case wherein her defense involves claims of abusive control at the hands of a colleague and co-defendant which she alleges removed her capacity to make decisions. Attorney Michael Bixby weighs in on the unusual defense and other aspects of the case as well as the likely legacy of Elizabeth Holmes.

Faran Fronczak:                  Jury selection is in the works for the trial of Theranos founder Elizabeth Holmes. Now the 37 year old faces a total of 12 charges for allegedly engaging in a multi-million dollar fraud scheme with the company’s former COO Ramesh Sunny Balwani with whom she also was romantically involved with. Now it’s alleged that Holmes knowingly misrepresented the capabilities of her companies blood testing technology. She’s pleaded not guilty and she’s looking at 20 years in prison if she is found guilty. But there’s reports now starting to come out on what Holmes’ defense is going to be. So for more on this, we’re going to go to an attorney who knows these kinds of cases all too well, Michael Bixby of Levin Papantonio and Rafferty who focuses his practice on representing customers and investors in securities and investment fraud, kind of like this case. Michael, just in general, looking at this case, looking at all the evidence here, do you think there is going to be enough to find Elizabeth Holmes guilty?

Michael Bixby:                    Well, the, the state or the United States wouldn’t bring the case. They wouldn’t be at this point if they didn’t feel like that, the attorneys who are prosecuting this case, um, certainly there’s, there’s a lot of text messages, emails. They have evidence which they feel strongly about. The case wouldn’t be going to trial if there wasn’t the potential for the evidence to establish her being guilty. So I think the answer is, yes, obviously it’s up to the state to convince a jury that the evidence is what they say it is and to overcome the defenses that they’re going to hear during the trial.

Faran Fronczak:                  Now, the latest, as I mentioned, is what her defense is going to be. Holmes and her former partner of Theranos Sunny Balwani, they had a relationship. Her attorneys are now saying in her defense that it was her ex-boyfriend who exerted control over her for over the years and that she wasn’t in the right mental state when making decisions because of this abuse. Do you think that’s gonna work?

Michael Bixby:                    It could, because one of the key elements that the government has to prove is that she intended, she had the mens rea or the mental state to actually defraud. This makes it different than some investment fraud cases, some securities cases. A lot of the cases that I handle, you’re actually having to show and establish this intent, a means to be that she, she knew, she knew that the statements she was making were false and she made them, she did the actions she did with an intent to defraud. So if she is able to push the blame and say, I did not intend this, actually it was somebody else who was pulling the strings. I mean, she’s claiming physical, mental, sexual, emotional abuse, somebody managing her, her time, physically threatening her, controlling her. And I think that is a defense that could work. If she can convince if the attorneys can convince the jury that she did not intend, that she didn’t have that state of mind to commit the fraud, then it potentially could be a successful defense and it could get her off the hook.

Faran Fronczak:                  Yeah. You make a great point there, Michael. But, you know, then we also though have another caveat here. We’ve got dozens of potential jurors in this trial. They’ve been cut due to potential bias with her attorney citing inflammatory media coverage. You have just here, the HBO documentary, The Inventor: Out for Blood in Silicon Valley. You also had Yahoo finance, they just released their own documentary two days ago. What is the likeliness of getting a balanced group of jurors who haven’t been tainted by the news coverage?

Michael Bixby:                    And this is something and you’re pointing out some good points. It can be difficult. And it’s important, everybody, no matter if they’re guilty or innocent, they deserve a fair shake. That’s the point of our justice system. So what you mentioned is the jurors are getting cut. There’s a process that’s being taking place. The judge is doing the judge’s job. The prosecution’s doing the prosecutor’s job and the defense is doing theirs. So they’re working hard. There’s a system in place and, and it’s an effective system. I trust the system on this point. I think if, if everybody’s doing their job and doing it in good faith, I believe that you can get a fair and impartial jury and that’s why you see the cuts. I actually think that’s evidence of them working very hard, the courts and the attorneys involved, to ensure that you’re getting a fair trial.

Faran Fronczak:                  Yeah. And, you know, you’ve dealt with cases like this. You’ve dealt with people trying to claim their innocence. Um, according to some critics, you know, Holmes was once seen as the Silicon Valley darling. Now they’re saying she’s probably going to be remembered like the king of Ponzi schemes, Bernie Madoff. Do you agree or how do you see her legacy going from here?

Michael Bixby:                    That’s, that’s a great question. And I see it as I can see where that’s coming from. But I do think that this is different in a couple of ways is one, this is a company she started, I believe when she was 19. I mean, this goes back to the early two thousands. This is something that went for a long time. And Bernie Madoff’s was, was a fraud from the start. It’s unclear, I mean, what the evidence is going to show at the end of the day, what the decision in the trial was going to be about. Was this intentional, was this something that was a fraud from the beginning or did something fall? Did, did she lose her way throughout what happened? Whereas Bernie Madoff, who was an absolute fraud, it was an outright fraud, a Ponzi scheme, and it hurt more main street investors. It hurt more regular retires, retirees. So I think the Madoff situation, even if she’s found guilty will be much worse. But ultimately the legacy I think will be determined by is she convicted or is she found not guilty.

Faran Fronczak:                  Michael Bixby of Levin Papantonio and Rafferty. Michael, thanks so much for your expertise on this. We gotta get you back on for that. Thank you.