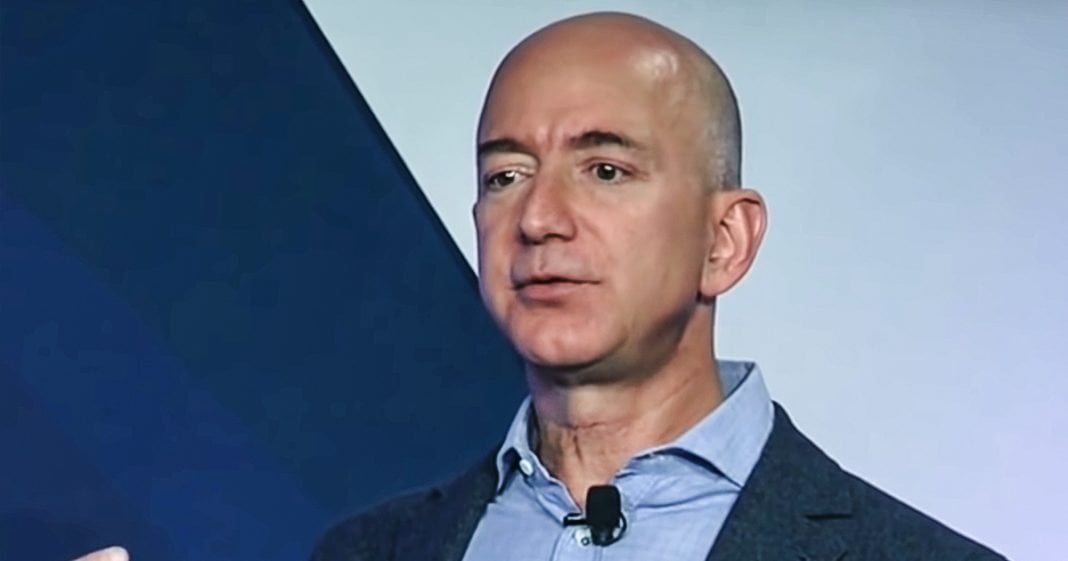 Mike Papantonio:             Amazon scored a major NSA contract recently after spending years beefing up their ranks within the military, brass. This Amazon story resurfaces all the time, doesn’t it?

Farron Cousins:                  Yeah. And it’s so ridiculous. This was called, you know, wild and stormy is actually the name of the contract. That is what they’re selling this as. And Amazon has spent the last couple of years, I think they have 26 former FBI officials that now work at Amazon as part of their security apparatus, then oh, lo and behold, those same individuals who came from the FBI helped secure this massive multi-billion dollar contract for Amazon. And people need to understand how terrifying this is because we all know what the NSA is. That’s the group that has been caught time and time again, spying on American citizens. And we’re handing this contract over to one of the biggest, you know, most personally intrusive companies here in the United States that knows everything about you. They know your bank information. They know your income. They know what you shop for. This is a horrible marriage that people should be terrified of.

Mike Papantonio:             It’s, it’s pay to play, Farron. It’s pay to play. Bezos understands the reason he could edge out Mic, Well, it’s a little more complex than that. First of all, Bezos owns the Washington Post.

Mike Papantonio:             Okay. They gotta have con, this administration has got to have control over the Washington Post. They had Washington Post on their side in the election. This is payback time. So you’ve got $10 billion sitting out there. You got Microsoft going after the money and you got Bezos going after the money. Bezos wins because he does everything this administration wants him to do. He cooperates with the NSA. He cooperates with the CIA. He is one of them. As you point out, hired 26 FBI agents working for Amazon right now. Actually, basically they’re spooks that are going after the employees, trying to make sure the employees are doing what they’re supposed to do. So this is a guy who from the very start has had this wonderful relationship with Washington, wonderful relationship with the spook industry, NSA, CIA. He thinks of himself as one of them. Now we’ve given him $10 billion. He has everybody’s information.

Farron Cousins:                  Well, and if I’m not mistaken, right. I looked back at the Trump years. I believe Microsoft originally had the contract and then Bezos got angry because he said, oh, well, Trump excluded us because Trump doesn’t like me. Doesn’t like that. And so then it was re-evaluated and now, oh, okay, Bezos. Now you, now you can have. This whole thing has absolutely been riddled with problems from the start.

Mike Papantonio:             Well, after the Washington Post gave Biden all this wonderful, wonderful newspaper story after newspaper story. What a great guy. We got to elect him. This is the payback. Thank you for joining me. Okay.