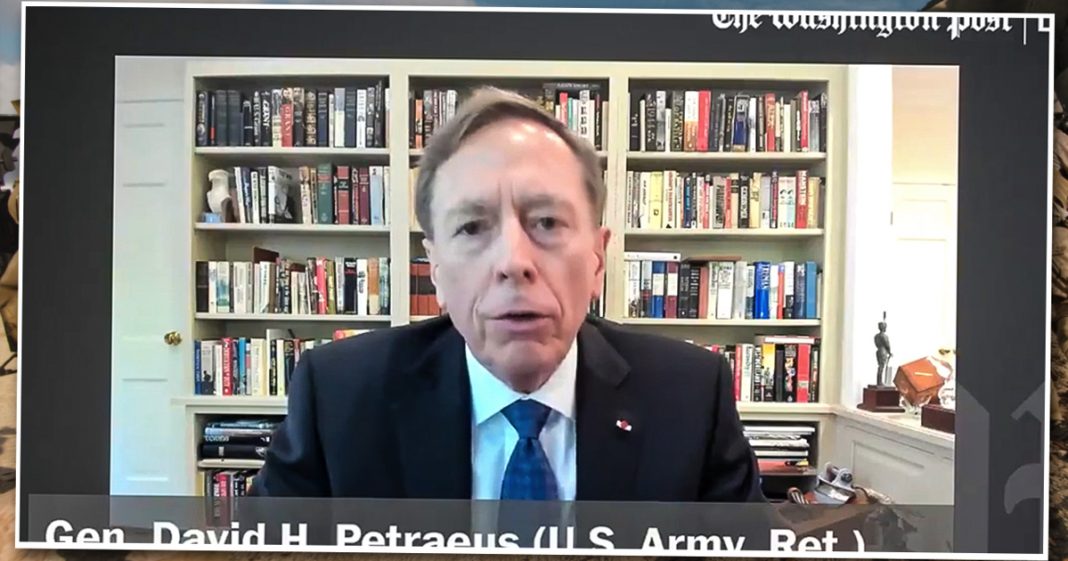 Via America’s Lawyer: Former Defense Department officials make the rounds on cable news networks criticizing President Biden for withdrawing from Afghanistan and insisting the U.S. continue its 20-year occupation. Left unmentioned were their close ties with defense contractors who hate to watch their Middle East cash cow finally be put out to pasture. Mike Papantonio and Farron Cousins discuss more.

Mike Papantonio:             Defense industry pundits have been popping up all over cable news this past week. They’re going to tell us we need to get right back into Afghanistan. Farron Cousins with trial lawyer magazine joins me now to talk about this. Farron, do you remember how much angst both of us had when we watched corporate media, MSNBC, CNN, primarily the cable stations, that were dying to get us into war after 9/11. They wanted to get us into Iraq. They wanted to get us into Afghanistan. You remember they were walking around on maps that were on the floor. They fired great, great commentary people, because they were against the war. You covered that story back then. We did it, I remember.

Farron Cousins:                  And, and this is just history repeating itself and not just in the same manner of bringing on these paid shills to sell us a new war, but also because it’s, it’s the same people. They’re bringing back on the same individuals that got us into Afghanistan in the first place telling us now, oh, we have to go right back in. Some of them have literally said, why don’t we try doing Afghanistan light, you know, as if it’s some kind of, you know, light beer that, oh, it’s the same great war, half the calories.

Mike Papantonio:             We should have never gone in. We had to get out. But now the, the narrative is changing. These same talking heads are showing up and they’re defending the NSA. They’re defending the CIA. How in the world could those two organizations, organizations have screwed up any worse than they did? If, you know, if you got general Milley taking information from the CIA and the NSA, it was all wrong. Every bit of it was wrong. What’s your take?

Farron Cousins:                  Yeah, you’re right. All of these individuals were absolutely wrong. And I think the media is absolutely loving the chaos that they’re seeing in Afghanistan right now. Because as we know, this is very simple, war sells. But war doesn’t just sell in terms of eyeballs, war sells big times with those defense contractors who then start buying up advertisements saying, Boeing is out here for you. General Dynamics is looking out for you, keeping America safe. Lockheed Martin runs commercials on cable news shows.

Mike Papantonio:             Why, why do you have folks like Boeing or Lockheed Martin, why are they on MSNBC advertising? Are we going to go buy a jet? Are we going to buy a missile launcher? It doesn’t make any sense other than the fact that when the time comes, they put these numskulls, these people like this, they put these numskulls on TV to promote war. This has gotten so crazy they’re, you know, again, the, the withdrawal is unforgivable. The, with the way this was done is unforgivable. I don’t, the guy calls himself a president. He blames it on his advisors. These people were trying to take up for the advisors, say the NSA was right. CIA was right. Really? Doesn’t look like they were right. So now the spin is, this is a Dunkirk moment. Have you heard that?

Farron Cousins:                  Absolutely. And so you’ve got, Petraeus, you’ve got Leon Panetta, you’ve got Condoleezza Rice. So many of these other individuals, there was a great piece in the Intercept, you know, Ryan Grim, Sara Sirota, Lee Fang and Rose Adams wrote a phenomenal piece.

Farron Cousins:                  And never disclosing, oh, by the way, all these people who lied us into this war are now working for the defense industry.