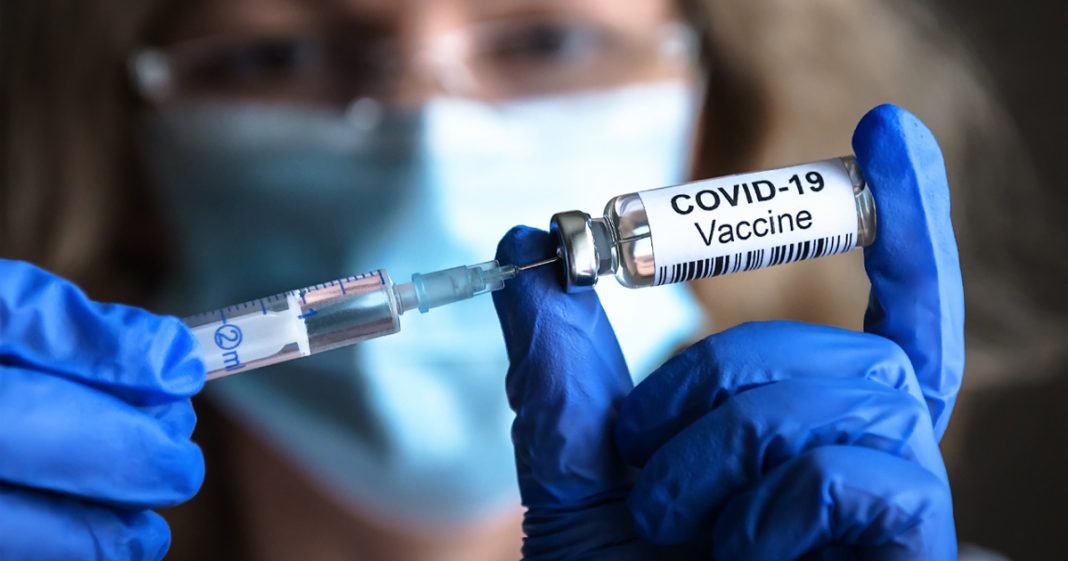 Via In Question: Even before Pfizer’s FDA approval, vaccine mandates were rolling out across the country. But who is liable for injuries that arise from COVID-19 shots? Michael Bixby attorney at Levin, Papantonio and Rafferty weighs in.

Manila Chan:                       And joining us to discuss that, attorney at Levin Papantonio and Rafferty, Michael Bixby is here. Mike, thanks for joining us today. So this week we saw that the FDA granted full approval for the Pfizer COVID vaccine. Prior to that, we know they operated under emergency use authorization. So those who received their vaccine basically relinquished the right to sue should any harm arise after they received the Pfizer vax. Now that they are fully FDA approved like a polio vaccine or the measles vaccine, will Pfizer still be shielded from product liability through the normal court filings?

Michael Bixby:                    The answer is yes, they will and that’s, that’s actually true, normal court filings what you think of, hey, if you’re harmed, you need to go to state court or federal court, get your case in front of a jury. Be able to find all the evidence, be able to search for the truth, prove your case if somebody has wronged you. That’s not an option and it’s not, that’s not unique to the COVID-19 vaccines. That’s pretty much all vaccines. That’s, that’s not available to them. And as the report talked about, there’s a couple of other options. There’s vaccine court. But that’s not the same as regular court. That’s not the same as going and getting in front of a jury in the same way. But as you pointed out, vaccine court is not available and even the FDA approval is not going to change that.

So the COVID-19 vaccine, the Pfizer vaccine, you won’t be able to submit a claim via the usual vaccine court method. The only thing available to you is that CICP the countermeasure injury compensation program, and, and that program does almost nothing. Professor Renée Gen, Gentry from George Washington University, she said about the vaccine CICP program that you’d have to go through for the COVID-19 vaccine, that you have the right to file a claim and you have the right to lose. There, there’s no due process. There’s no judge. There’s no judicial appeal. And there’s absolutely no transparency. It’s been called repeatedly a black hole of a process that you go through with a nameless administrator and the proof’s in the pudding with it. In the last 10 years, less than three claims a year have been compensated through that program.

So while vaccine court itself, it doesn’t have the same procedural protections that you get in a state or federal court. You don’t get to present the same evidence. You don’t get to present to a jury of your peers like you would in a normal civil, civil case. It’s still much, much better than say the CICP program, which does virtually nothing. And the vaccine court, like I said, it’s still flawed.

Michael Bixby:                    The process can take 10 years. There’s strict limitations on damages. It’s limited to only certain vaccines. But it would be a heck of a lot better than the CIPC program.

Manila Chan:                       Now, let me ask you this, Michael, the NVICP aka vaccine court, works similar to a traditional civil court. However, there are only a limited number of types of vaccine cases they will hear. Why have they not added the various COVID vaccines to this list?

Michael Bixby:                    That, that’s a great question. And frankly, the answer is probably that more people aren’t asking that question, because most people aren’t even aware that this weird legal system, this special legal system even exists at all. There has been some legislation introduced. There’s a vaccine court modernization act that has been introduced. It is not passed. And I don’t think has garnered a lot of attention or a lot of support that would actually add COVID vaccines to the vaccine court list. And that would be in a more fair system, at least compared to the CICP although a very flawed and imperfect system. I would argue that that would actually be a much better thing, frankly, for the vaccine in general. This isn’t necessarily an anti-vaccine thing. Personally, I’m vaccinated. I have the Pfizer vaccine. I think this will be a good thing for vaccine hesitancy for a lot of people who don’t want to get it. And this is a concern that a lot of people don’t want to get it. And then they’re being told, or if they understand, hey, if something bad does happen, if there is an adverse side effect, there’s basically nothing for you to do.

Michael Bixby:                    So this is a good thing. It doesn’t need to be seen as anti-vaccine. This is something that’s, it’s fair. We’re asking people to do it. There needs to be some sort of accountability and system, the vaccine court again, while imperfect and I would argue there’s a lot that could be done to make that system more fair, because there’s a lot of unfairness built into that system. But it would be better I think, to add in COVID vaccines to the vaccine court, compared to where they are right now.

Manila Chan:                       I agree. I agree with all of that sentiment. Real quickly, Michael, according to the rules of the NVICP and the CDC, healthcare providers are legally obligated to give everyone a VIS a vaccine info statement, a document describing what the vaccine is for, who should get it, who shouldn’t get it, in simple terms. That is required under the national childhood vaccine injury act of 1986. There was evidence to suggest that this has not been done with the three COVID vaccines available in America, whether or not anyone’s been injured by these vaccines, is that enough grounds for an upcoming wave of class action lawsuits?

Michael Bixby:                    I, I don’t think so. The restrictions that are in place right now, legally, are that restrictive. They’re that punitive in nature. They, they bar, I think almost any type of action like that, even if there was some form that was required to be given, my expectation would be is that liability or actually accountability in a, in a court would, would be almost impossible.

Manila Chan:                       Wow. And people wonder why it feels like the laws are written for big pharma, big companies, and not the average, Joe. Michael Bixby attorney at Levin Papantonio Rafferty. Thank you so much.