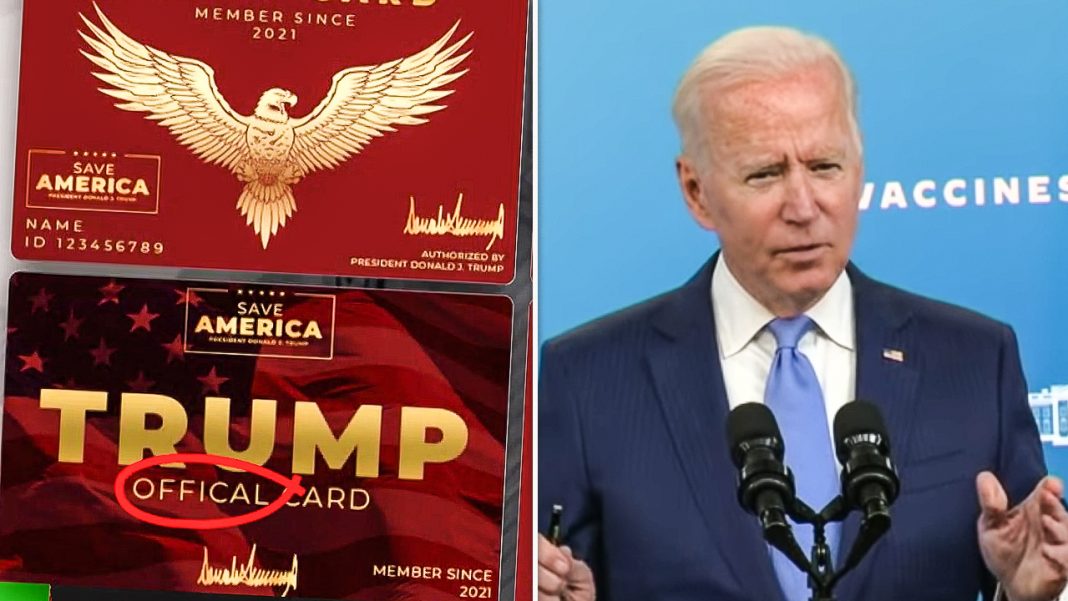 Via America’s Lawyer: The 2022 midterms are stirring concerns among Democrats and Republicans alike. Mike Papantonio and Farron Cousins discuss more. Also, President Biden orders the CDC to impose another eviction moratorium to protect millions of renters from homelessness. RT correspondent Brigida Santos joins Mike Papantonio to explain how real estate moguls have been aggressively lobbying against the order – insisting they’re losing out on profits.

Mike Papantonio:             The midterm elections will be here before you know it and both Democrats and Republicans are struggling to find a confident leader to put in their respective parties ahead of the other. So pick up from there, pick up from there.

Farron Cousins:                  There’s just so many problems to talk about with both of the parties. The biggest one, obviously right now you’ve got the Democratic party, they did get a victory, right? The infrastructure bill passed the Senate earlier this week. But they’ve got a huge liability actually in the form of vice-president Kamala Harris. It turns out the public really doesn’t like her at all. She has had all kinds of missteps, reports from the media about total dysfunction within her staff, where the staff says your decision-making is garbage and we do not trust your vision on anything at this point. And then of course, a recent meeting that all of her allies had to have to say, what the hell can we do? Because she’s killing us.

Mike Papantonio:             Tulsi Gabbard. I mean, you know, you had some people who really had some qualifications, this was purely in-house Democratic politics, California demanding that we had to have her on the. And now it’s almost it’s, it’s, it’s nauseated.

Mike Papantonio:             You see her at the border or when she finally went to the border, giggling like it’s funny. I mean, I waiting for her to giggle about a potential war with China. This, this take on, on this woman and, and let me just tell you something. I dare somebody to say that we’re being sexist about, this is not sexism.

Farron Cousins:                  Right. And, in fact too, she has a higher approval rating among men than she does with women. Men are more accepting of her and like her. But the problem is it’s not about race or gender. It’s about the fact that she has had opportunities to step out, to actually be a leader and she’s failed to rise to that occasion. She’s not helping to push any kind of legislative progress for the Democrats, which is what the VP should be doing. I mean, look, remember Obamacare, Joe Biden went out trying to push this thing and sell it to the American public. Where was she on infrastructure? She wasn’t doing that.

Mike Papantonio:             She is the equivalent for Democrats that Sarah Palin was for Republicans. I mean, there’s no other way to get it. The woman looks ridiculous when she tries to give a speech with that gawful that she get, you know, that laugh. Would you please get serious about something? And so her friends, Hillary Clinton, Donna Brazile, they, they all meet with her and say, man, you gotta pull this together. You’re killing us.

Farron Cousins:                  Well, and then of course we have the other side, you know, Democrats have their own problems and we’ve got the Republicans that are all trying to trip over themselves to fall in line with Donald Trump. And here we have Trump who says, well, I’m going to release these loyalty cards and they can’t even spell the word official.

Mike Papantonio:             They’ve got a loyalty card that it has, first of all, is it has like this eagle. It reminds you of Goebbels, you know.

Mike Papantonio:             President Joe Biden has ordered the CDC to issue a new federal eviction moratorium to temporarily halt evictions in counties where COVID-19 is spreading rapidly. Brigida Santos joins me to talk about this story. Wow, this is, this is complicated, isn’t it? How likely are the courts to uphold the CDC’s latest order? What’s your take on that?

Brigida Santos:                   I think it’s pretty unlikely at this point. This week, a federal judge in Washington already hinted that the 60 day eviction freeze won’t survive legal challenges by landlords because some justices on the Supreme Court have already previously stated that the centers for disease control and prevention did not have the authority to issue an eviction ban in the first place after the one imposed by Congress expired. Now, the reason SCOTUS initially declined to lift the ban is because the landlord group asked the high court to do so just days before the first CDC moratorium was set to expire. But now that a new order has been implemented by the CDC legal challenges are likely to overturn that eviction freeze. SCOTUS has already said that Congress is the only one that has the authority to temporarily prevent landlords from kicking out tenants. So until Congress steps in, the latest order is very likely to be struck down.

Mike Papantonio:             Yeah, it was symbolic by Biden. There’s, there’s no way the courts are going to say, yeah, you can do this. Most of the issues surrounding CDC, surrounding the COVID issues are all, they fall into what we call police powers, health, safety and welfare. I don’t know that this gets it there. It’s a taking of property. The landowner obviously has, some of these landowners are claiming they’re going bankrupt. The ugly part of it is because Wall Street, who has no risk of on bankrupt, they’re just saying, you know, we want our money, hell with everybody else, which is typical of Wall Street. How’s Wall Street trying to cash in on these evictions?

Brigida Santos:                   Yeah. The Intercept reports that Wall Street analysts are asking corporate apartment owners, how they can benefit from future evictions. Investor owned apartment trusts are now reportedly gearing up to remove tenants for nonpayment, renovate units and then hike up rent costs. Real estate groups have also focused on how to generate profits during the pandemic and they spent over $100 million lobbying. Prices in the housing market shot up during the pandemic and rent prices are now following suit. In June, rent was up 14% from the previous year. Real estate stocks have also soared, but for tenants facing eviction, renting again in the future is going to be very difficult once you have an eviction on your record.

Mike Papantonio:             Yeah, you can’t look at this just as a Wall Street issue. They’re always flying monkey predators coming out of Wall Street. They’re the ugliest of the uglies. But on the other side of that, you’ve got mom and pop, okay. They, they, they have an investment in something that they’re renting out. They run the risk of going bankrupt if that money doesn’t come in. So it’s a really complicated situation. I think the court is going to look at it and they’re going to look at the mom and pop side of it and say, no, you have no right to take this unnecessarily. Congress created an emergency rental assistance program to help tenants during the pandemic. What’s the status of that? That seems like it’s a more logical approach.

Brigida Santos:                   It’s more logical, but unfortunately states are making it incredibly hard for renters to access the $46 billion emergency rental assistance fund and on top of that, places like California have been struggling to pay people. Just two weeks ago, here in California, there was a 200,000 claim backlog at the employment development department. People who lost jobs due to no fault of their own have been waiting for months to hear back about their unemployment claims. They still can’t get ahold of anyone at EDD. All this not only hurts tenants facing economic hardship due to the pandemic, but also those small mom and pop landlords and individuals who own and rent out single properties as you just mentioned. Meanwhile, many corporate landowners, landlords, they raped in those PPP loans and they are continuing to profit. As we’ve seen time and time again, government bailouts and economic crises designed to help those on the bottom of the economic ladder are ultimately helping those on top.

Mike Papantonio:             Yeah. I think you’re gonna see a lot more aggressive age, edge coming from the courts on this, Brigida. They’re going to say, look, you know, there’s only so long we can do this. If Biden wants to help, then he needs to make sure that there’s a way to get the money to these folks to help supplement rent. And that’s, that’s the way they’re gonna look at it. I, I, so, so from a landowner standpoint, you know, it’s a split, it’s kind of a split the baby kind of problem. Thank you for joining me. Okay.