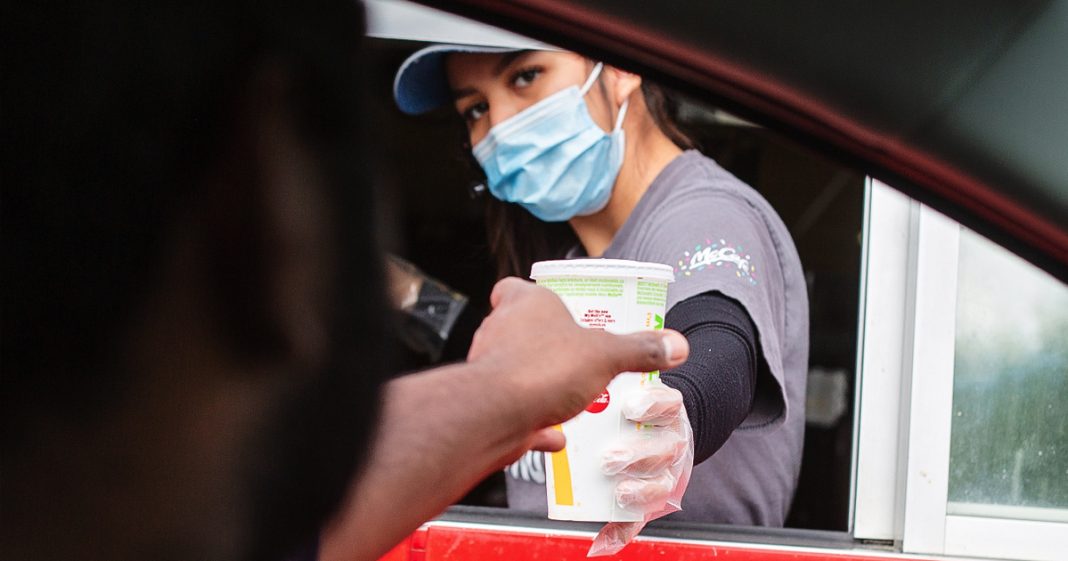 Via America’s Lawyer: In a win for workers, a McDonald’s franchise in CA agrees to settle a 2020 lawsuit by providing its employees proper PPE, paid sick leave, and improved restaurant sanitization. Mike Papantonio and Farron Cousins discuss more.

Mike Papantonio:             Finally tonight, some good news. A McDonald’s franchise has agreed to a major settlement that could have nationwide implications for fast food workers in the COVID era. Farron Cousins joins me again to talk about this case. You know, I remember we did a story early on in this, I don’t know if we talked about this, but McDonald’s was handing out dog diapers and they were handing out coffee filters to their employees to use as masks.

Farron Cousins:                  And of course, you know, they, at the same time, letting their employees get assaulted for telling customers, you had to wear a mask. But so this is a really great decision here. You’ve got this, it’s a single franchise out in California, but it does have nationwide impacts here because they finally agreed, okay, listen, we’ll give you real masks. We’ll give you the latex gloves. We’ll give you paid sick leave. Which is huge.

Farron Cousins:                  And so hopefully, we’ve already seen some inklings that the whole McDonald’s corporation may start moving in this direction. There is a big fight to try to make that happen.

Farron Cousins:                  It really is. And so if we can get these people protected, you know, they already have a difficult job where they’re treated insanely poorly. We have talked about the abuse they suffer plenty of times. So this is a great step for them and a victory for workers.

Mike Papantonio:             That’s all for tonight. Find us on Twitter and on Facebook @facebook.com/rtamericaslawyer. You can watch all RT America programs on Direct TV channel 321. Also stream them live on YouTube and be sure, check out RT’s new portable app, where you can watch all your favorite shows. I’m Mike Papantonio and this is America’s Lawyer where every week we tell you stories that corporate media is ordered not to tell because their advertisers won’t let them and because of their political affiliations don’t allow them to tell the story. Have a great night.