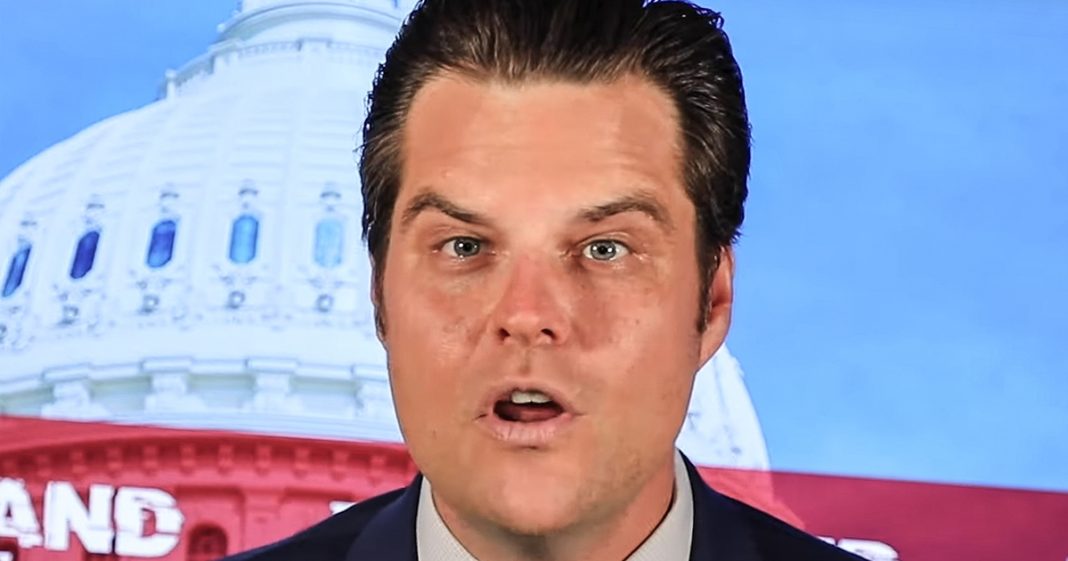 Mike Papantonio:             More information emerged last week in the Matt Gaetz scandal with new evidence directly implicating the congressmen in potential criminal activity. You have followed this story more than any reporter in America, take it from there.

Farron Cousins:                  You know, I was actually starting to lose faith in the investigation. I thought for sure, Matt Gaetz may have already gotten away with this and then of course, last week, big story breaks from ABC news. Listen, uh, turns out Joel Greenburg, the indicted Seminole county tax collector who’s good friends with Gaetz, has been turning over thousands of pieces of evidence. This includes videos, photographs, text messages, emails, everything you could possibly want and yes, according to some of the evidence that has, I guess been leaked, it does appear to directly implicate Matt Gaetz in this, you know, underage sex scandal.

Mike Papantonio:             Here’s the problem I’ve said, it’s time, we have a DOJ department of justice that has no courage. If it’s not low hanging fruit, the trial lawyers will not go to trial to try a case. It’s got to be a lock stock deal where they know absolutely 100% they’re going to win. That’s how they think at the department of justice. Otherwise there would already be indictments flying. Don’t you think?

Mike Papantonio:             Okay. I got, I got Matt Gaetz is my pal. We want to meet with you and they want to meet, they want to meet at, and Jason Pirozzolo. Jason Pirozzolo was the guy who led the medical marijuana fight in Florida. So they want to meet over at Jason’s house with a little ecstasy, I guess, the way these emails read. This is a craziest story I’ve ever seen. And for the department of justice still be saying, I don’t know if we got enough. My God, we go to trial with a fraction of that kind of thing in what we do.

Farron Cousins:                  So the fact that this man is still allowed to travel the country with Marjorie Taylor Greene, giving ridiculous speeches. No, I mean, we’ve got the evidence. Let’s make it happen.