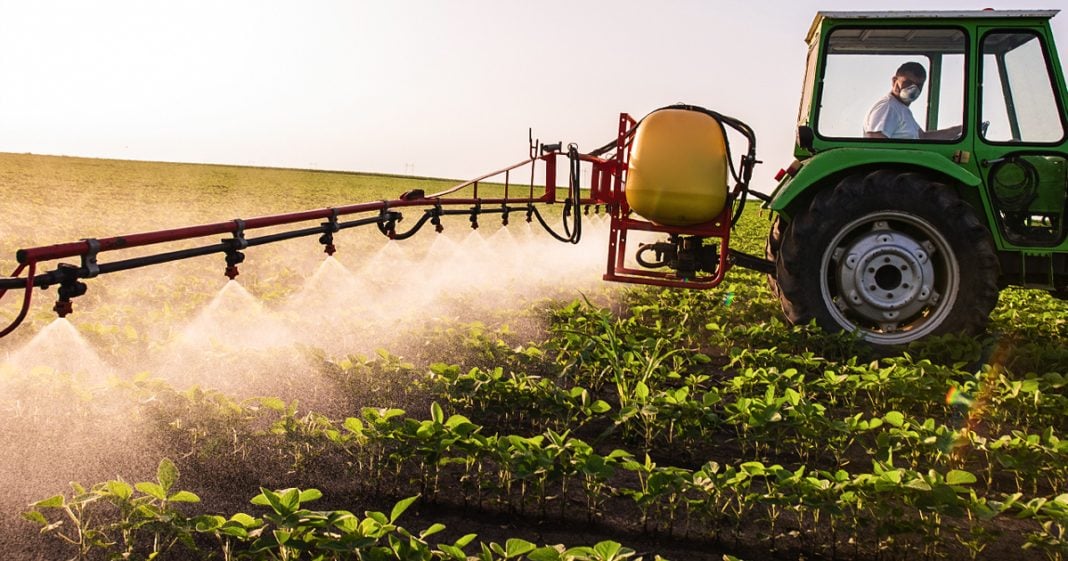 Via In Question: In a revival of an Obama-era decision the Environmental Protection Agency is reversing the Trump EPA use of chlorpyrifos a toxic pesticide used in mass farming known to cause birth defects, ADD, and other health side effects. This ban is seen as a victory for the United Farm Workers union and environmentalists. Attorney Sara Papantonio joins Manila Chan to discuss more.

Manila Chan:                       In a revival of an Obama era decision, the environmental protection agency is reversing the Trump era EPA use of chlorpyrifos, a toxic pesticide used in mass farming known to cause birth defects, lowered IQ, ADD, and other health effects. This ban is seen as a victory for those with the united farm workers union and environmentalists. Joining us to explain all that is attorney at Levin Papantonio and Rafferty, Sara Papantonio is here. Hi Sara. So can you explain to us more about these chlorpyrifos, I’m not even sure if I’m saying that correctly, and why did the Trump EPA turn around and make them legal again?

Sara Papantonio:              Yeah. So here, here’s what we need to know about those chlorpyrifos. It’s a difficult word to pronounce. This is a highly potent, very toxic pesticide and we’ve known that it’s been toxic and potent for years now, since about 2007, when we first made the attempt to get it off the market. But here’s the issue. We’ve got an EPA that is so dysfunctional and so politically motivated that they just refuse to take action for political reasons. And so, so that’s the situation we’re dealing with. We’re finally now about 15 years later, making the decision that it’s finally time to take this thing off the market, but think of what we could have done. Think of all the children, all the families, all the people that would have been protected 10 years ago, that’s a generation of human beings who would not have ingested a potent deadly toxin. And it’s, I mean, it’s a good thing we’re finally got there, but it’s a long time coming.

Manila Chan:                       Have we seen Sara, the, any evidence of its harmful side effects? I mean, many which sound akin to the poisoning suffered by folks in Flint, Michigan, and their water crisis.

Sara Papantonio:              Yeah, exactly. This science, the point is though this science comes directly from the EPA scientist. For years, they have known that this is a harmful toxin, a harmful pesticide, and they’ve actually been challenged on that issue for years. And, and what this really boils down to Manila is this wasn’t a decision made by the EPA. This was a decision made by the courts. The fact is that we have judges, you know, lawyers like me analyze the science and tell us consumers whether or not it’s safe because the EPA is so dysfunctional and they won’t make the decision for themselves. So, you know, we’re calling this an EPA victory, but we have to go back to the fact that this is actually a court ordered ban a, an appellate court told the EPA that you have to determine whether or not you’re going to make this safe or you have to take it off the market entirely.

Manila Chan:                       Yeah, it seems so dysfunctional in the past, I would say growing past 10, 15 years, but now that this pesticide, you know, is considered illegal, it has gone back and forth with being legal, illegal between the Trump era, the Obama era, and now the Biden era. Can anyone who was harmed by it, sue, if it were used during the Trump era, when it was still legal?

Sara Papantonio:              You know, that’s something that we’re going to have to look into. But, but going back to this kind of political motivation and these political arguments, was it the Trump era or was it the Biden era. I’ve got to talk about the Biden administration and what, what the implications of this are. Here, Biden administration is claiming victory, right, because they’re taking this, this harmful pesticide off the market. Right. Even though there were court ordered to take it off the market. But on the other side, what, what consumers are not hearing, is that the Biden administration is actually expanding the use of an even more deadly pesticide called Paraquat. So on one hand, they’re claiming victory for taking one off the market. But on the other hand, there are completely expanding the use of an even more deadly pesticide, right? So we have to kind of look to see what they’re telling us versus what they’re doing. And right now the consumers are still highly at risk for this even more deadly pesticide Paraquat.

Sara Papantonio:              Right. And at the very same time through other backdoors, they’re expanding the use of an even more deadly pesticide that’s called Paraquat. And it’s a completely different pesticide than the one we’re talking about today. So, so they can’t claim victory while also still implicating dangerous situations for, for consumers worldwide and in the United States.

Manila Chan:                       Yeah, it sounds very shameful that the EPA isn’t just doing what they’re supposed to be doing, which is in their name, environmental protection agency. Sara Papantonio, keeping them honest. Thank you so much for joining us.