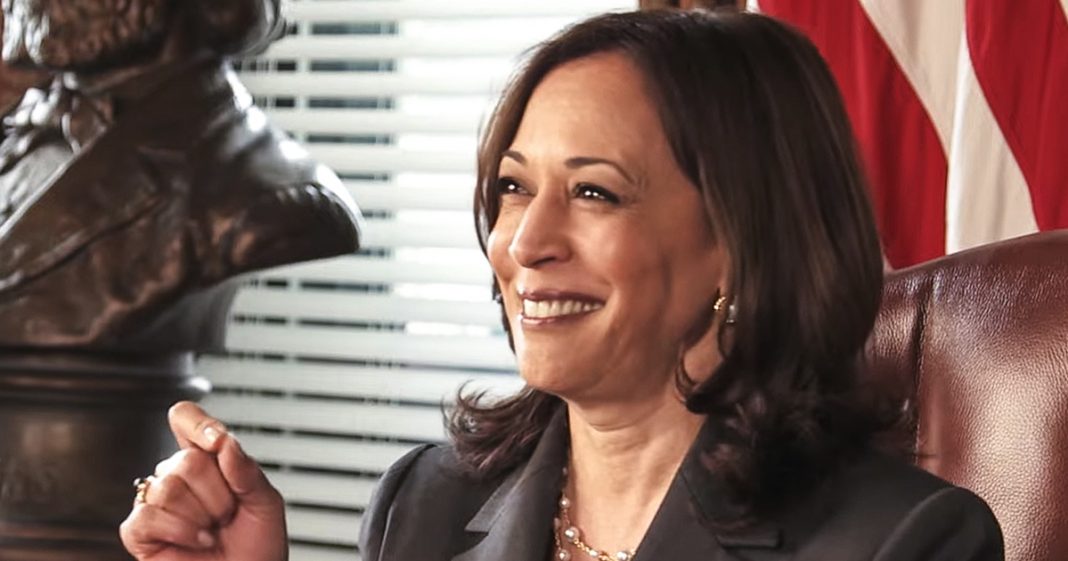 Via America’s Lawyer: The 2022 midterms are stirring concerns among Democrats and Republicans alike. Mike Papantonio and Farron Cousins discuss more.

Mike Papantonio:             The midterm elections will be here before you know it and both Democrats and Republicans are struggling to find a confident leader to put in their respective parties ahead of the other. So pick up from there, pick up from there.

Farron Cousins:                  There’s just so many problems to talk about with both of the parties. The biggest one, obviously right now you’ve got the Democratic party, they did get a victory, right? The infrastructure bill passed the Senate earlier this week. But they’ve got a huge liability actually in the form of vice-president Kamala Harris. It turns out the public really doesn’t like her at all. She has had all kinds of missteps, reports from the media about total dysfunction within her staff, where the staff says your decision-making is garbage and we do not trust your vision on anything at this point. And then of course, a recent meeting that all of her allies had to have to say, what the hell can we do? Because she’s killing us.

Mike Papantonio:             Tulsi Gabbard. I mean, you know, you had some people who really had some qualifications, this was purely in-house Democratic politics, California demanding that we had to have her on the. And now it’s almost it’s, it’s, it’s nauseated.

Mike Papantonio:             You see her at the border or when she finally went to the border, giggling like it’s funny. I mean, I waiting for her to giggle about a potential war with China. This, this take on, on this woman and, and let me just tell you something. I dare somebody to say that we’re being sexist about, this is not sexism.

Farron Cousins:                  Right. And, in fact too, she has a higher approval rating among men than she does with women. Men are more accepting of her and like her. But the problem is it’s not about race or gender. It’s about the fact that she has had opportunities to step out, to actually be a leader and she’s failed to rise to that occasion. She’s not helping to push any kind of legislative progress for the Democrats, which is what the VP should be doing. I mean, look, remember Obamacare, Joe Biden went out trying to push this thing and sell it to the American public. Where was she on infrastructure? She wasn’t doing that.

Mike Papantonio:             She is the equivalent for Democrats that Sarah Palin was for Republicans. I mean, there’s no other way to get it. The woman looks ridiculous when she tries to give a speech with that gawful that she get, you know, that laugh. Would you please get serious about something? And so her friends, Hillary Clinton, Donna Brazile, they, they all meet with her and say, man, you gotta pull this together. You’re killing us.

Farron Cousins:                  Well, and then of course we have the other side, you know, Democrats have their own problems and we’ve got the Republicans that are all trying to trip over themselves to fall in line with Donald Trump. And here we have Trump who says, well, I’m going to release these loyalty cards and they can’t even spell the word official.

Mike Papantonio:             They’ve got a loyalty card that it has, first of all, is it has like this eagle. It reminds you of Goebbels, you know.