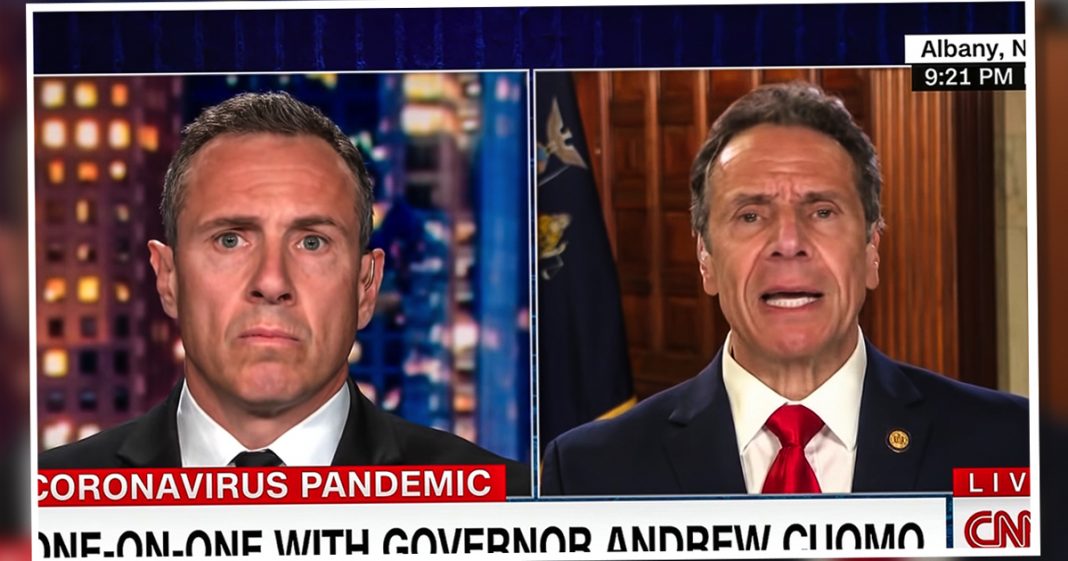 Andrew Cuomo:                 This situation by its current trajectory will generate months of political and legal controversy. That is what is going to happen. That is how the political wind is blowing. It will consume government. It will cost taxpayers, millions of dollars. It will brutalize people. And I think that given the circumstances the best way I can help now is if I step aside and let government get back to governing and therefore that’s what I’ll do and my resignation will be effective in 14 days.

Mike Papantonio:             The New York AG report about former governor Andrew Cuomo’s behavior is appalling and one of the most shocking parts of the report is a Facebook communications director who actually helped governor’s office leak info about the accusers. Wow. Okay. So, so victim shaming now has, has, has reached a whole new level. We have this Dani, D A N I Lever. Now, Dani Lever, she has a long history of this kind of thing. As a matter of fact, she worked for the Obama administration she was, she was kind of the flying monkey for them. She was the flying monkey for the Clinton administration, excuse me, the Clinton foundation. What is your take? This is pure victim shaming to protect this creep.

Farron Cousins:                  It really is. And, you know, Ms., Ms. Lever had, as you said, she worked for Obama. Then the Clinton foundation. Then goes to Cuomo and then of course makes the jump to corporate America and goes and becomes one of the communications folks over at Facebook. So while she’s still working at Facebook, she decides she wants to do, I guess, a little pro bono work for Cuomo running damage control, and actually acted as I guess, the middle person between the Cuomo administration and the press helping to leak these documents, giving them the heads up. And of course, one of the people that was the member of the press happens to be Cuomo’s own brother Chris from CNN.

Mike Papantonio:             I mean, excuse me, CNN. They allowed Chris Cuomo to do whatever he wanted to do to protect his brother that he clearly knew was a creep. Let’s get down to the story. The woman who was victim shamed by this Dani Lever actually had stories where Cuomo came in, reached up under her blouse, cupped her breast and groped her. Kissed her on the mouth, asked her, are you happily married? Who in the hell can work in an environment like that? But it was 11, it was 11 different complaints like, 11 women.

Farron Cousins:                  At, at, at least, I mean, that’s an important distinction too, the, the AG report says at least 11, that they were able to essentially verify at this point. And the woman you’re talking about Lindsey Boylan was one of the first to come out and it was not easy for her. You know, she, she struggled with this for a very long time, but decided it had to be done. And that is, you know, as we’ve talked about with victims of assault, it’s not as easy as just saying, oh my God, this happened, let me go to the press.

Mike Papantonio:             Okay, let me tell you the really ugly part of the story that we have to tell all the time, every time something like this happens, celebrity-ville. Okay. How about the night shows coming out in defense, oh, he’s great. He’s the guy. We need Cuomo. Do you remember all that? You remember Hollywood coming out, this is our guy, just like they did with Epstein. Just like they did with Wein, Weinstein. The same stuff. What the hell is it about Hollywood that always calls it wrong?

Farron Cousins:                  And, and not to mention, you know, you had all kinds of liberals last year, propping up Cuomo as the future of the Democratic party saying, oh, look how much better he’s doing in New York with COVID than Donald Trump is nationally with COVID. And then we find out, of course, nope, Cuomo’s lying. He’s covering things up. The nursing home deaths, all of that covered up by this administration and that story gets swept under the rug.

Mike Papantonio:             Well it’s worse than that, isn’t it? Is when the stories came out, MSNBC played lip service for maybe an hour, and then it disappears. The story disappears. Oh, we don’t know anything about the nursing home issue. CNN does the same thing. The problem, here’s the heart of the problem, our news media has become so frigging tri, tribal that it’s not news anymore.

Mike Papantonio:             It is not news. It’s absolutely opinion. And they would never sit up here like you and I are doing and talk about the Democrats, because all they can think about is tribal Democratic policy. And if we, if we go there, if journalism continues to go there, it’s, all it is, is infotainment.

Farron Cousins:                  It, it really is and I mean, that is essentially what it has become at this point. You know, to have Chris Cuomo who repeatedly throughout the last year, brought his brother on. They didn’t necessarily always talk about the scandal, but it was to talk about how great he’s doing with COVID. It was pure propaganda on CNN at the hands of Chris Cuomo, who by the way, late last week suddenly has to go on a vacation. We’ve seen that happen with a lot of people at Fox news.