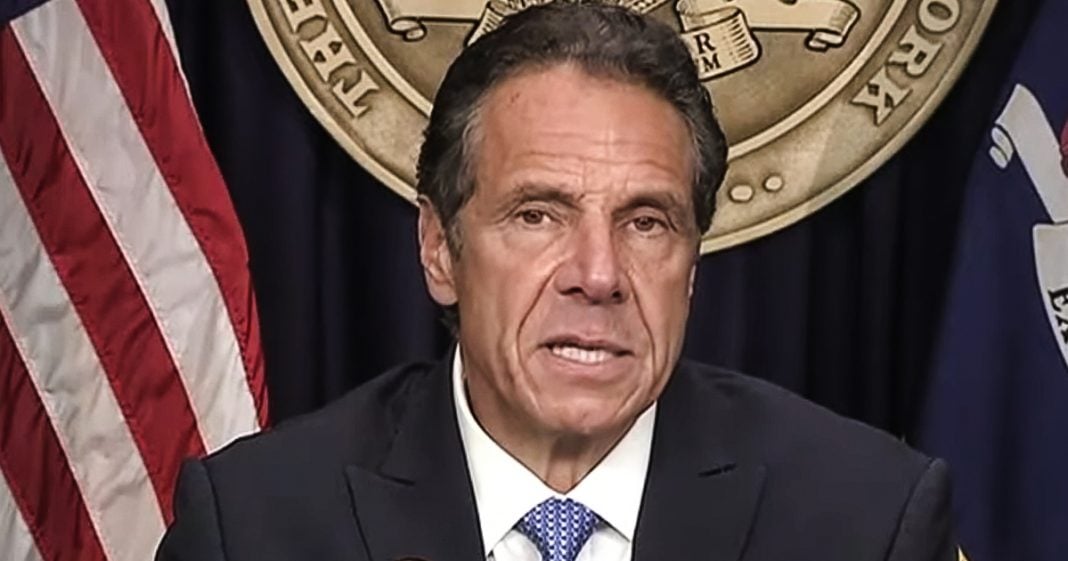 Via The News with Rick Sanchez: New York Gov. Andrew Cuomo’s resigns amid an avalanche of criticism as investigators conclude that he sexually harassed nearly a dozen women in a long pattern of offensive remarks and unwanted touching. Attorney Sara Papantonio joins Rick Sanchez to share her expertise.

Andrew Cuomo:                 I didn’t realize the extent to which the line has been redrawn. There are generational and cultural shifts that I just didn’t fully appreciate.

Trinity Chavez:                    Prosecutors in Manhattan and Albany have already opened criminal investigations into the governor’s actions. And at least three counties have asked the New York attorney General’s office for material as they pursue their own inquiries. Reporting in New York, Trinity Chavez, RT.

Rick Sanchez:                       Talk about this Cuomo quit is a attorney Sara Papantonio. We’re so glad that you’re here, Sara, let’s start with what kind of legal jeopardy he now faces with all of this going on. Let’s start with on the civil side. Is he going to be sued by 10 people?

Sara Papantonio:              I, you know, I, I wouldn’t be surprised if he wasn’t. The first battle has been won. He’s resigned. The next battle is going to be the legal battle. There’s two avenues. You can go criminal or civil, but I think the best route for these victims is going to be the civil route. And that’s because the burden of proof, which is the standard that plaintiffs have to show in a case is significantly smaller in a civil case versus a criminal case. So in this civil case, what the victim’s will have to show is that they were, were, received a certain type of treatment and, and it’s going to have to be shown based on the greater weight of the evidence, which is significantly less than that criminal standard.

Sara Papantonio:              I would take that case. I mean, the facts are there. Really, what we have to show is a lesser degree of unconsensual touching, unwanted touching, offensive remarks. And that’s what we see here. It’s, it’s plain as day.

Sara Papantonio:              Right, because the burden of proof is so much higher and we’ve got what we’ve call forcible contact that they have to show in that case.