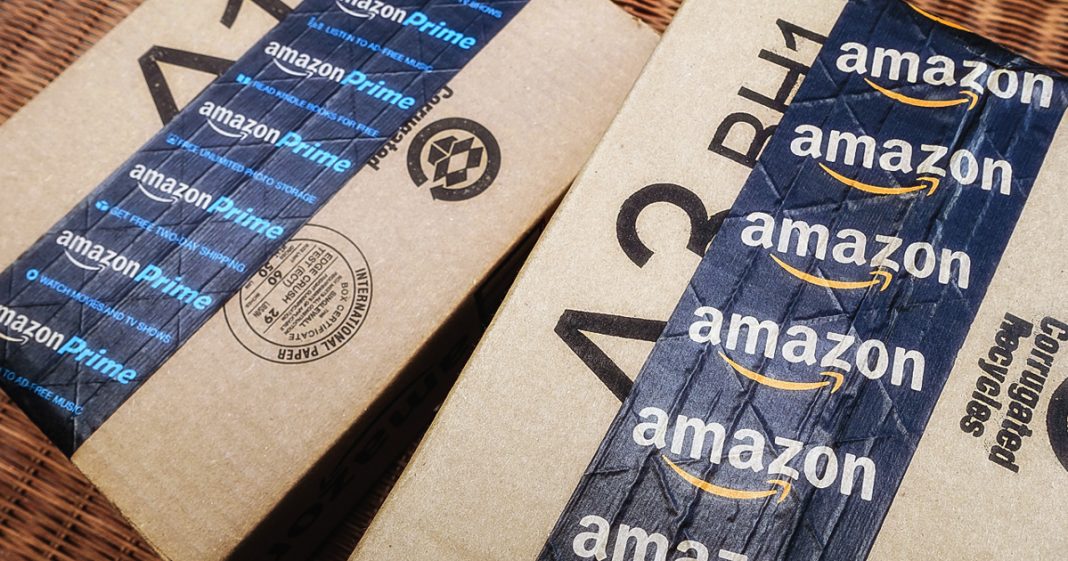 Via In Question: Amazon announced a new policy where customers who have received defective products that cause property damage or personal injury by third-party sellers can now collect money directly from Amazon. The company announced the new policy, where customers can seek up to $1000 in compensation as part of their new A-to-Z claims process. Attorney Sara Papantonio joins Manila Chan to discuss more.

Manila Chan:                       All right. Starting September 1st, Amazon will begin to pay out up to a thousand dollars in damages should a customer suffer harm from any products or items sold on their platform, no matter who the seller is. Amazon says they will work with sellers and keep them informed every step of the way when a damages dispute is initiated, but no further details are made public about this move at this time. So here to weigh in on all of that, is attorney at Levin Papantonio and Rafferty, Ms. Sara Papantonio is here. Sara, thank you for being with us live and in person. First, Amazon, right? They’re saying 80% of damages claims usually amount to a thousand bucks or less. So one, is, is it fair to assume the other 20% exceeds this dollar amount? And do you think it’s a good idea, it’s a good thing for Amazon to do like it’s a, it’s a win for consumers?

Sara Papantonio:              Well, certainly the bulk of these claims are going to be small, it’s going to be with small products, but that 20% has, is at risk of being very, very large. Listen, this comes from Amazon after years and years of kind of threats to exposure. Amazon is at risk of a huge liability exposure and they’re really starting to figure out, we’ve got to do something, we’ve got to streamline it. So this is kind of the angle that they’re taking by, by offering this, a thousand dollars to the 80%, with, within that range. But they’re still, they are still highly exposed to liability.

Sara Papantonio:              Well what we really have to kind of break this down and talk about is, is really, this is a facade, in my opinion. Amazon is exposed, Amazon is liable and we talk about liability when we talk about the supply chain of distribution. Basically how product liability works, how defective products work is, is every supplier, manufacturer, distributor and retailer is on the hook for a defective product. Amazon is by definition, one of these distributors, one of these suppliers. So they’re going to be at fault for defective products. But to me, this is just a guy saying, hey, look, we’re going to pay a thousand dollars if we just avoid the legal realm for a little bit.

Manila Chan:                       Well, another interesting thing to this is that Amazon says not only they’ll pay this thousand dollars, regardless of who the original seller is, and if they step up or not, but they’re announcing plans to start something called Amazon insurance accelerator an initiative to help smaller sellers get product liability insurance. Are there any conflicts of interest there?

Sara Papantonio:              Well, I mean, what we’re really talking about is, is, is Amazon, like we said, is making every effort to streamline this process. And part of the issue is those third-party vendors that they don’t necessarily have complete control over. So they’re encouraging any vendor who spends up to $10,000, I think per month, to get that liability insurance. So then Amazon still being on the hook kind of has a way to deflect that liability.

Manila Chan:                       Well, what about the issue of this thing called commingled inventory at these Amazon warehouses? Because oftentimes you can find the exact same product sold by numerous sellers. Does that become, you know, a seller problem or a manufacturer problem, at that point?

Sara Papantonio:              It becomes an Amazon problem. Amazon is distributing all these products, whether it be under the guise of Amazon, the manufacturer, or a third party distributor. Right. But Amazon, if they are sending these products out from third, third parties, or whether it be from them or third party, they’re going to be on the hook because they are going to be listed as basically the distributor in this case. And like, we’ve talked about, that supply chain of products liability applies to the entire distribution with the chain.

Manila Chan:                       See, I, I never knew that. I just learned that today from you. I would only, I would, if I was the consumer that let’s say the Alexa started a fire on my nightstand, I would’ve just figured, you know, this is my fight with, with in this case, Amazon’s the, the distributor, the create, the creator, the seller, they’re, they’re everything. But, you know, you would think it gets more complicated from a third party seller. But how often do we actually see extreme harm caused by products and, and how hard is it to prove such as, you know, the infamous J and J baby powder cancer scandal?

Sara Papantonio:              Well, I mean, well, that’s a loaded question. You know, if you’ve got a defective product, it can cause a lot of harm and that harm can range from these thousand dollar claims to hundreds of thousands of dollars. And so, so, you know, whether it be that small claim or a large claim, Amazon’s going to be on the hook, and they’re seeing that happening over the years, courts are progressively deciding that Amazon is on the hook, whether it be, you know, a small burn from an Alexa or a third degree burn from faulty batteries. Right. So, so yeah, we’re just going to continue to see that laid out in the court system and we’ll start to get consistency based on where the liability lies.

Sara Papantonio:              Yeah. It’s certainly a way to, to swing the narrative in their favor and, and talk to customers and say, hey, look, you’ve got, you can avoid all the legal consequences. You can avoid all that, you know, nuance stuff and just go our direction. We’ll pay you a thousand dollars when in fact a claim might be worth far more than that.