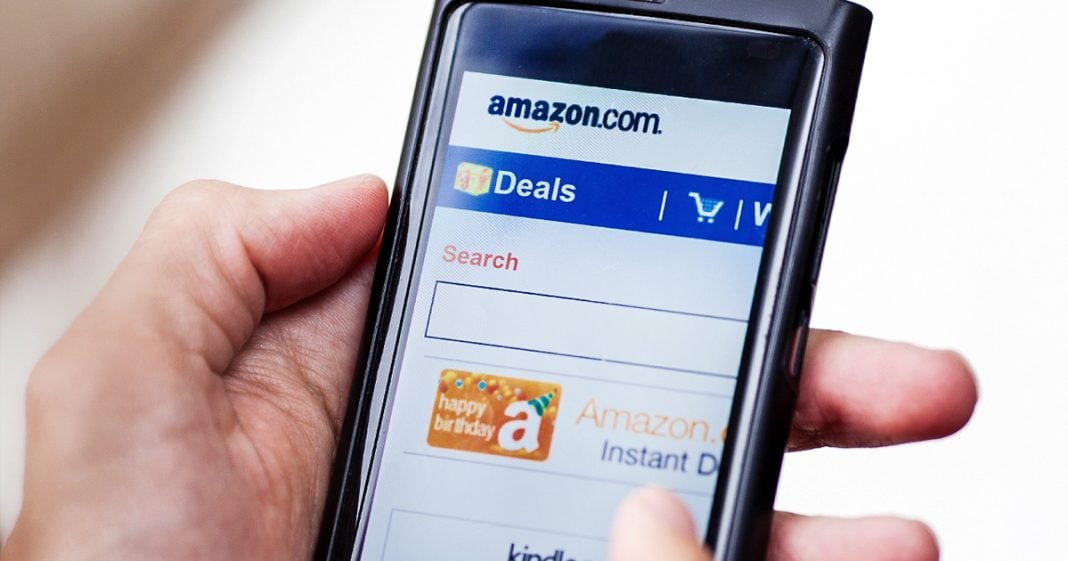 Via In Question: Some sellers on Amazon are hunting down customers who leave bad reviews, hounding them to delete said reviews or to replace them with positive ones. The trend is becoming so popular that some companies are offering “email extraction” and “reviewer lookup” services so sellers can hunt down unsatisfied customers. Attorney Madeline Pendley joins Manila Chan to discuss more.

Manila Chan:                       Amazon shoppers grew increasingly wary of the quality control of products that make it to their doorstep after numerous allegations of privacy breaches from online buyers. A number of shoppers are angry that Amazon sellers have been able to reach out to online shoppers directly circumventing the dispute process set in place by Amazon, where if and when consumers were dissatisfied with an item, they were free to leave a negative review on that product. They could remain anonymous to the seller during this process. So what’s happening with the privacy of purchase? So here to discuss all of that is Madeline Pendley. She’s an attorney at Levin Papantonio and Rafferty. Madeline, thanks for joining us. First, a number of consumer rights issues here, I think. First, what about consumer privacy? Why have sellers been able to zero in on some customers? I mean, isn’t Amazon supposed to be protecting their identity?

Madeline Pendley:          A hundred percent, Amazon is absolutely supposed to be protecting the customer’s information and two main things are happening here. So one, Amazon just isn’t doing enough on the front end to protect consumer information. It claims that it’s, you know, actively looking for and trying to stop these practices, according to Amazon, it stopped, you know, millions of fake customer reviews, but that being said, there are still numerous cases, numerous reports where Amazon employees were actually accused of accepting bribes in exchange for giving away information to third-party sellers. So despite, you know, best efforts, Amazon still has a long way to go to ensure that it’s keeping customer information confidential.

Madeline Pendley:          The other issue is that some of these third-party sellers are actually using email extraction services that can provide them with the customer’s email. So these sellers only ever have the customer’s name and their address and that’s it and it’s intentional. But they’re circumventing the process and actually paying for the customer’s email. It’s a huge problem.

Manila Chan:                       So, you know, many of these products over the years, we’ve seen, you know, feature glowing reviews. We know now that some of them are paid reviews, some have been persuaded, let’s say to change their original negative reviews. What’s this do to consumer confidence, especially in the online space where you can’t be there to physically touch the item, to judge its quality for yourself?

Madeline Pendley:          It’s absolutely detrimental to consumer confidence. You know, assuming consumers know that it’s happening. These Amazon sellers, like you said, it’s, it’s more than just paying people to take down a review here and there, it’s coercion. I mean, it’s walking right up to fraud. You know, people don’t know that these reviews are not genuine. They may not be honest and they may not be indicative of the consumer’s actual experience. And as you mentioned, so many people rely on product reviews when buying things specifically from Amazon, we want to rely on fellow consumers rather than company sponsored advertising. We find it more reliable, less biased and so this practice is very dangerous and it’s completely inappropriate. It’s one thing for the company to reach out and address an issue that can be fixed, like say customer service. You know, I gave you three stars because it took too long to get to me, sure. Reach out and try to fix that. But it’s completely different for the company or the sellers to try and force people to remove their negative experience with the product, or try to coerce them to improve the review by offering to pay them money, sometimes even more money than the customer paid for the product.

Manila Chan:                       And, you know, could Amazon have possibly changed their terms of use agreement, you know, buried in those thousands and thousands of lines, that buyer information could be given to sellers or perhaps even sold to third parties? I mean, are we all at the mercy of Jeff Bezos here to basically not dox us?

Madeline Pendley:          It’s possible and if so, that’s a very scary situation. And what we’re seeing right now is that there are numerous companies that are engaging in the same practices, you know, either changing their terms of agreement or just outright selling the information or not doing enough to protect the consumer. Google was just hit for this as was Uber and Microsoft. So unfortunately it seems that these companies, whether through negligence or intentionally selling our information are going to continue to do so until they’re forced to stop.

Manila Chan:                       And lastly, you know, Amazon’s coming under a lot of scrutiny lately, following their big labor union fight in Bessemer, Alabama, where they successfully defeated the move. They are now the second largest employer in the country behind Walmart. That said, at what point does Amazon rise to the level of anti-trust and, and is their sheer size good or bad for consumers, good or bad for its workers?

Madeline Pendley:          Unfortunately, the size is what we kind of love and hate about Amazon, right? You know, we, we can’t deny how convenient it is to buy something and have it at our house in, you know, a day or two and part of that is due to the fact that Amazon is so large and they have so many staff and so many facilities and things like that. However, at some point we have to decide if it’s worth, if the convenience is worth jeopardizing our private information. We have to decide if we want to support a company, you know, that is more focused on exploiting information then paying their employees an adequate wage and protecting consumer privacy.