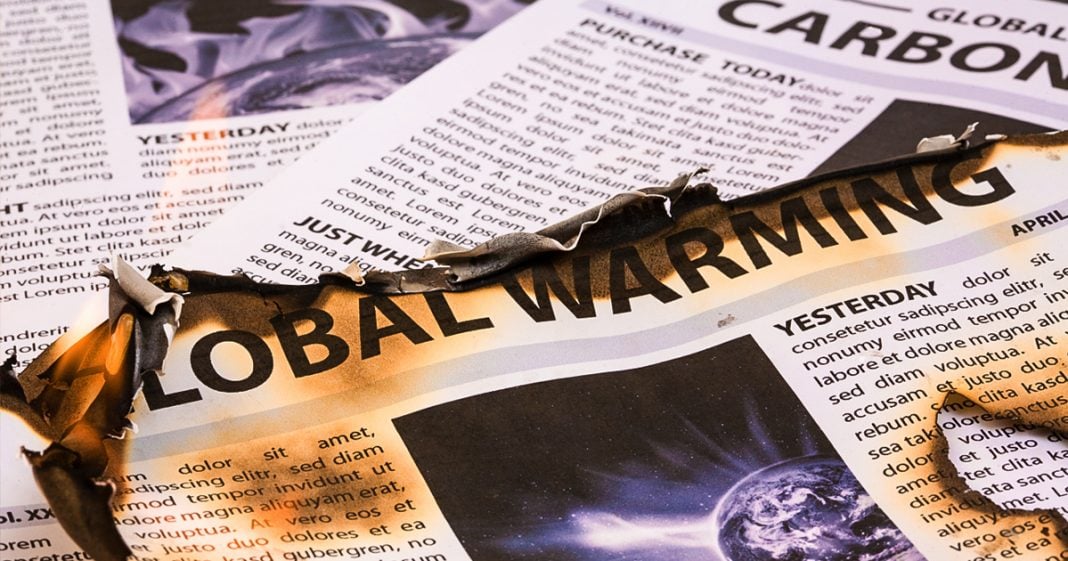 Via America’s Lawyer: Images of grisly wildfires in the U.S. plus devastating floods in China and Germany are sweeping the media – yet few networks are pointing the finger at climate change. Mike Papantonio and Farron Cousins discuss more.

Mike Papantonio:             The effects of climate change are all around us right now. But you, you wouldn’t know it if you watch corporate media. And as I’ve said so many times, corporate media does what their advertisers tell them to do. If the petroleum companies don’t want big articles about it, they don’t do it. Whatever it, you, you pick it, whether it’s weapons, whatever, you pick what CNN, MSNBC, Fox news, what all of them do, they bow down to advertisers. This is a great example, isn’t it? Climate change.

Farron Cousins:                  It, it is. The world’s on fire right now. We have had record heat waves all across the Northern hemisphere in just the last month and a half. We still have record temperatures being hit. Hundreds of people have died just in North America over the last month from this extreme weather that the experts all agree wouldn’t be possible without climate change. And again, this isn’t a uniquely American thing. It’s happening in Europe. It’s happening in Russia. Again, we’re going all around Northern hemisphere and the media is not touching this story. They’ll mention, oh it’s 115 in Portland today. Wow. What a scorcher.

Mike Papantonio:             And I know why. And we know why, because first of all, I, you know, I call this virtue signaling. Okay. You ask anybody about climate, oh my God, it’s terrible. It’s killing the planet. Do you know if we do a story on climate change and we lay it all out.

Mike Papantonio:             And then we put it out there for them, would you please God read this. That we’re moving towards our sixth extinction. That we have, we have, we’ve got sea creatures that are boiling in the water up in the Pacific Northwest. Would you please read this? Or would you listen to the video? They won’t. But they’ll virtue signal and they’ll say, this is really important to me, but they’ll turn, they’ll go to the next video where we’re hating on some politician.

Farron Cousins:                  It really is, you know, Chris Hayes actually on Twitter a couple years ago, working at MSNBC, then and now still admitted, listen, hey, climate change super important. The videos don’t do so well with the viewers. You know, nobody wants to tune into that. So the corporate media is really bad on it. But we also have to say public, this is on you too. You can’t just sit there and act like you don’t care about these issues. You do to a degree drive what’s going on. And even in the independent online media we’re seeing fewer and fewer individuals willing to cover the issue of climate change. You know, I try to do it as much as I possibly can and sure, it’s a traffic killer, but I’m not going to stop doing it. It’s the most important issue we got.

Mike Papantonio:             The awful thing is it’s nothing but rank virtue signaling when somebody says, oh, I don’t like it, but they won’t take a minute to understand how serious this, this whole thing is. And that’s why the networks don’t do the stories because they’ve admitted, Chris Hayes admitted, nobody will follow these stories when we do them.