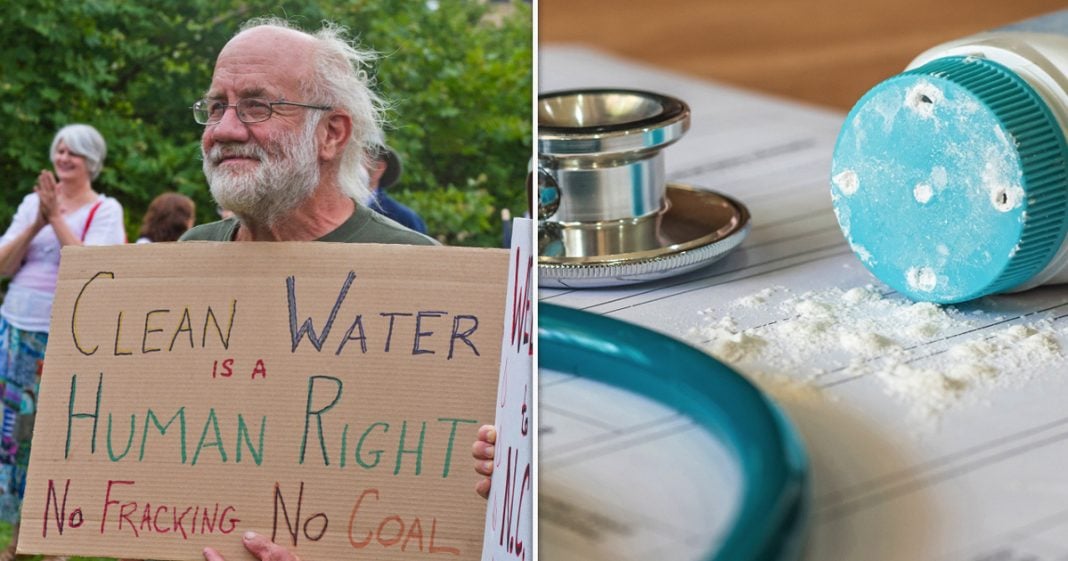 Via America’s Lawyer: For more than a decade the EPA has turned a blind eye to dangerous PFAS chemicals being pumped into the ground by the fracking industry. Also, Johnson & Johnson considers bankruptcy filings in order to settle injury liabilities tied to its talc-based products. Mike Papantonio and Farron Cousins discuss more.

Mike Papantonio:             Fracking companies have been using chemicals that break down into dangerous chemicals called PFAS and they do it for decades. As a matter of fact, P, this, this, this is a chemical that’s in our environment for 1 million years. Obama’s EPA said, okay, you can use it for fracking. Then Trump took over. Yeah, you can use it for fracking. Biden, you know, who knows. What are we, what’s going to happen here? What’s your take on this story?

Farron Cousins:                  It’s truly disgusting. You have back in 2011, again, Obama’s in charge. You’ve got, you know, the, the good guys in charge of the EPA, right? And their scientists tell them, listen, you can’t approve these certain chemicals for fracking operations because over time these chemicals will break down and form PFAS and PFOA, I believe it was. And they understood, the scientists said, these are what we call forever chemicals because they don’t go away. They’re biopersistent, bioaccumulative, they build up in the human body and they stay there and they cause cancers. Don’t do this EPA their own scientists said and the heads of the EPA said, okay, but we’re going to do it anyway.

Farron Cousins:                  And, you know, I, I know we’ve talked a hundred times probably on this show about DuPont’s role in, in, in PFAS with the Teflon and everything. But you have to bring it back to that too, because it turns out you had a, a DuPont guy was one of the ones pushing the EPA to make this happen. It all comes back to DuPont, you know, with the PFAS chemicals. And that is what is so disgusting about this. The EPA at that time, they knew about the Teflon issues. They knew PFAS. They knew who this guy was from DuPont pushing it on them.

Mike Papantonio:             Let me tell you the newest, the newest part of the story, 3M made the product first. They even had more information than DuPont had about how this was killing laboratory animals by the hundreds, killing primates, killing monkeys. And when it started killing monkeys, we know this, the studies that you do on primate studies are the closest picture you can get to what the same product is going to do to human beings. It was causing cancer. It was causing failure of the liver system. Failure of the renal system. It’s shutting down their neurological system and they hid this, hit it from the EPA. And I don’t make, doesn’t make any difference anyway, because when the EPA found out about it, they didn’t do anything about it.

Farron Cousins:                  Right. And you know, this is one of those stories, this was a massive story in the New York Times and massive in the sense of it was a very long story, but it’s not a very covered story.

Mike Papantonio:             Media is so owned and operated by advertisers and political affiliations. They don’t cover news anymore, unless it’s going to make them a lot of money in advertising dollars. That’s just the truth.

Mike Papantonio:             And I mean, you know, you and I’ve worked corporate media, just like we’ve worked this media, we’ve seen it firsthand.