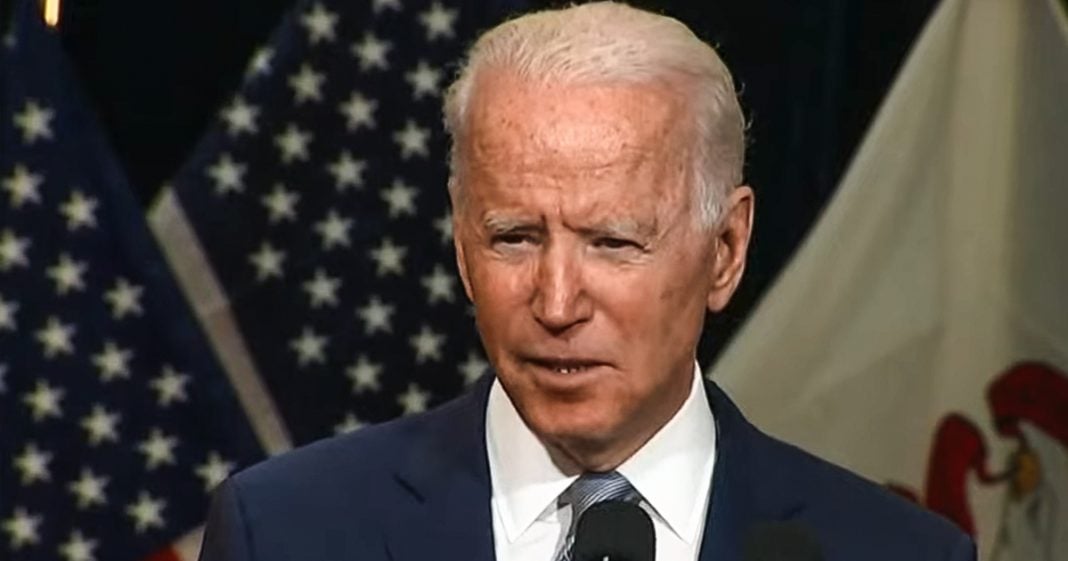 Via America’s Lawyer: As if Capitol Hill wasn’t divided enough – lawmakers are now in a tug-of-war over President Biden’s infrastructure plan totaling trillions of dollars. Former Alabama governor Don Siegelman joins Mike Papantonio to discuss the obstacles Biden must overcome to make good on his promise to “Build Back Better.”

Mike Papantonio:             As if Capitol Hill wasn’t already divided enough, lawmakers are now in a tug of war over Biden’s infrastructure plan, totaling trillions of dollars. Can this administration really make good on its promise to build back a better America? Former governor Don Siegelman joins me to talk about this. Governor, first of all, you know, we, president Biden, inherited a terrible economic crisis that, that really is due to the ongoing pandemic. How much of a factor did Trump’s response to the Coronavirus actually play in Biden’s victory as, as you watch this develop?

Don Siegelman:                  Well, I think that, Biden’s victory came about because the people of this country that actually didn’t go to sleep at night thinking about Donald Trump. They went to sleep at night thinking about their parents and their, their children and, and they want their children to have a better life. They know that something’s wrong when three, three families control 50% of the wealth and they’re struggling to pay their taxes and large corporations are getting away without paying any. So I, I think the Biden message played a significant part in winning this election.

Mike Papantonio:             Governor, Democrats are struggling right now to the point to where they’re even afraid to put their party affiliation in some of the areas that they’re running. Do you believe Democrats can carry this momentum through next year’s midterm? Obviously they’re running scared right now.

Mike Papantonio:             You know, governor, part of the big criticism of what’s happening in democratic leadership right now is that it’s, that the democratic party is almost not recognizable in, to where it was 20 years ago. So you have, you have people who are in the middle running like scalded dogs from the democratic party. Is that going to affect midterms in your mind?

Don Siegelman:                  You know, when you talked about Democrats running like scalded dogs, I thought immediately of Joe Manchin in West Virginia. And again, I think that if, if Biden is effective in pushing through his agenda in a big way, it’s going to set the stage for people to be more open about their commitment to the democratic party, a democratic party ideals of, you know, of the Roosevelt era, which, you know, brought back to life with, with Joe Biden and his, in this infrastructure package, which is a wonderful opportunity to change the lives of millions of Americans and also a chance to, to save this planet. So if Biden is successful, then I think Democrats will be more willing to come out and identify with the democratic party and win elections as, as liberal Democrats.

Mike Papantonio:             Well, do you ever remember a time governor when the democratic candidate was so concerned about running and displaying the fact that they’re running as a Democrat, that they chose not to put the Democrat for the fact that they are running as a democratic in some of these rural, rural areas that we’re seeing around the country. This is actually happening and it’s happening. I don’t know whether it’s coming from the top telling them don’t put your party affiliation in there, but it’s actually happening. I don’t even know what to make of it. What do you make of that?

Don Siegelman:                  Well, I think it’s a mistake. You know, the way to, the way for, the way for a liberal Democrat or progressive Democrat to get elected in a, in a red state is to talk about issues that are important to people. You know, if you look at West Virginia, 25% of the people there are on, on some sort of welfare that the, the most of the people can’t afford to send their kids to preschool or early learning. So, you know, there, there are ways to talk to people, even in conservative red states that will move them toward a progressive democratic candidate. So I, you know, I don’t think Democrats need to be afraid of talking about progressive issues. They’ve just got to talk about them in a way that relates to the, to the, to the working people in their communities.

Mike Papantonio:             You know, governor, Biden’s multi-trillion dollar infrastructure plan has Capitol Hill in complete disarray. What’s your outlook here and, and who are the major players in Washington that we have to get through to, to stop stopping this infrastructure plan that seems to have a lot of promise. Maybe the, maybe the tag on it is a little much, but it has to be done. What, what are the obstacles here?

Don Siegelman:                  Biden has got, has got to convince enough Democrats and including Joe Manchin, all Democrats and if he, if he goes to the budget reconciliation route as I think they’re going to do, they’re going to have to push this thing through, because it is critical not only to the health and well being of Americans, but to our planet and to the future of this country, the future of our democracy depends on how well Joe Biden does in these next few days leading up to the, the, the, or I should say the next few weeks or months leading up to the passage of this infrastructure bill. But this is a great opportunity for America, a great opportunity for Democrats. And it’s, it’s something that needs to be done.

Mike Papantonio:             Are you, are you comfortable with where the numbers are with moving into this midterm elections? I mean, if I look at the numbers, you’re hearing it from the top, the Democrats are struggling to get their feet on the ground in a way where they maybe have a chance not, maybe not to hold onto a majority, but a chance to at least a fighting chance coming out of the midterms, because I mean, literally every projection I’m looking at doesn’t bid well for, for this midterm election. What saves that? I know you’re, you think it’s all in the infrastructure package, but as I look at the big picture, I think the other side is doing a really good job kind of packaging Biden as the candidate that scares them a little bit, because this whole thing is looking too different. It’s not the democratic party that they’re used to. What is your take on that?

Don Siegelman:                  I think that, I think that Biden is positioning, positioning himself and the democratic party to succeed in the midterms, because if he goes big, if he accomplishes much, then people are going to see that things are not the same, that they’re not stagnant, that they can make a difference. That their vote does count. And they will turn out for candidates who are, who are willing to stand for change, for positive change for helping working families. So I, I am, I am one of those who are optimistic about the midterms, if Biden is successful in pushing through HR one and the John Lewis voter register, restoration act and, and, and this infrastructure bill. So I think a lot is riding on Joe Biden’s success in Congress.

Mike Papantonio:             Governor, you’ve got so many years of experience. You usually call it right. Thank you for joining me. Let’s see what happens. Okay. Thanks.

Mike Papantonio:             That’s all for tonight. Find us on Twitter and Facebook @facebook.com/rtamericaslawyer. You can watch all RT America programs on Direct TV channel 321. Also stream them live on YouTube. Be sure to check out RT’s new portable app. It is truly spectacular. I’m Mike Papantonio and this is America’s Lawyer where every week we tell you the stories that corporate media is ordered not to tell, forced not to tell the stories, because their advertisers won’t let them, or because their political affiliation doesn’t allow for it. Have a great night.