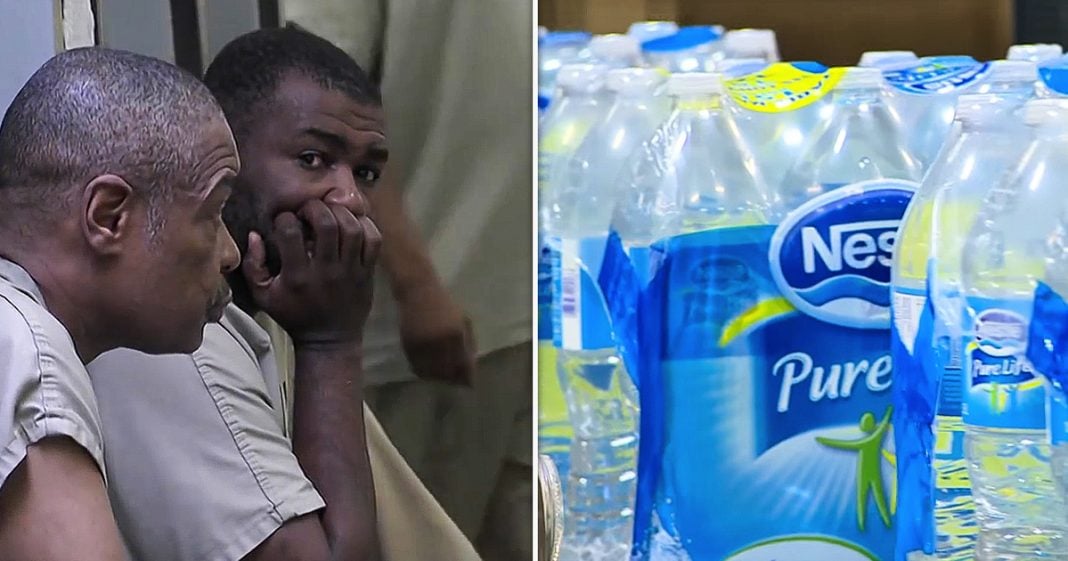 Via America’s Lawyer: As millions of people continue to suffer financial hardship due to the pandemic, is accessible legal counsel still a guarantee? Mike Papantonio is joined by Founder of Gideon’s Promise Jonathan Rapping to explain the critical underfunding of these last lines of legal defense. Also, California lawmakers warn Nestlé to stop pumping away millions of gallons of drinking water while droughts intensify throughout the Golden State. Mike Papantonio & Farron Cousins discuss more.

Mike Papantonio:             Public defenders are lifelines for countless Americans with limited resources, but these unsung heroes have been overworked, they’ve been underpaid for far too long. As millions of people continue to suffer financial hardship due to the pandemic, it makes legal counsel almost unaccessible. Jonathan Rapping is the author of Gideon’s Promise a public defender movement to transform criminal justice. He’s also the founder of Gideon’s Promise organization, and he joins me now to talk about it. Jonathan, first of all, thank you for the work you’re doing out there. There aren’t a lot of, there, there are not a lot of folks doing that. Tell us how your organization got it’s start and what it provides. Why, why is it so important to Americans?

Jonathan Rapping:         Yeah, Mike, and thank you so much for having me and giving us space to talk about this. I, there are a handful of public defender offices in the nation that have the resources and support necessary to give people on the margins representation when they’re charged with a crime, I started in one of those offices, and then after a decade, I moved to the South to do work in Georgia, Alabama, Mississippi, Louisiana. And it was my introduction to what justice looks like for most people who don’t have means in America. I started meeting these young, passionate public defenders who came out of law school and they wanted to help give people justice. And they came into systems that just beat the passion out of them, that it accepted injustice as the norm. And within a few years, they’d, they would either quit or they would become part of the problem. They would be part of a processing conveyor belt. And so Gideon’s Promise started as an organization to give training and support to public defenders in places that are most dysfunctional.

Mike Papantonio:             Jonathan, you know, we all know the sixth amendment, it provides that every American is guaranteed the right to counsel under the constitution. But the unfortunate truth is millions of people simply can’t afford representation they need. And the problem is it seems to me, one of the biggest problems you’re faced with, is every time a budget needs to be cut, they cut it here because it’s easy on the chopping block. Nobody gets mad. If you’re, if you’re close on a budget cut, take it away from the people that are defending, that are involved with criminal justice process, the public defenders. Talk about how this influences verdicts all over the country.

Jonathan Rapping:         Absolutely. So when you say verdicts, that assumes that there are trials and the reality is in our criminal justice system, less than 5% of the cases end up even going to trial. The system has become so overwhelmed and so under-resourced that prosecutors have found ways to use tools at their disposal to coerce people into giving up their right to trial and to pleading guilty. Prosecutors do that every day by holding people, asking people be held pretrial, who are presumed innocent on money bonds they can’t afford by what’s called stacking charges, overcharging people to make the cost of going to trial unbearable, by asking for draconian sentences with mandatory minimums. And without public defenders who are there to resist prosecutors at every step of that process, prosecutors are able to simply process people through the system and coerce guilty pleas.

Mike Papantonio:             No real justice. I was looking at statistics in Missouri, the Missouri process, the Missouri public defender last year handled 80,000 cases. That’s a hundred cases a week for everybody who’s a public defender, virtually impossible. If you’re really going to lawyer, you can’t handle a hundred cases a week and it, you know, what, what it looks like, so what ends up happening is these folks spend, if they’re arrested, okay, here’s how it goes. They’re arrested. They can’t make bail. So they sit in jail for two to three weeks because the public defender can’t even get to them. So I want to ask you this. The pandemic was absolutely horrible for most of the economy and millions of Americans are continuing to suffer financial hardship. How has those past year impacted the case load of public defenders? When I look at these numbers, it’s startling.

Jonathan Rapping:         So you’re absolutely right, Mike. In a system that is already overwhelmed over the last 18 months, the backlog has become unbearable. But, but it also has provided prosecutors with another tool to force people to give up the right to trial. So lots of people who are now sitting in jail are sitting in jails that are dangerous. They’re COVID infested and prosecutors can say, listen, I’ll tell you how you get out of jail, plead guilty. Give up your right to trial. And now people say, I either can go to trial, right, but that means I have to sit in a, in a cell where I might die. And a lot of people are pleading guilty and that tends to be the way over the last 18 months we’ve been dealing with backlogs.

Mike Papantonio:             Yeah. Just, just plead guilty and make it all go away. Your book, by the way, I’ve read it. It is, it’s excellent, Gideon’s Promise. And I think what you capture is, these numbers, I took a look at somewhere else, the exonerate, this is startling. In 2016, 166 people were exonerated after they went back in, they had been convicted. They were exonerated after we went back in and took a look at all the underpinning of it. That’s the biggest problem. We have innocent people who are pleading, they’re going to jail for no good reason. Public defenders have long been the unsung heroes for millions of defendants and it seems like right now, we’re, we’re kind of ignoring that. Un, unfortunately it had been overworked, underfunded for years. Why haven’t more resources been given to this?

Jonathan Rapping:         Well, look, Mike, I think right now, we’re at a time where the nation is acutely aware of the violence happening to marginalized communities in the streets. We see what happened to George Floyd and Brianna Taylor and Andrew Brown. But, but most people survive police encounters, and they’re thrown into a system where they’re subjected to a routine violence, an invisible violence, a normalized violence that isn’t captured on cell phone footage. That’s the violence that public defenders have to interrupt. It’s public defenders who stop that conveyor belt. And if we don’t have cameras. People don’t know about it. So it goes under the radar.

Mike Papantonio:             And finally tonight, some good news. As the state of California braces for more droughts, they’ve warned Nestle to stop stealing their water. Farron Cousins joins me again to talk about that. We’ve done this story, they are thieves. Nestle, they’re thugs and thieves. First of all, they’re operating without a license. They operated for years without even having a current license and they’re taking money in this state that is dying from dryness. Right?