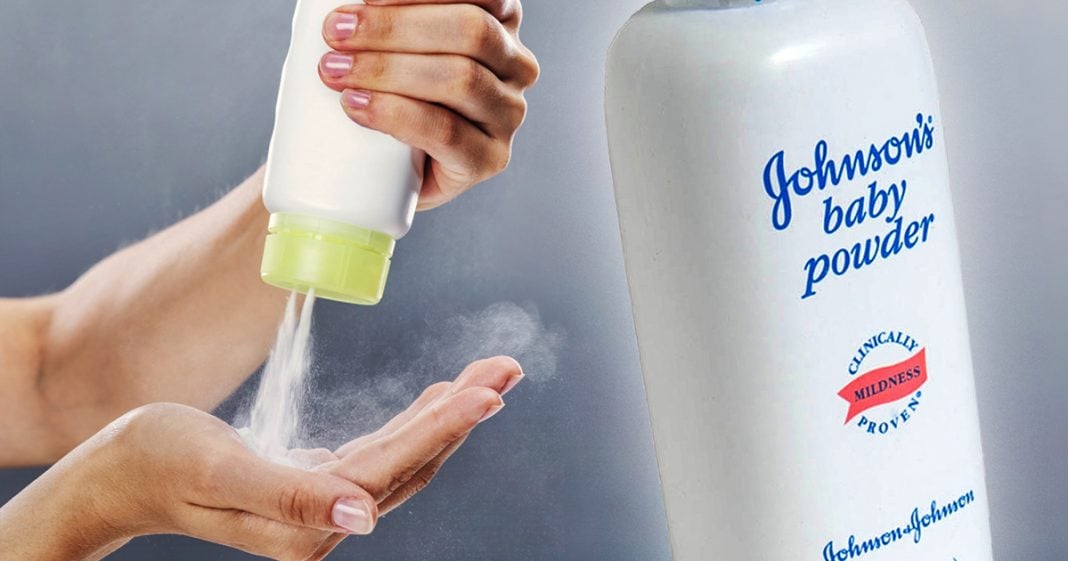 Via Boom Bust: Johnson & Johnson is eyeing a new liability strategy for its controversial talc liabilities. Mike Papantonio, host of America’s Lawyer, digs into the reports and the firm’s history.

Rachel Blevins:                   Johnson and Johnson appears to be looking for a way to deal with the nearly 30,000 pending lawsuits over claims that it’s baby powder and other talc-based products cause cancer. According to reports, the plan is to offload liabilities from the lawsuits into a newly created business that would then seek protection by filing for chapter 11 bankruptcy. So would this work and how would it impact the thousands of victims involved? Joining us now to go further in depth on this is host of America’s Lawyer, America’s Lawyer himself, Mike Papantonio. Mike, it’s great to have you on this show today. Now our first question is why would Johnson and Johnson be considering a plan like this? And how is it legal?

And, excuse me, billion dollars, worth $500 billion, and then you have a judge in New York who’s been appointed as a judgeship or a judge in Texas who’s been appointed to a judgeship because of politics. And it’s a judge who’s never done anything for consumers in their lives. All they’ve done is worked for corporations. So you take all those moving parts and then you take a Texas law that has been written to stomp on, on consumers. You would expect it out of Texas. This is where it started. It’s called the Texas two step. It’s called divisive merger created in Texas for, for, for thugs, for sociopathic thugs, just like Johnson and Johnson. So they can kill people, never go to jail, never have any bad publicity about it. In the end, they can keep their half a trillion dollars and the CEO makes a lot of money and it’s business as usual. And then the next company says, hey, Johnson and Johnson got away with that. Let’s do it too. So the question, how can they do it? That’s how they can do it. It’s all those moving parts that allows a sociopathic leadership like Johnson and Johnson to kill these people and then seek bankruptcy protection for it.

Brent Jabbour:                    And Mike that’s exactly right, because it’s something we’ve talked about on this show over and over again, how do they do it? Because we’ve allowed them to do it because the laws have allowed them to do it and they got the money to get around them. So, Mike, how would this plan to put a separate company through bankruptcy impact the actual lawsuits that are being filed? And more importantly, how is it affecting the claimants who are, who were the ones who were actually hurt during this?

Mike Papantonio:             Well, listen, let me begin with the claimants. For half a century scientific testing found that the asbestos talc that was used in, in, in this product had the ability to cause ovarian cancer. There is a horrible, horrible death. When you meet these clients that are end of life and you see the impact that it has on the daughter and the husband and the children, and you’re watching your mother die of this death. And you know that it’s being caused by Johnson and Johnson powder. Why? Because they’re finding asbestos in the uterus, they’re finding asbestos is what caused the, the cancer itself. And the, the problem we have here is we have become so accustomed to corporate America conducting business like this, that today they’re teaching it in MBA school. Watch what Johnson and Johnson does here, if they get away with it and they very well might because they’re always going to find a corporate thug judge who says, yeah, business as usual. Business trumps the American consumer. So what they do, they come up with this, this company, it’s a nothing company. They create this nothing company. They say in the company that you company are responsible for all of our liability. And we’re going to give you a little bit of money, but it’s not going to be enough to cover all this liability. And you’re going to claim bankruptcy and we’re going to go our way after killing thousands of people without ever being prosecuted. And you know what? Everybody goes home happy except the victims of Johnson and Johnson’s baby powder.

Rachel Blevins:                   You know, it truly is a tragic system all around. Is there any signs of this changing anytime? I mean, we’re talking about 30,000 victims, just with this case, let alone, we have all of the victims of the opioid epidemic that’s been going on in this country. I mean, is there any sign that Johnson and Johnson is going to learn any lesson from any of this?

Mike Papantonio:             I, as you, I can’t talk about the settlement. As you know, our law firm is engaged in the negotiation of, of the entire opioid, you know, we brought the first opioid case up in Ohio. We started this litigation. So I can’t talk about what’s going on there. But I can tell you, as far as Johnson and Johnson, as far as companies like Johnson and Johnson, we’ll never see a change in the way they think until we throw a few of them in prison, until we start treating them like the people that they are. It’s reckless disregard for human life and you know what, that’s the same thing as manslaughter in any other place. And that’s why companies like this are, are actually prosecuted in other countries. We simply don’t have the courage to do it.

Rachel Blevins:                   Yeah. Great insight as always Mike Papantonio of America’s Lawyer. Thank you so much for your time and analysis.