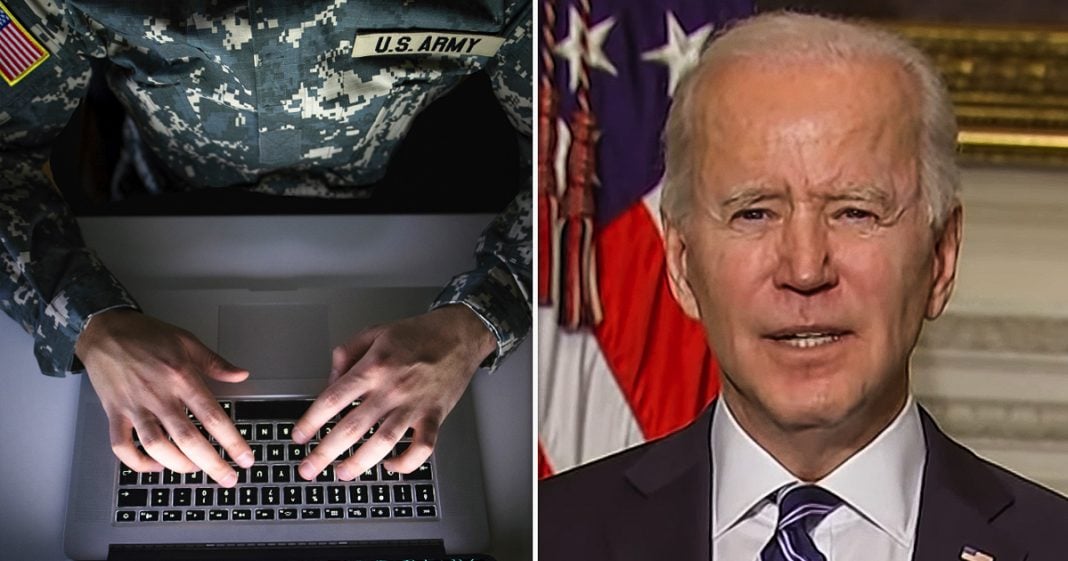 Mike Papantonio:             President Biden is packing his defense department with people from the defense industry, a sign that, that not much has really changed in American policy. Right. I’ll tell you what, this, this story, it takes me back to the Clinton era. All right. Let’s, and I wish I could say it wasn’t Obama, but he did the same thing.

Mike Papantonio:             Neoliberal means we’re joined at the hip with Wall Street, where you used to be a Democrat. You used to be a liberal and you weren’t enamored with the idea that we’re, we’re pumping billions of dollars into the weapons industry. That’s exactly what’s going on here. Raytheon, Boeing, all, McDonnell Douglas, this is a, this is a payday for them, isn’t it?

Farron Cousins:                  Right. General Dynamics on that list too. And you have all these other smaller consultancy firms. You have Wall Street itself tied to the weapons industry. All of them have a seat at the table.

Farron Cousins:                  Exactly, because this is just how it works now. And I’m afraid too many people have come to accept that well, these people know it best. No, they don’t. What these people know is making a lot of money selling a lot of things that blow up. And what we’re doing is we’re blowing up civilians overseas. We, we know that. Reports have done that. I’m pretty sure we’ve done plenty of segments on that.

Mike Papantonio:             Let’s add another feature to it. Here’s where it really gets interesting. When we think of the defense industry, we think a Northrop. We think of McDonnell Douglas. We think of Raytheon. We think of the folks that build weapons that kill people all over the world. Right. Now there’s a new development, Google, Microsoft, and again, Amazon. Okay. They’re in the, they’re now moving into the, the favorites of the DOD, the department of defense. Talk about that just a minute.

Mike Papantonio:             Farron, how did we get to the point in this country where a guy, a person that calls themselves a liberal. Okay. I, I identify as a liberal, where we’re more lined up with the weapons industry than probably, you know, than everybody else. Understand that’s what’s happening here. And it seems to be okay. You know, let’s rattle sabers with Russia, let’s start a new cold war with Russia. Let’s go after China. That would scare the bejesus out of most liberals who have read Howard Zinn.

Mike Papantonio:             You’ve interviewed Howard Zinn. Right. So let’s talk about that just a second. How have we gotten here? Got about 30 seconds.

Farron Cousins:                  You, you, always have these political realignments, and I think that’s what’s happening. The defense industry right now thinks that the Democratic party is more lucrative for them. So they pump more money in, they send their people to DC, they get them appointed to these positions and it does become more lucrative for them. You know, if there’s a shift in the Republican party in the future, maybe they’ll shift back. Maybe things are good with the Democrats and they ride that gravy train. But it’s, it’s sickening that so many voters accept it.

Mike Papantonio:             Finally tonight some good news. The Biden administration has announced that they’re halting all drilling leases for the Arctic National Wildlife Refuge. It’s a big win for the environment. Farron Cousins joins me again to talk about the story. Take it.

Farron Cousins:                  You know, this is a story that, you know, progressives have been wanting to hear for, for almost a decade and a half at this point, that we’re not going to continue putting more leases out there for ANWR. This is, you know, over a million acres of land that geologists say, maybe there’s billions of gallons of crude oil down there just waiting for us to take, but this is also sacred land for native tribes and, in Alaska. It is a refuge for many endangered species, including polar bears at this point, snowy owls and it’s environmentally sensitive even outside of those endangered species. This is an area, if you have a spill, which would happen, you’re not coming back from that. So we have been fighting the, you know, the, the progressives have been fighting, environmental groups have been fighting since the W Bush administration to make this a reality. And finally, at least temporarily, it is this reality. And it’s, it’s a great thing to see.

Farron Cousins:                  He’s put the whole thing on steroids late last year, kind of sensing that a sea change was coming, which was always very odd to me. He owed nothing to the fossil fuel industry. So why he would do this for them, didn’t make a ton of sense, other than just he felt like doing it.

Mike Papantonio:             Well, I got to tell you something. We, we try to call balls and strikes here. We’re critical of Biden when he does stupid stuff, happens pretty regularly.

Mike Papantonio:             He came in and he said, look, I’m going to be an environmental president. I’m going to change the way we think about energy. I’m going to move us to green. And you know, he said it, and what I love is he’s, he’s trying it, he’s delivering on it.

Mike Papantonio:             And so all of the, you know, one story we do about how he’s packing the, the cabinet with warhawks and war pimps, we got to criticize that. But, you know, when they do something that really matters, you have to say, good job.

Farron Cousins:                  Right. And that’s, you know, the difference. You’ve gotta be able to see through the horrible things and call them out for it while at the same time, understanding that it’s not all black and white. A Republican could do good things. Democrats can do good things. They both definitely do bad things.

Mike Papantonio:             That’s all for tonight. Find us on Twitter and on Facebook @facebook.com/rtamericaslawyer. You can watch RT America programs on Direct TV channel 321. And also, stream them live on YouTube and be sure to check out RT’s new portable app where you can watch all your favorite shows. I’m Mike Papantonio and this is America’s Lawyer where every week we tell you the stories that corporate media is order not to tell because their advertisers won’t let them or because their political affiliations don’t allow for it. Have a great night.