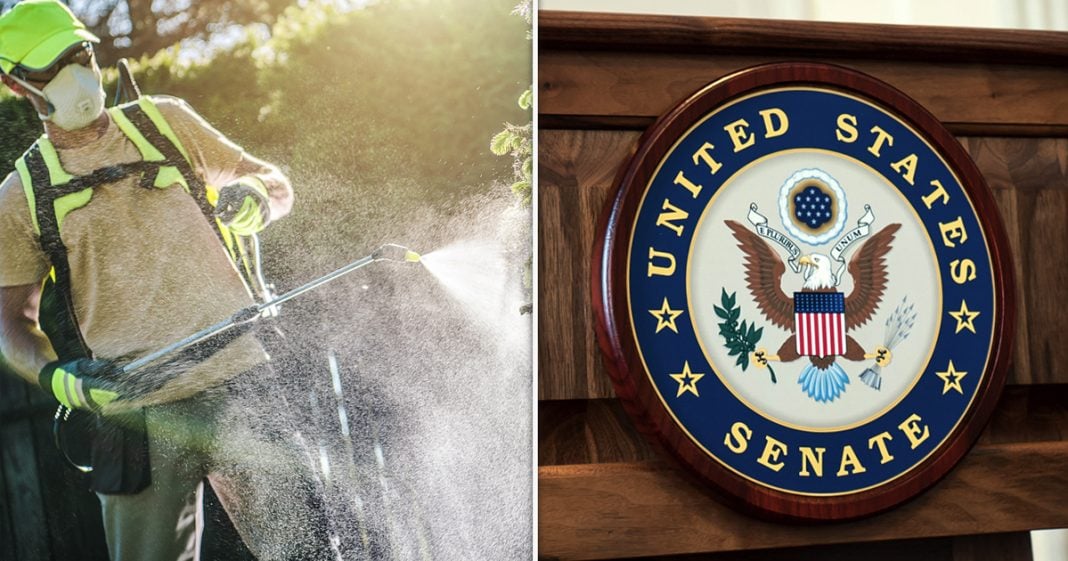 Via America’s Lawyer: The EPA admits to cutting corners during its safety review of Dicamba herbicides under the Trump administration. Plus, pharma giant AbbVie defends its astronomical price hikes of popular prescription drugs including Humira. Mike Papantonio and Farron Cousins discuss more.

Mike Papantonio:             The EPA has admitted that they’ve been altering the data about how dangerous the pesticide Dicamba is for human beings, but they, they won’t jump in and do what they need to do right now. Get it off the market.

Mike Papantonio:             Look, this, we’ve said so many times, this is most dysfunctional and it’s not just the, look, Dicamba and, and, and Roundup were both, I mean, it was Obama. It was the guy before Obama. It was this administration. So I mean, it’s not just, you can’t pin this down in saying this is Republican or Democrat issue. The chemical industry owns Congress. They absolutely own Congress. Lay this story out for us.

Farron Cousins:                  But right now the, the scientists, the actual real people who understand what they’re doing at the EPA came out and they said, listen, we’ve been told for a very long time to phony up the data. We have been told to cover up certain things, to omit a lot of things and ultimately we have been pushed to the wayside in favor of the industry’s own words.

Farron Cousins:                  You know, their own reports. And so we’re real sorry about it. We’re not going to let that happen anymore. But in the meantime, this Dicamba three different kinds of it I think on the market.

Farron Cousins:                  Is going out there being sprayed all over and causing horrific cancers in people all over the country.

Mike Papantonio:             Well, for example, the, the Roundup. This is no, actually let me tell you the story, the story behind the story. This Dicamba was the one that they were going to use. Monsanto was going to use mon, Dicamba to begin with, and they concluded that it was too dangerous. So they come out with Roundup. Roundup cause, and understand, they’re concluding there’s such big problems with it, we got to go Roundup. Roundup causes non-Hodgkin’s lymphoma, causes neurological disease, causes cancer. I mean, the EPA is almost a useless entity.

Mike Papantonio:             I say it, I almost don’t want to say almost. They are a useless entity. I had to go war, to war with them up in the Ohio river valley about C8. They’ve done nothing to help that. It is completely utterly a useless, we may as well not even spend the money on that agency.

Farron Cousins:                  Well, and, you know, the, the, the scientists out there have actually said Dicamba and, and glyphosate, Roundup, there’s really not a whole world of difference between the two.

Farron Cousins:                  And Dicamba is also linked to these DNA mutations. I mean, we’re talking about actually altering who a person is really at this point, horrific cancers. And the EPA says, we’re sorry we covered it up for so long, but we swear we won’t do it anymore.

Mike Papantonio:             Drug companies are using the profits from their outrageously inflated, inflated drug prices to fund ads attacking a bill that would get drug prices under control, spending a ton of money here, man. I, they’ve never spent $450 million in this. I mean this, this kind is the of money going out right now. So they can Jack up prices on things like cancer drugs that are need to live. And they’ve gone to what, 82% on a cancer drug, just in the last year.

Farron Cousins:                  Yeah, they, they, they have, and then of course you have, you know, one of the big ones, one of the blockbuster drugs is Humira. You know, you see, you can’t turn on cable TV without seeing an ad for Humira. They’ve raised the price on that over the last couple of years, 27 different times by 470%. And they made so much money off that, that the executives at AbbVie, who raised the price on it, what it, they made $480 million is what they gave themselves while screwing over consumers. A yearly dose of Humira is $77,000 here in the United States.

Mike Papantonio:             And these guys in the, and the executives have pocketed $480 million just by raising the price on that drug.

Farron Cousins:                  And when they’re not putting this money back into their own pockets, they’re funneling it to corporations in the form of direct donations or paying their high priced lobbyists to go out there and attack any politician that doesn’t want these same companies to go out there and price gouge consumers, and that’s what’s happening now.

Mike Papantonio:             You know, you know what really, I didn’t quite understand this. I hope it’s not true. But it looks like Bernie says let’s negotiate with these, with these mega corporations and see if they’ll work with us. My answer is you can’t negotiate with sociopath’s. They are absolutely sociopath’s, Farron. I’m across the table with them all the time and you know, this guy in another life would be dangerous. He’s dangerous in this life because he’s killing people. Anyway, nothing really changes in the drug market, does it?

Farron Cousins:                  No, absolutely not. And I think we’re beyond negotiating with these individuals. I don’t even think that should be an offer on the table. They’ve had decades to get this under control. They’ve seen the public outrage, the death toll. They’ve refused. So at this point, take it over and make it happen.

Mike Papantonio:             Again it’s not a Republican issue. It’s not a Democrat issue. It is both parties that bow down to this industry every time the issue comes up.