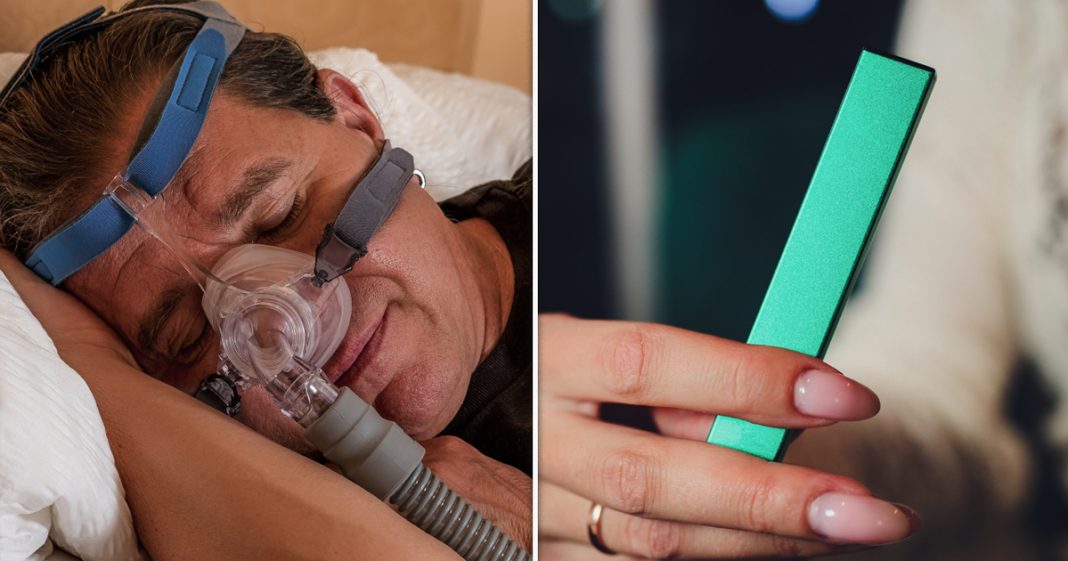 Via America’s Lawyer: Millions of Americans who struggle with sleep apnea depend on CPAP machines and ventilators to get a good night’s rest. Attorney Troy Bouk joins Mike Papantonio to discuss the mass recall of these sleep aids after they were found to contain cancer-causing chemicals. Also, Juul coughs up a $40 million settlement in North Carolina over accusations of marketing its vapes to teenagers. Mike Papantonio and Farron Cousins discuss more.

Mike Papantonio:             Finally tonight some good news. The state of North Carolina has reached a $40 million settlement with Juul over the company marketing their product to teens. The same way the tobacco industry. This is, this is just the tobacco industry. It’s the same folks. They lied to the American public about cancer and heart disease and paid off doctors to say whatever they wanted. But their, their, their, their attempt to go after kids is unbelievable. They’ve had summer camps, right?

Farron Cousins:                  Well, and another thing we found out too, you know, throughout all of this happening and being attacked by the, you know, crazed vapers online, is that they would also put this stuff, make sure that their displays sat eye level with young people, not with adults, but with young people so that would be the first thing they see when they walk into a gas station or a vape shop. You know, as you mentioned, the flavors. They’re sponsoring these events, not just the summer camps, they’ve got vaping tournaments that they’re sponsoring. They’re sponsoring regular sporting events. And North Carolina, you know, a tobacco state of all places finally came out and said enough. The AG took them on, got this good settlement. They can’t sponsor anything. They can’t do their advertisements. They’ve got to redo all of their marketing. And this is a great step forward. Now we need 49 more states to step in and do the same thing.

Mike Papantonio:             Oh yeah. This is not enough money. You know, as you know, our law firm initiated the entire national tobacco litigation, started right here at this law firm. So we had all the documents and it’s very apparent. They’re using exactly the same game plan that they used to get mama and granddaddy addicted to, to nicotine. This is just part of the addiction program.

Mike Papantonio:             They understand if you can get a child addicted at around 16 years old, that you’re going to have loyalty to the brand throughout their entire years or so. Anyway, you’ve written some great stuff about it, continue writing, okay.

Mike Papantonio:             That’s all for tonight. Find us on Twitter and Facebook @facebook.com/rtamericaslawyer. You can watch all RT America programs on Direct TV channel 321. Also stream them live on YouTube. And by the way, be sure to check out RT’s very interesting new portable app, where you can watch all your favorite shows. I’m Mike Papantonio and this is America’s Lawyer where every week we tell you the stories that corporate media is ordered not to tell because their advertisers won’t let them, or they’re not able to tell the story because of their political affiliation. Have a great night.