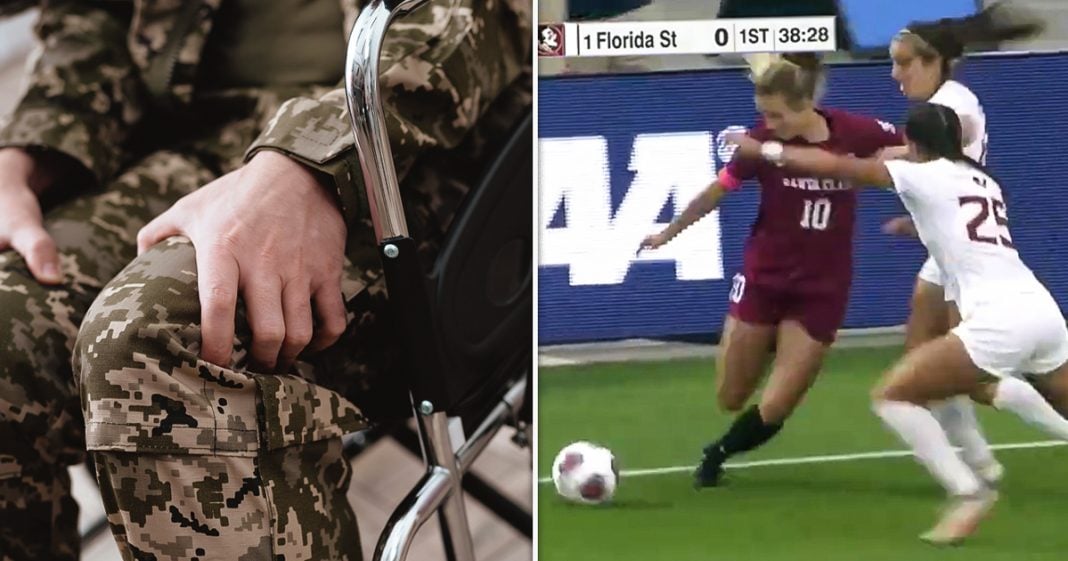 Via America’s Lawyer: Hundreds of service members were promised compensation for medical malpractice over a year ago. So why haven’t they seen a penny from the Pentagon yet? RT correspondent Brigida Santos joins Mike Papantonio to explain how troops and veterans are still awaiting payouts to the tune of $2 billion. Also, a huge victory for college athletes as the Supreme Court unanimously rules in favor of finally allowing them to profit off their name and likeness. Mike Papantonio and Farron Cousins discuss more.

Mike Papantonio:             Finally tonight, some good news. The Supreme Court issued a ruling that could finally put an end to the era of unpaid student athletes. Farron Cousins joins me again to explain what’s happening. Lay this story out. This is a great, this is a great beginning going after the NCAA.

Farron Cousins:                  It, it really is and shocking decision, unanimous from the US Supreme Court, nine to zero, says no NCAA you cannot bar colleges from providing financial academic incentives to students. And that is a clear distinction.

Farron Cousins:                  Right. Yeah, the, the one the NCAA chose to challenge was you can’t give a student athlete a laptop for their classes. Supreme Court says, nope, you actually can do that. This is not payment. This is something that is beneficial to the, the, I don’t want to say child, but to the young person’s education.

Farron Cousins:                  They did. Believe it or not, Kavanaugh of all people in his concurring opinion, basically with a wink and a nod said, listen, if y’all want to challenge, uh, the rest of the NCAA, you’d probably find a friendly court up here.

Farron Cousins:                  Well, and the, the NCAA is meeting this week and we could see the entire, you know, concept of paying student athletes lifted in the near future and that’s what these, these kids deserve. They’re out there risking everything. Colleges use them as marketing tools, their images and everything. It’s time for these people to get paid for it.

Mike Papantonio:             That’s all for tonight. Find us on Twitter and on Facebook @facebook.com/rtamericaslawyer. You can watch all RT America programs and Direct TV channel 321 and also stream them live on your YouTube and be sure to check out RT’s new portable app, where you can watch all of your favorite shows. I’m Mike Papantonio and this is America’s Lawyer where every week we tell you the stories that corporate media is ordered not to tell because their advertisers won’t let them or because their political involvement doesn’t allow for it. Have a great night.