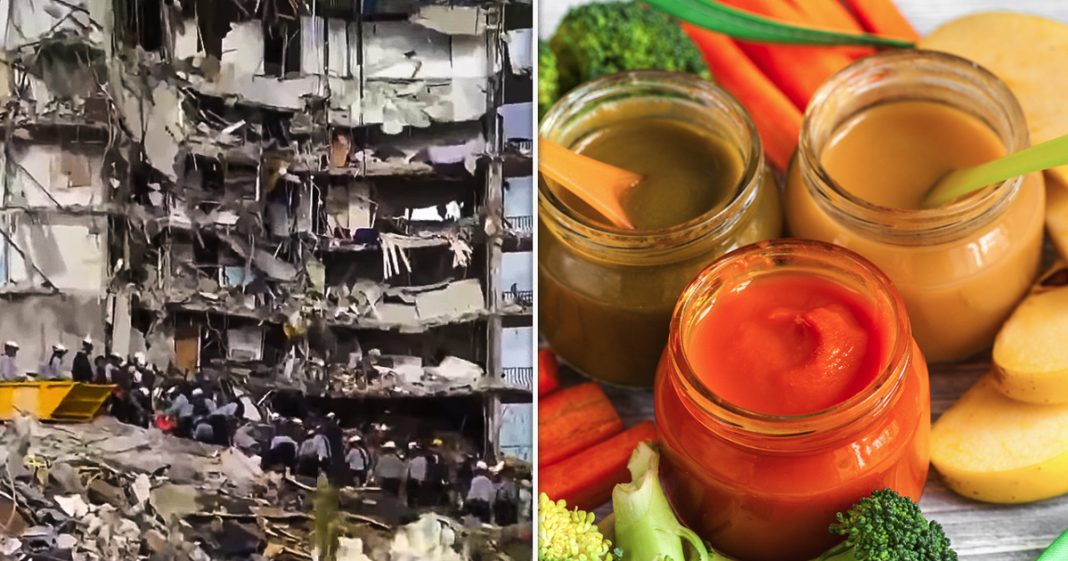 Via America’s Lawyer: Prior to the devastating condo collapse in Miami, engineers had known about structural red flags for years. Mike Papantonio and Farron Cousins discuss more. Also, in February, the House of Representatives released an alarming report about toxic heavy metals found in popular baby foods, which can cause long-term developmental harm. Attorney Madeline Pendley joins Mike Papantonio to discuss how manufacturers now face a bundle of class-action lawsuits.

Mike Papantonio:             The Miami apartment complex that collapsed last week shocked the nation, but it didn’t shock the engineers who’d been warning about that possibility for years. They put it down on paper, didn’t they, Farron? They said, here are the problems, you got cracks in the foundation. You got cracks in the wall. The whole building is sinking. The steel that’s supposed to be surrounded with concrete, the cracks in that concrete is causing the steel to break down and corrode.

Farron Cousins:                  Yeah. And another thing too, the pool, you didn’t slant it. So the water sits at the bottom underneath the pool, corroding the concrete. And as you said, that salt air from those cracks around the steel beams and that concrete, that helps erode that, the oxygen getting to it. And the engineers pointed this out in 2018 and they said, listen, you may not be in imminent danger of collapse, but the clock is ticking. Here are your problems. You need to address these as soon as possible. And even when you rewind even further than that, 2015, I think it was.

Farron Cousins:                  Yeah. They, they faced a major lawsuit, which they ended up settling for similar problems with one of the tenants.

Mike Papantonio:             Yeah. This is not, this, this is not great intellectual analysis here, you know, you’ve got salt water. Okay. So on the salt water, the salt water corrodes. If you have cracks in the beams that hold the building up, that causes those beams to corrode. Other part of it is the, the, the building is sinking into the ground. And as it sinks into the ground, because it’s built on sand, I don’t care what kind of foundation you put in it, it’s sinking on sand. And so there’s supposed to be a re, kind of a relook every 40 years, 30 or 40 years, they’re supposed to come in and recertify the safety of the building. So, so my understanding of this, that the worst thing about it is they were told, look, this is about a $10 million project. You know, go spend the $10 million. You’ve made hundreds and hundreds of millions on this building already. Spend the $10 million and they were supposed to meet about it.

Farron Cousins:                  Right. That, that that’s one of the sickest parts is that this is, you know, a relatively cheap fix. You didn’t have to go and break the bank for this. You had the money. They had, apparently in recent months, been meeting with contractors to actually start the bidding process. But again, that’s still three years after the engineers gave you the warning. It’s six years after the first lawsuit you faced over not fixing these issues. They knew about these problems for years and years and years, they dragged their feet, you know, waited as long as humanly possible. And unfortunately time caught up with them, time, beat them on this. And that’s what led to this collapse and the deaths.

Farron Cousins:                  Right. Including the sister property to this one, which has also been evacuated now. So yes, this could be a more systemic problem down there in South Florida. It certainly is a very vulnerable area for buildings. You know, the sea air, the salt, all of this adds up, the storms that they face, the effects of climate change in the region.

Mike Papantonio:             Yeah. I mean, the worst thing they can do is make this into political volleyball. It’s the reality, you’re going to have to fix the problem. And so they just need to fix it. They need to do whatever has to take place, no blame game. You did this governor Chiles, you did, whoever, you know, whatever it is. They’ve got to deal with the problem.