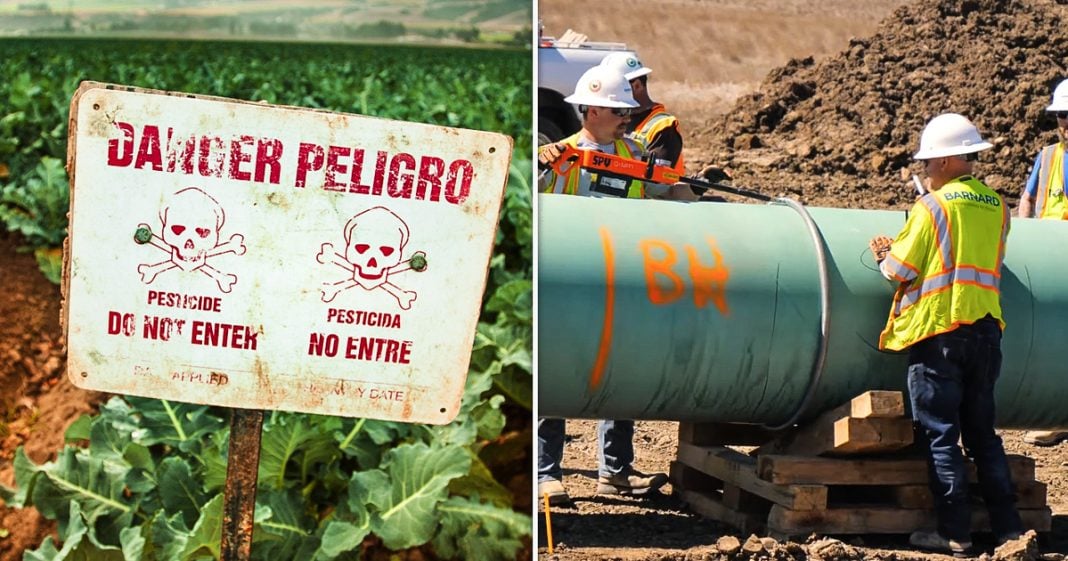 Via America’s Lawyer: Roundup is far from the only herbicide that’s caused concern among medical professionals. Paraquat has been around since the 90’s and has been called the deadliest weedkiller on the planet after being directly linked to Parkinson’s disease and a litany of other deadly ailments. Attorney Alex Taylor joins Mike Papantonio to describe how regulators have whitewashed the dangers of Paraquat over the course of decades. Plus, Environmentalists cheer the official end of the Keystone XL Pipeline as TransCanada finally pulls the plug on the hotly-debated project. Mike Papantonio and Farron Cousins discuss more.

Mike Papantonio:             And finally tonight, some good news. The Keystone XL Pipeline is officially dead after TransCanada pulled their application for the project last week. Farron Cousins joins me again to talk about this. Hallelujah. You know, what, look what it took to do it, it took efforts, I mean, what’s so interesting about this story is it just, it wasn’t just environmental activists that did it. I mean, you had farmers, you had landowners, you had climate activists, you had ranchers, you had indigenous communities that all said, this is a bad idea.

Farron Cousins:                  It literally took everyone available to kill this project, which spanned four different presidential administrations, Bush, Obama, Trump, and this year with Biden. And it took every single person coming together to finally put an end to this. And I have to tell you, you know, I’ve been doing articles about the Keystone XL and the dangers associated with it since the early days of the proposal for the pipeline. The first TV segment I ever did was talking about the Keystone XL Pipeline.

Farron Cousins:                  So this is a project obviously near and dear to me now that it’s, it’s dead and gone. I certainly didn’t contribute nearly as much as anybody else. But telling the truth about it constantly, you know, helped some.

Mike Papantonio:             I mean, Canada said, okay, we can’t overcome that. They fought it as long as they could. I don’t care how militant the activists were. I don’t care how bad they looked, how bad the PR was for them in this country. They lived through it and I think the end of the story was it had to be, it had to be regulators saying, look, we have to help too. We have to do something meaningful too. And finally, every now and then you get regulators or you get, to do the right thing. And that happened here, huh?

Farron Cousins:                  Yeah, it did. And, and that’s exceptionally rare to do and Biden also responding to public pressure, you know, put the brakes on the pipeline earlier this year, one of his first acts, I think, within his first week of the administration. So he’s been instrumental in this, the regulators stepping up were, but it’s those really the people that were on the field out there every day, you know, covering this issue. Those are the ones, you know, that really got this in the news to begin with, because if they hadn’t started this, we wouldn’t even know the thing existed and I promise you, it would already be in operation today.