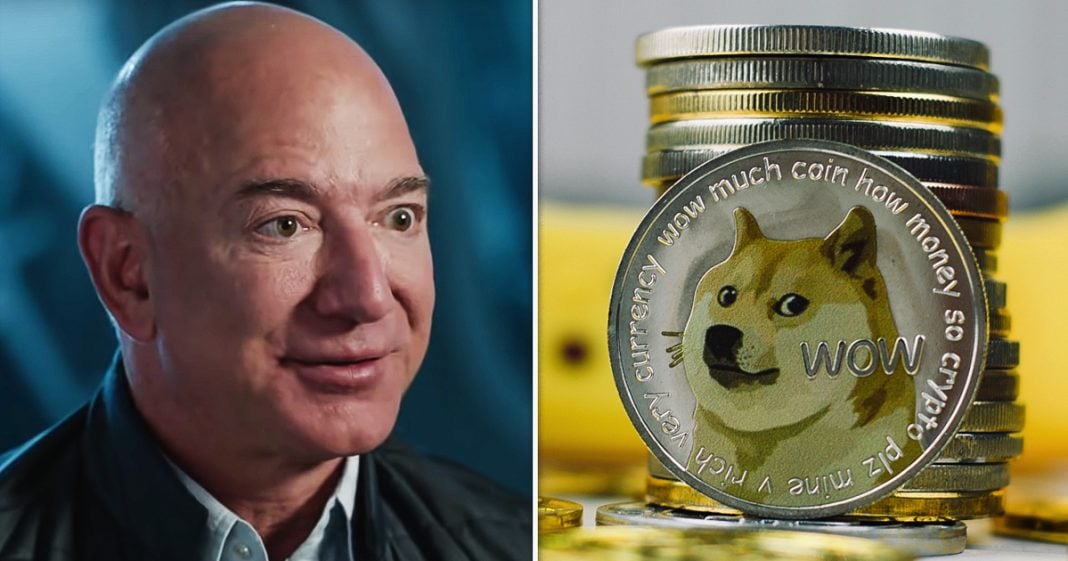 Via America’s Lawyer: The gig is up for America’s wealthy elites, as a new report shows billionaires have been paying just 3% in income taxes using a wide array of loopholes to protect their fortunes. Mike Papantonio and Farron Cousins discuss more. Then, following the ransomware attack on the Colonial Pipeline, the DOJ recovers over $2 million in Bitcoin. Mike Papantonio is joined by Boom Bust co-host Ben Swann to explain how regulators should focus on strengthening cybersecurity infrastructure instead of pointing the finger at crypto.

Mike Papantonio:             After a report last week revealed the tax avoidance schemes of America’s wealthiest billionaires, the government decided that the people who leaked the story, that they were the villains, crazy as it may seem. Joining me to talk about this is Farron Cousins. Farron, as soon as I saw this story, first of all, I’m thinking these are folks that have deprived the tax system of billions and billions of dollars. Pick it up from there.

Farron Cousins:                  Yeah. Billions and billions of dollars every year that they weren’t paying their taxes or paying far less than what they should have. And so what we have here is ProPublica put together this phenomenal reporting, exposed this. They got their hands, it was leaked to them, actually, the tax documents of people like Jeff Bezos, Warren Buffet, George Soros, Elon Musk, and they all determined based on this, these individuals had been using these tax avoidance loopholes, really. Because nobody’s been accused. Let’s be clear. Nobody’s been accused of doing anything illegal with this tax avoidance that we know of. But they are starving the federal government. They’re getting all this special treatment from the government. And the DOJ says, well, it’s illegal to leak these records. So we’re going to punish whoever did this.

Mike Papantonio:             Okay. So this is how they do it. The company buys them yachts. It buys them vacation homes all over the world. It, it, it buys them investments that they didn’t have before. And that’s not taxable income.

Mike Papantonio:             Although it’s billions of dollars worth of wealth, it’s not taxable. And the number that I saw was $400 billion should have been paid, $400 billion, and they paid $13 billion. Those are the numbers that they came up with. But the real turn on this is, well, we’re not really worried about that. We, we’re worried about the fact somebody leaked it. Who is, it’s like, it’s like the Assange story. You know, it’s the same story. The Snowden story. We’re really mad about the people who told us that all this bad stuff was going on and we want to find out who they are. And the department of justice and the IRS says those are the people we’re going after.

Farron Cousins:                  And, you know, the reason they do that is because they’ve shown how the system works. They’ve shown how rigged this system is because that’s what’s happening here. This is a rigged system for these wealthy billionaires who, you know, fund all kinds of political activities. And of course, Bloomberg who’s one of the people actually ran for president after being governor of New York. And so these people, the Bloombergs, the Musks, the, the Bezos’, control so much of what actually takes place in Washington, DC. Not only do they fund the politicians, but they fund the lobbyists. The lobbyists are the ones who then go before Congress, meeting behind closed doors, saying, we need these tax loopholes. It’s something small, you know, only a hundred people qualify for it. Nobody’s even going to notice. But if you give us that, you know, you’re going to get more donations.

Mike Papantonio:             Crypto traders have long insisted that digital currencies like Bitcoin are more secure than their fiat currency counterparts, but recent cyber attacks are causing a stir among regulators who fear ransomware could plague the world of crypto. Boom Bust cohost Ben Swann joins me to talk about it, a guy who knows more about this than any 100 people. Ben, following the cyber attack on the colonial pipeline, the justice department’s, they, they, they turn over $2 million of ransomware payments in the form of Bitcoin. Talk to us about exactly what happened there.

Ben Swann:                           Yeah, kind of an interesting story, because obviously colonial pipeline, so many people were familiar with that part of the story. Had access to their pipeline shut down for a couple of days. It caused huge gas lines across the country, shortages of jet fuel, diesel and gasoline. Now, what’s really interesting about this story though, Mike, is it’s been kind of misreported in certain ways. In that, for instance, we were led to believe early on that when these hackers first hit colonial pipeline, that the hackers were the ones who shut off access to fuel in exchange for a ransom of about $4.4 million in Bitcoin. Turns out that’s actually not true. What we now know of course, by word of the CEO himself, the truth is the hackers actually only gained access to the billing department. And then the CEO of the company was the one who shut down access to the fuel, then decided to pay this ransom of $4.4 million.

That a couple of days later, the justice department and the FBI came back and said, well, actually we were able to claw back about $2.3 million worth of that ransom. Now, that sounds very impressive to say you were able to do this because remember the whole concept behind cryptography and Bitcoin is that you can’t hack it. You can’t get to it once a transaction has been made. And so it made the FBI sound pretty powerful. It made them sound as if they had done something truly remarkable. But then when you dig into the details, what you actually find out is there was a warrant that was issued to a San Francisco based company, it maybe Coinbase, perhaps, which is essentially for your viewers who don’t know a lot about Bitcoin, is a third party wallet. Which means that the justice department was able to gain access to a wallet and that’s how they get it, they did it. They didn’t hack Bitcoin. They were able to get into a third party wallet.

Mike Papantonio:             Yeah. They were pretty much, they were pretty much beating on their chest making it look like they had saved the day, but that really is not this story, is it. Now the federal government is taking a closer look at how to regulate cryptocurrency. But given the number of cyber attacks in recent years, shouldn’t their focus be on strengthening cybersecurity and infrastructure instead of the goose, the wild goose chase that they’re always on? I mean, isn’t that the easy way to do this?

Ben Swann:                           Yeah. That’s, that’s absolutely right. The concept that you’re going to go after cryptocurrency to end ransomware is kind of nonsensical, especially when you consider the fact, Mike, that ransomware attacks predate cryptocurrency. There have been ransomware attacks long before the, the ransoms were paid in crypto, number one. And number two, with a company like colonial pipeline, consider this, that the justice department also did recognize that they had not even been doing basic two factor authentication in order to get into your system. So for a person who just has, for instance, a Coinbase account, and has a couple of Bitcoin, or maybe they have fractions of Bitcoins or some Dogecoin out there, in order to have that account with a Coinbase or a Kraken, you have to have two factor authentication in order to be able to get into your system. Why does a company that is running 45% of all the fuel in the entire east coast of the United States not have that basic two factor authentication built into their systems? It’s nonsense. That should be the focus.

Mike Papantonio:             Yeah. Yeah. I mean, there should be, look, there should be people fired over all that. They won’t be. It’ll be, you know, we’ll see it again. We’ll say the same facts play out again because we can’t fire them. I mean, no, they’re too important. You know, that’s always the problem when you, when you follow a story like this, that reoccurs and reoccurs, and you say the easy solution, get rid of the people who made these decisions. Look, investors have flocked to cryptocurrencies like Bitcoin because, because they aren’t regulated. If federal agencies do step in, how do you see this affecting the market?

Ben Swann:                           Well, it’s going to affect the market. Part of the problem is, is that the regulators don’t want to regulate it as a currency. So they’re doing everything they can to try to prevent calling Bitcoin a currency. You have a country like El Salvador that just became the first nation in the world to actually treat Bitcoin as legal tinder. Right. They don’t want to do that here in the US, you don’t want to recognize it as a currency. So instead they want to treat it like an asset. They want to tax it differently. They want to regulate it differently. And the problem is there are many different kinds of cryptocurrencies that have different functions. A lot of them, you would call them utility coins. So a lot of your viewers may have heard of Ethereum. Ethereum’s a utility coin. And so there’s a specific usage for it. The bottom line is that the market will respond to how government responds, but you have the government not treating this, I don’t think in a, in an authentic way. And instead they’re treating it in a way where they’re trying to call it one thing, tax it in one way, go after it in another way, prevent abuse of it, but do everything except call it a currency. And that’s part of the problem.

Mike Papantonio:             Yeah, it’ll be another decade before the government actually catch on, catches onto what’s happening. Ben Swann from Boom Bust, excellent show every day you appear. Thank you for joining me. Okay.