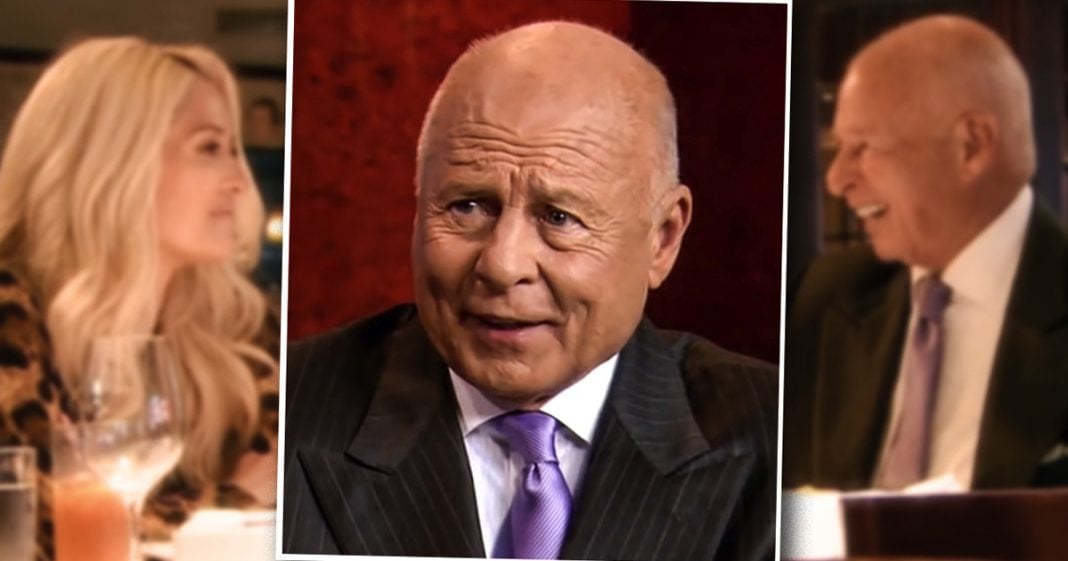 Mike Papantonio:             Hollywood attorney Tom Girardi hasn’t just been rubbing shoulders in Beverly Hills, he’s been pumping millions of dollars into political contribution. He’s been buying influence from major politicians, including none other than Joe Biden. Attorney Archie Lamb joins me to talk about this. Archie, you, you’re very, very familiar with California politics and you’ve handled some of the biggest cases in the country and a lot of it is centered out in California. What, what is Tom Girardi accused of? Let’s start there to let the viewers understand how awful this story is.

Archie Lamb:                        Well, he’s accused of a lot of things and that’s, that’s misuse of his huge power through wealth. But the biggest problem is he violated the cardinal rule of all lawyers and that’s siphoned, siphoning off clients money for his own personal use.

Mike Papantonio:             So here we have a lawyer that’s probably known better for the Erin Brockovich case. Although, you know, Erin did most of that case, Girardi didn’t do it.

Mike Papantonio:             But he’s the one that got all, oh, this is a great lawyer. I think they settled that for $250 million. Even back then, there was question about whether or not the clients were getting their money and then it kept resurfacing, Archie, that as I look at this history, kept research, resurfacing with the California bar where they said something is not right about Tom Girardi and the way he’s, he’s handling this money. How does, how does the, how does that bar association with all of that staff and all that influence just drop the ball and say, yeah, keep stealing from clients?

Archie Lamb:                        Okay. So you have to look at what an evil genius this guy was. Yes, with Brockovich, he got a lot of money, a lot of notoriety, but it’s how he used the wealth that really is what made the difference. The Supreme Court of California controls the bar, the leaders of the bar determine who gets investigated and how, and what Girardi did is he, he, he engendered this trust by campaign. He’s probably the largest Democrat, Democratic fundraiser in California for three decades. And so what he did is by getting judges elected and politicians elected, controlling the leadership of the bar, he sort of kept in the can the investigations of him, by controlling those people.

Mike Papantonio:             Archie, I have a story, I know you’re aware of it, where he actually bought a Mediterranean trip, $350,000 on a boat, a Mediterranean trip. And in there were included staff from the bar that’s supposed to be saying these reports we’re getting are serious, Tom, we need to take, take and audit. Judges were on the Mediterranean trip, 10 judges that he had helped get appointed. How did he even do that? How does a guy say to a governor, this was governor Brown, I mean, this was Jerry Brown buddy. This has got Jerry Brown all over it. It’s got Gavin Newsom all over it.

Mike Papantonio:             Gray Davis, exactly. How does it happen that they have so much influence that they say, I want this judge? How does that happen?

Archie Lamb:                        It’s the political system of campaign finance that we have and they hide the money. Nobody knows. And yet he was so brilliant in terms of befriending the most powerful people over his misconduct that he paralyzed the system.

Mike Papantonio:             Yeah, there’s a story that is, it’s infuriating. The, the, the CEO for Hewlett Packard, the state, the state attorney had her on the ropes. The DOJ had her on the ropes. Real bad stuff happening with this woman. So what he does is goes to one of the judges and says, hey, can you do me a favor? The attorney general, goes to the attorney general, can you take the heat off of that person who’s my friend and put it on this person who I don’t know, who really had nothing to do about it? Can you change the prosecution target? That’s the kind of stuff that you keep hearing as this, as these stories keep coming out. How in the world would the California bar not understand what this thug was up to for so many years?

Mike Papantonio:             Yeah. We, we’re talking about orphans and widows. We’re talking about plane crashes where the, the wife loses her whole family and Tom Girardi takes the money to, to improve his mansion or to buy another G4 jet that can fly internationally. It’s the most disgusting story I’ve heard in so long. And, and for the, for the California bar, this is what really bothers me, California bar said, oh, we got it wrong. We’re so sorry. And you know what? They still haven’t opened up the files to where we can see how much damage this guy did. Why? Because they’re protecting themselves, aren’t they?

Archie Lamb:                        No, it’s, it’s, they’re correct, protected by statute. They’ve done, they’ve done audits of the behavior of the California bar and really what they did is they moved the staff away from investigation, the experienced people, to supervision. And so they didn’t want to raise the curtain and see the dirty, dirty laundry underneath.

Mike Papantonio:             Well, I mean, look, they’ve done this massive audit. They know he did this for this judge. He, he did this for this politician. And nevertheless, we have the California bar saying, we’re not going to release that because of attorney client privilege. That’s nothing, nothing but a hideout. When you analyze attorney client privilege, it doesn’t go to that kind of thing. But this is their hideout, isnt it?

Mike Papantonio:             And it goes on and unless, unless that, that audit actually asks other questions besides about Mr. Girardi and goes after some of these other stories, it just perpetuates itself. Doesn’t it?