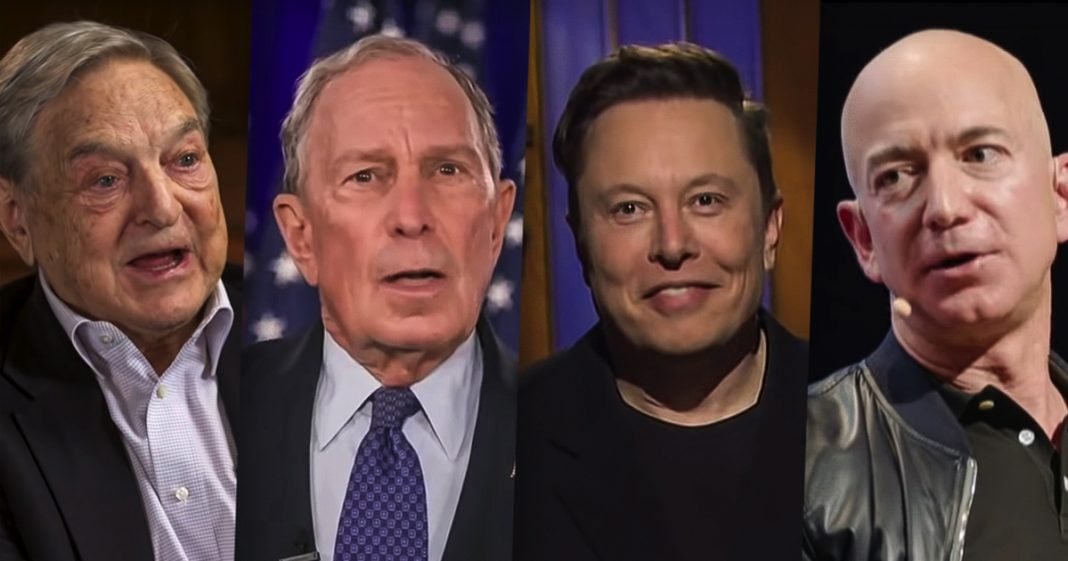 Via America’s Lawyer: The gig is up for America’s wealthy elites, as a new report shows billionaires have been paying just 3% in income taxes using a wide array of loopholes to protect their fortunes. Mike Papantonio and Farron Cousins discuss more.

Mike Papantonio:             After a report last week revealed the tax avoidance schemes of America’s wealthiest billionaires, the government decided that the people who leaked the story, that they were the villains, crazy as it may seem. Joining me to talk about this is Farron Cousins. Farron, as soon as I saw this story, first of all, I’m thinking these are folks that have deprived the tax system of billions and billions of dollars. Pick it up from there.

Farron Cousins:                  Yeah. Billions and billions of dollars every year that they weren’t paying their taxes or paying far less than what they should have. And so what we have here is ProPublica put together this phenomenal reporting, exposed this. They got their hands, it was leaked to them, actually, the tax documents of people like Jeff Bezos, Warren Buffet, George Soros, Elon Musk, and they all determined based on this, these individuals had been using these tax avoidance loopholes, really. Because nobody’s been accused. Let’s be clear. Nobody’s been accused of doing anything illegal with this tax avoidance that we know of. But they are starving the federal government. They’re getting all this special treatment from the government. And the DOJ says, well, it’s illegal to leak these records. So we’re going to punish whoever did this.

Mike Papantonio:             Okay. So this is how they do it. The company buys them yachts. It buys them vacation homes all over the world. It, it, it buys them investments that they didn’t have before. And that’s not taxable income.

Mike Papantonio:             Although it’s billions of dollars worth of wealth, it’s not taxable. And the number that I saw was $400 billion should have been paid, $400 billion, and they paid $13 billion. Those are the numbers that they came up with. But the real turn on this is, well, we’re not really worried about that. We, we’re worried about the fact somebody leaked it. Who is, it’s like, it’s like the Assange story. You know, it’s the same story. The Snowden story. We’re really mad about the people who told us that all this bad stuff was going on and we want to find out who they are. And the department of justice and the IRS says those are the people we’re going after.

Farron Cousins:                  And, you know, the reason they do that is because they’ve shown how the system works. They’ve shown how rigged this system is because that’s what’s happening here. This is a rigged system for these wealthy billionaires who, you know, fund all kinds of political activities. And of course, Bloomberg who’s one of the people actually ran for president after being governor of New York. And so these people, the Bloombergs, the Musks, the, the Bezos’, control so much of what actually takes place in Washington, DC. Not only do they fund the politicians, but they fund the lobbyists. The lobbyists are the ones who then go before Congress, meeting behind closed doors, saying, we need these tax loopholes. It’s something small, you know, only a hundred people qualify for it. Nobody’s even going to notice. But if you give us that, you know, you’re going to get more donations.