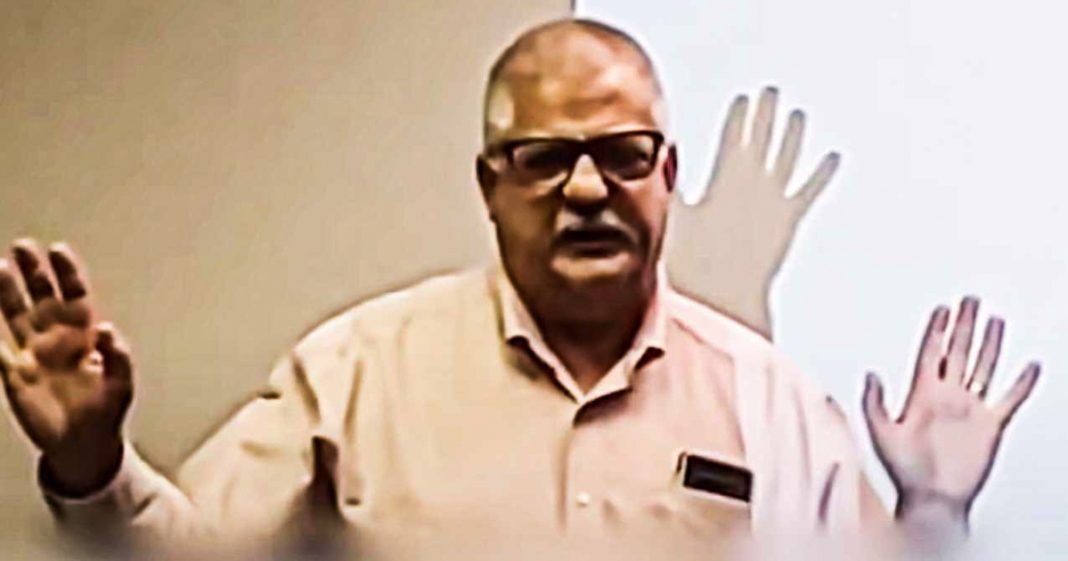 An Oregon state Republican lawmaker named Mike Nearman is on video teaching a room full of angry conservatives how to breach the security of the Oregon Capitol building (they had a violent riot there in late December), and his teaching even included telling them to text him and he would open “the right door at the right time.” He has been charged with two minor counts, but clearly he needs to be charged further now that this video evidence has emerged. Ring of Fire’s Farron Cousins explains what’s happening.

Shortly before Christmas last year, on December 21st, 2020, a gaggle of rabid right wing rioters entered the Oregon Capitol through a side door that was opened by Republican state representative Mike Nearman. There was a big clash with police, didn’t actually gain the kind of national coverage that it should have and obviously, you know, two weeks after that, it was overshadowed by the Capitol riot, but it happened in Oregon first. And Mike Nearman that Republican Representative who opened that door, didn’t do it by accident because video emerged over the weekend of Nearman speaking to a group of rabid Republicans, telling them how to breach the Oregon State Capitol.

Nearman told the crowd, first of all, this was operation hall pass. He told them, which I don’t know anything about and if you accuse me of knowing something about it, I’ll deny It. And then he proceeds to tell them what to do. He had a PowerPoint presentation, showed them where to go and then he said, he gives out a random phone number, which he says is just random numbers that I spewed out. It was actually his phone number and says, if people were to text it with their location, somebody might exit through the right door at the right moment. And that is exactly what he did. He exited through the right door at the right moment and those rioters were able to enter the Capitol because he let them In.

Now, Mike Nearman Is still serving in the Arizona or Oregon, excuse me, state legislature. He has not been reprimanded. He’s been charged. He’s facing two charges, misdemeanor counts of first degree official misconduct and second degree criminal trespass. So a couple of misdemeanors. So he’ll probably get some community service, maybe just some fines, but probably no jail time. But now that we have this video, which again was just released this past weekend, showing him instructing these individuals on how to try to pull off their little insurrection in Oregon, I think it might be time to revisit those charges. I think we’re looking at felony charges against Mike Nearman now.

And if we’re not, then nothing matters. Nothing matters anymore. If Mike Nearman is not sent to prison for instructing these people who are, by the way, facing felony charges, but if he’s not sent to prison for this, nothing matters anymore. Nothing matters anymore. He told them what to do. He gave them his phone number. He was an active participant. This whole plan could not have been pulled off unless Mike Nearman did his job. He’s a co-conspirator at this point and he needs to face according justice. Because again, if he doesn’t, if he just gets slapped with a fine, maybe community service, even if he just gets kicked out of his committees in the Oregon state legislature, if those are the only punishments he faces, then one, he’s not really being punished. And two, it shows us that nothing matters in this country anymore.